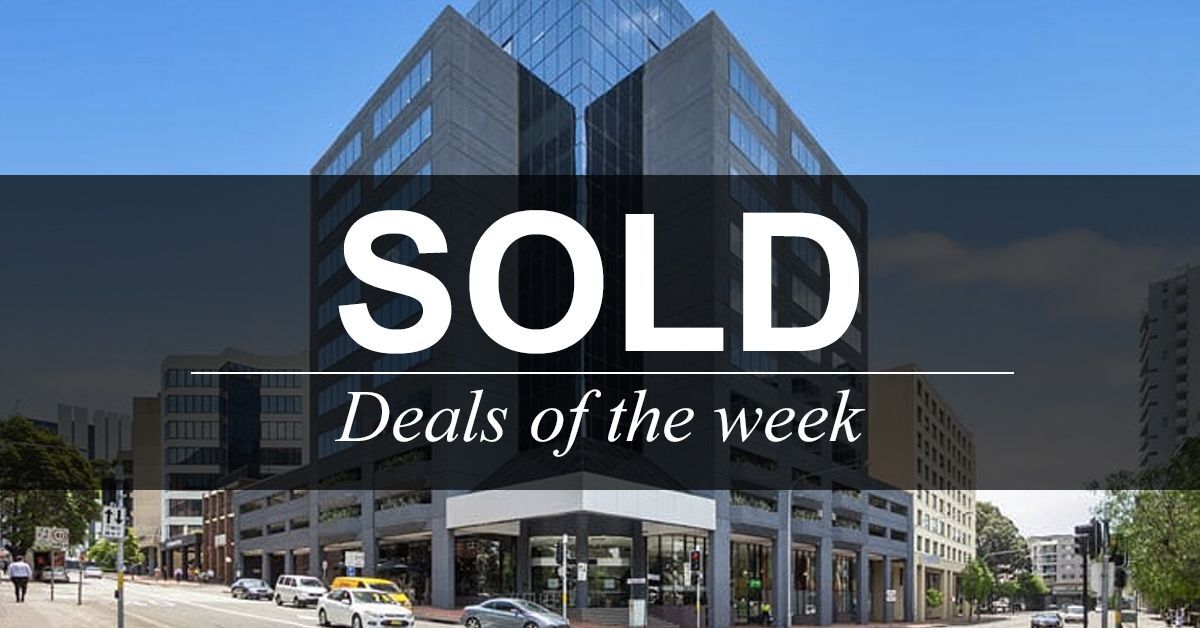 COLLINGWOOD - $31.6 million
A half-leased and incomplete office block in Melbourne's bustling Collingwood has traded hands from Pace Development Group to an unidentified private investor for $31.6 million.

The deal is seen to be representative of a growing demand for whole-floor leases by smaller tenants and demand for higher-yielding assets by investors.

The yet-to-be-completed 11-level tower is located at 51 Langridge Street and was designed by SJB, with floorplates ranging from 256sqm to 332sqm. The project is expected to be completed in early 2020.

MENTONE - $15.3 million
A Coles supermarket in Melbourne's south-east has sold at auction for $15.3 million, well past the vendor’s reserve.

Situated at 81 Mentone Parade in Mentone, the property comprises a freestanding 2,854sqm supermarket leased to Coles, returning a net annual income of $519,785.

CBRE's Mark Wizel, Justin Dowers and Kevin Tong handled the sale and said that inquiry leading up to the auction had been "through the roof".

"Standalone supermarkets are standout performers in pretty much any market," Mr Wizel said.

The tower is located at 2-10 Wentworth Street and was originally purchased by the fund in 2014 for $45.1 million and recently listed it for sale following the completion of the fund's five-year term.

"When we purchased Wentworth Street in December 2014, our view was that the Parramatta office market was poised to benefit from a number of positive factors, including improving infrastructure links, the decentralisation of NSW government departments, and the overall gentrification of the area," Centuria joint chief executive Jason Huljich said.

“At the same time, A-grade office vacancy was below 1 per cent, which we believed could support stronger tenant appetite for quality office properties, which in turn would mean upward pressure on rents – which the Parramatta market has seen in recent years.”

Situated in Sydney’s CBD fringe at 19A Boundary Street, the converted warehouse was purchased by previous owners Haben Property Group in 2017 for $63.5 million and was sold fully leased.

GLENDENNING - $26 million
A 3.9-hectare logistics industrial landholding in Sydney's west has been scooped up by a Charter Hall-managed Core Logistics Partnership for $26 million.

Situated at 56-62 Glendenning Road in an industrial precinct within the suburb of Glendenning, the property was presented to the market with potential for a $60 million multi-unit estate redevelopment.

ROCKDALE - $3.26 million
A Rockdale boarding house with 15 studio apartments that was completed in 2018 has just has sold for $3.26 million.

GOULBURN - $2.5 million~
A local publican has secured the Southern Railway Hotel in Goulburn, right off the back of picking up another Goulburn pub, The Empire Hotel, last month.

Located at 188 Sloane Street, the traditional pub was founded in 1872 and is believed to have reached settlement just shy of $2.5 million.

VIRGINIA - $4 million
An investor has snapped up a freehold warehouse in Brisbane’s Virginia with A-grade office after successful post-auction negotiations for $4 million.

Located at 78 Pritchard Road, around 13km from the Brisbane CBD, the property comprises of a 3,000sqm building positioned on a 6,222sqm* allotment with ‘General Industry’ zoning.

The asset was marketed and sold by Ray White Commercial’s Chris Massie and Nathan Moore.

Situated at 2053-2059 Moggill Road in Kenmore the property comprises two adjoining, refurbished buildings and was targeted at a new owner wanting a ‘set and forget’ investment.

O’CONNOR - $2.1 million
An older-style office/warehouse in Perth’s south-west has sold for $2.1 million to a local investor.

The property is located at 11 Stockdale Road in O’Connor and comprises a 1,100sqm building on a 4,049sqm block of land. The deal was struck with a four-month lease back to the previous owner.

The 310-hectare site offers close to 86 hectares of established vines with 95 hectares of additional undeveloped land. The recent acquisition comes just weeks after the company secured 142 hectares of vineyards in McLaren Vale. The recent Riverland purchase brings the Randall Wine Group into the number one spot as the largest owner of land under vine with a total of 750 hectares.

"The (Riverland) vineyard was strategically acquired to supply quality grapes for the group’s newly established wine brand in China," former winemaker and owner of the company, Warren Randall said.