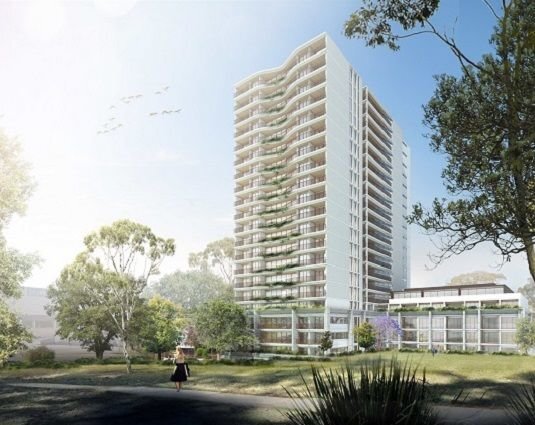 Home owners in Sydney’s Macquarie Park have come together to sell three apartment blocks to developers for a potential new landmark apartment tower.

Following the current rate of success amongst Sydney home owners combining their properties and selling off the land to developers, 41 apartment owners signed a deed of agreement to sell the blocks, each containing 15 two-bedroom apartments, providing 91 per cent unit entitlements.

The current development controls for the merged site would allow a developer to build a new mixed use landmark tower of comprising around 200 apartments plus three commercial suites (STCA) up to 65 metres.

A potential new development on the site could rise to about 21 storeys and contain a Gross Floor Area of 17,334 square metres.

“Rezoned opportunities like this rarely become available in growth suburbs of this scale and we expect significant interest from local, interstate and offshore developers, looking to make their mark in Sydney,” Mr Cooke said.

Macquarie Park has plans to grow to the fourth largest CBD in Australia by 2030 by doubling its current working population of 40,000 employees and expanding from 850,000 square metres of commercial space to potentially over 2 million square metres.

“Since 2009, when the Chatswood to Epping Railway line opened, the demand for investor and owner occupier grade dwellings has soared, with the average unit growing from $416,000 to $796,000 or an average of 11.8% per annum,” continued Mr Cooke.

Based on recent site sales in the area it is understood that interest for the site will be in the range of circa $65 million.