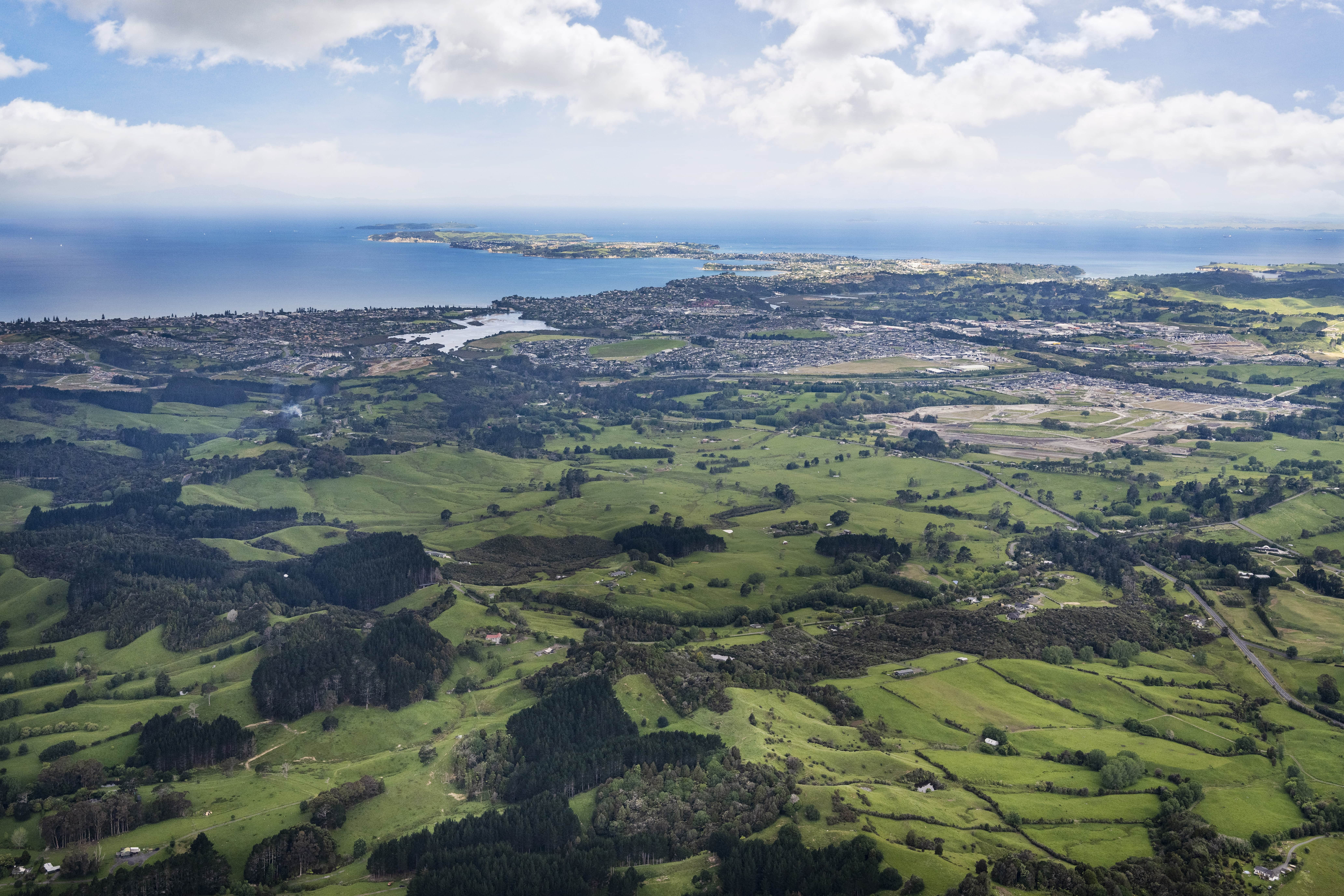 One of the last substantial landholdings earmarked for future development along Auckland’s northern corridor has been placed on the market for sale.

Located in Wainui, Longburn Farm comprises 191 hectares of rural land currently used for grazing animals but with a future urban development zoning over a substantial portion of the property.

“This offering represents one of the last remaining genuine development opportunities of scale in northern  Auckland, following the urbanisation of nearby Orewa, Red Beach, Silverdale and Millwater,” says Ryan Johnson, Bayleys national director commercial and industrial.

The property is for sale by tender, closing Tuesday 1 March 2022, unless sold prior.

Bordered by Wainui Road to the south and Upper Orewa Road to the north, approximately 1.5 kilometres to the west of State Highway 1 and the Wainui off-ramp, the offering comprises 12 individually titled lots.

Ben Clare says the sale of Longburn Farm is expected to attract interest from large-scale developers and land bankers who recognise the potential for a possible master-planned residential community akin to nearby Milldale.

He says a further 129 hectares of land currently zoned Rural Production provides the additional potential for development in the longer term.

“The new owner could seek a private plan change through Auckland Council to rezone the land, a large proportion of which has a contour suitable for residential development.”

The Auckland Future Land Use Strategy identifies the vast expanse of land stretching from Dairy Flat in the south to Orewa in the north, close to State Highway 1, as an area set to accommodate some 35,000 dwellings in the next decade.

“Thousands of homes at various stages of development have been snapped up by house hunters, and there continues to be strong demand for land and housing in this area,” Graeme Perigo says.

Ryan Johnson adds Auckland’s northern corridor is experiencing a high level of development activity across all property sectors and is expected to continue to grow strongly in the medium and long term.

Mark Macky, owner and director of Bayleys in the North notes Auckland’s location on an isthmus naturally encourages growth in its northern and southern regions.

“New roading and infrastructure along with record population growth has given investors confidence to move their focus north, and development is taking place across the property sector on a significant scale,” he says.

“Residential land values rose some 30 percent year-on-year in 2021 and despite an easing of urban land use controls, competition for available sites remain heightened by supply-demand dynamics.”

“As Auckland’s population is set to exceed 2.4 million by 2047 we expect this significant land parcel will set developer tongues wagging,” he adds.