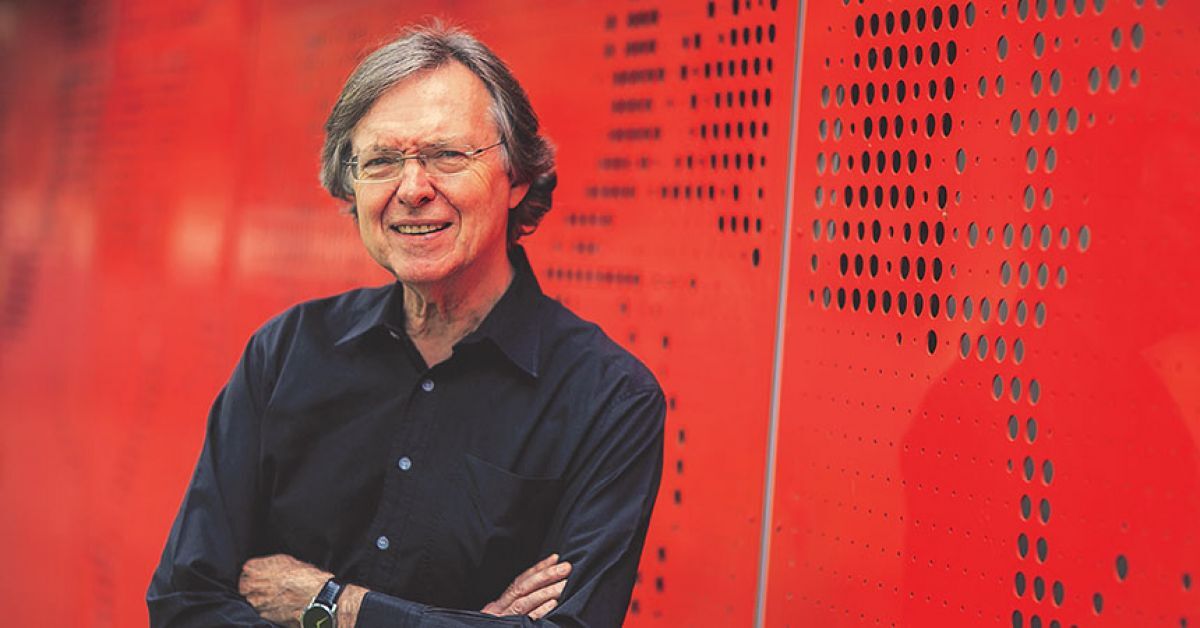 It’s not Art-chitecture; Peter Brook and the future of functionality.

At The Desk with Peter Brook of Peddle Thorp

Peter Brook is not interested in chasing fashion statements.

In the eponymously titled book published in 2004 by Peddle Thorp Architects, where Peter is a Director and has been loyal since 1983, the foreword cites "We do not pander to critics, aim to win awards or slavishly follow fads". This has been the mandate since the firm’s inception.

If you don’t recognise Peter’s name, you’re probably far more familiar with his design credentials than you realise. In Melbourne alone you’ll find his collaboration with projects including the National Tennis Centre, the Aquarium, the Airport Hilton Hotel, the ANZ world headquarters in Collins Street and the Alfred Hospital just to name a few.

Internationally, Peddle Thorp has established operations in China, starting around 20 years ago and continuing to cement itself across four locations with over 2,000 employees. But it doesn’t even stop there.

“We’ve entered the Middle East and are currently expanding our skills into India. We’re also exploring other projects across Asia, including Malaysia and Vietnam.” Peter mentioned recently while in conversation with Development Ready.

Peddle Thorp’s portfolio and history is nothing short of impressive, but Peter is quick to point out that no endeavour stands more special above the rest.

“There’s not one favourite project, we wouldn’t ever think that one project is more important than another. The attitude of an architect should be that every client is special and every project is special. You should be seeking a unique solution every time you tackle a project.”

This ambition of creating a unique solution for each project comes across clearly as Peter’s principle motivation as an architect. While there is evidently a high-level of determination, he is not enticed by awards or acclaim (though his work has been lauded by many) but rather by problem solving and an architect’s role within that.

This attitude does well at explaining the diversity of projects across the Peddle Thorp business, which extends from the aforementioned, down to small-scale townhouse and apartment developments.

“We pursue any project that we can find. We’re just trying to produce really smart solutions to complex problems; and in fact, we get our creative inspiration from attempting these problems.”

A good example of this lies with the moving roof at the National Tennis Centre. Peter was tasked with creating an outdoor tennis court in an indoor arena. The answer of a ‘moveable roof’ might seem obvious now, but back in 1982 when the original designs were conceived, it wasn’t so clear. The site couldn’t justify the scale of this proposal and so it had to become more than just a tennis centre; it had to become an entertainment centre that could feature major concerts throughout the year.

For Peter, architecture has always been about much more than the aesthetic. Functionality and things that “will last the test of time” are his badges of honour. This has at times been difficult in Australia where “the bigger picture is hard to achieve,” but nevertheless Peter believes in time these factors will play a larger role in design.

Overseas, where Peddle Thorp is involved in creating comprehensive lifestyle environments, Peter is able to flex his creative muscles in ways that remain somewhat restricted back home. In China and the Middle East for example, Peter is no longer just creating buildings, but rather total environments that include multi-faceted places, spaces and landmarks.

“Currently I think Australia is building too many decorated boxes. In the future, I think we’ll see simplicity and elegance in a way we have never before. We’ll see new technologies emerge that will change how we develop our environments.”

One component of Peter’s vision that is of particular note, is in the area of sustainable development. Peter sees this as a centre piece of the future.

“It has to be. We can no longer continue wasting resources. If architects looked closer at the simple principles of site planning, shading and infrastructure, we’d be able to increase the effectiveness of our environmental model much more efficiently than any engineered add-ons.

“Environmental performance should be in the basic logic of everything that we do. We should all be invested in the materials that we are using, reducing the amount of resources used, and ensuring the compact functionality of all designs.”

Peter’s philosophy is about taking a walk down a path with confidence, not certainty, of what the solution will entail. By staying away from “new design trends” and looking for intelligent solutions, new opportunities will present themselves.

Currently in development, Peter is investigating alternative methods of environmental integrations for his projects. For example, how to implement solar technology in building facades. Or how to create a dynamic building that changes its function and appearance by day and night.

Tackling problems and pursuing functionality is a mind-set that has kept Peter and his colleagues ahead of the pack. And paradoxically, by actively not pursuing critics, awards or fads – Peter has himself been followed by them.