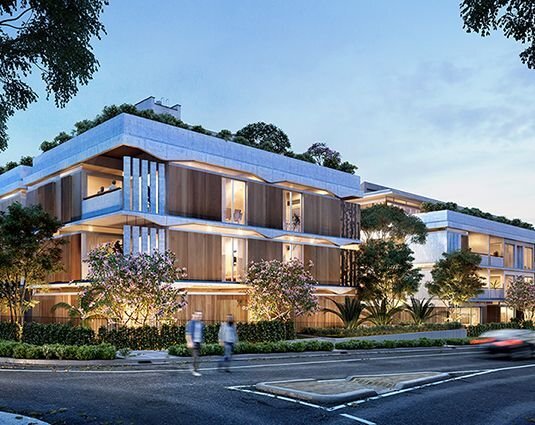 Chinese group Changfa Investments Pty Ltd have made their debut into the Australian property market, with the purchase of 141 Allen Street, in the inner western Sydney suburb of Leichhardt.

Changfa Investments Pty Ltd is part of the Jiangsu Changfa Group that originates from the Changzhou city in the Jiangsu province and employs more than 10,000 people. The Group is a large, diversified conglomerate with interests in manufacturing agricultural equipment, refrigeration equipment, real estate and military equipment.

This is the first Australian purchase for the Chinese corporation, who are looking to get their teeth into the residential market in Sydney, with the goal of developing luxury real estate and moving into Office Investment.

The site, sold by Colliers International Australia, received 28 offers in total, seven of which were over $54 million.

The 7,149sqm site is located within walking distance to light rail and bus services, shopping facilities and primary and secondary schools.

“141 Allen Street received 315 enquires and nearly 10% of these translated into offers which is an exceptional result,” Mr Volz said.

“Stock levels in 2017 have come to a halt, with buyer interest shifting from mass market locations to prime Core residential locations such as Leichhardt and the Eastern Suburbs. However, a lack of planning in Inner City locations, means that  not enough focus has been given to address areas where people really want to live, resulting in  a shortage of new supply in core areas,” Mr Volz said.

According to Colliers research, just 524 units have either been constructed, are under construction or DA approved in Leichardt since 2009.

“The result is not out of line and would be repeated again for similar opportunities, with a strong desire from the development market to pursue key infill locations.” Mr Volz said.

While new entrants into the Sydney market in 2016 were primarily driven by regulatory changes and a tightening banking environment, 2017 has started with way of new entrants looking to capitalise on strong fundamentals in key locations.

“The site is a fantastic location in an area that is lacking new development, making it a very low risk opportunity,” said Robert Xu, Director of Changfa Investments.

“Sydney offers an exceptional lifestyle and with its underlying strength it is a great first acquisition, one that we hope will be the first of many.”

Zhenni Lu from the Residential Asian Markets team agrees, stating that “141 Allen Street Leichhardt was highly appealing to Chinese developers, given the site was de-risked with the benefit of the development approval, whilst the site’s features being in close proximity to the CBD, with nearby retail and transport amenity ticking all the boxes for a development opportunity."