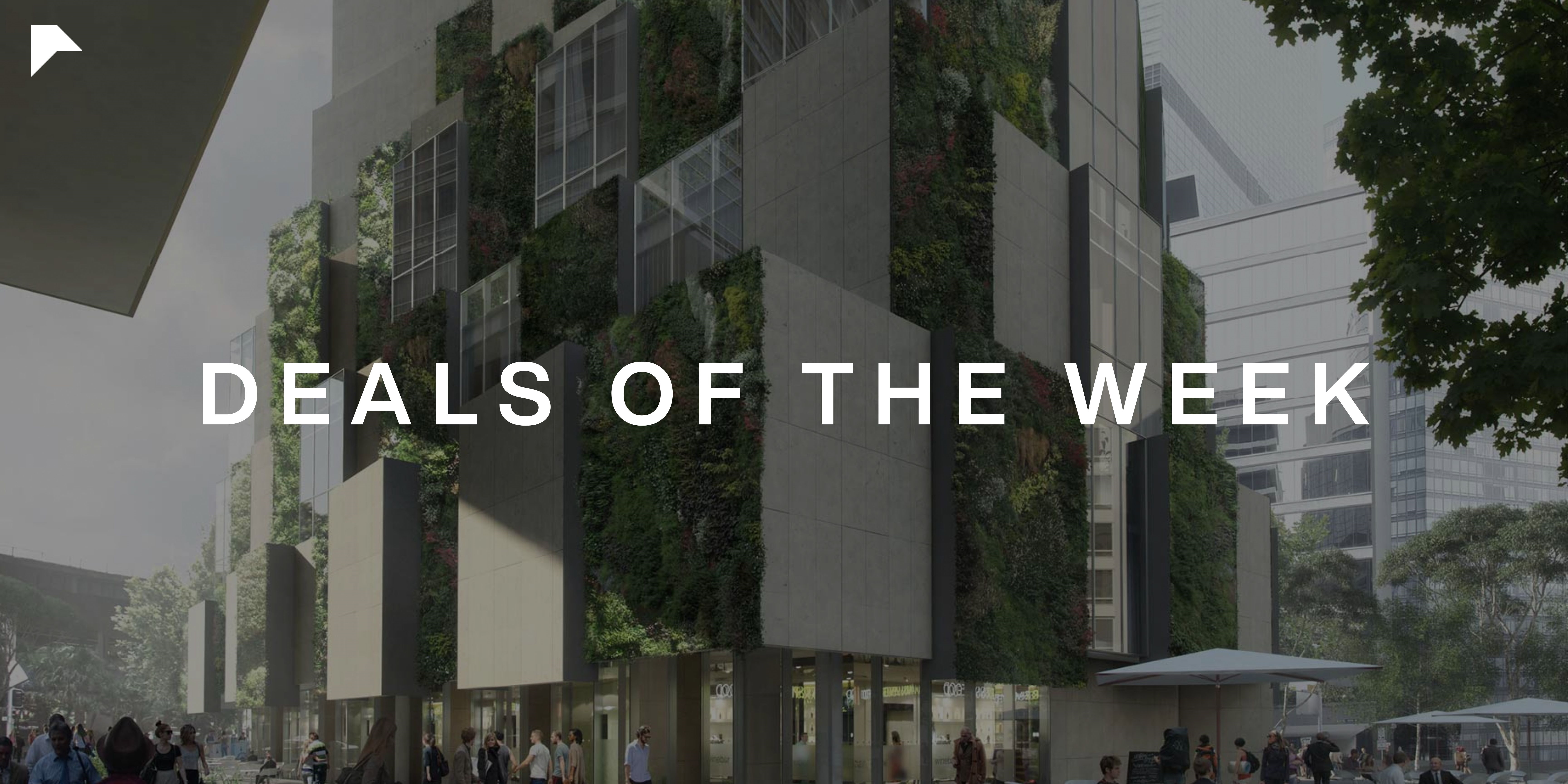 An hour-long bidding war resulted in the landmark sale of a high-profile Elizabeth Street-based freehold to a private local investor. The site, at 485 Elizabeth Street, is a three-storey building situated on a 263 sqm site with a net lettable area of 711 sqm. The sale price exceeded the local private vendor’s reserve by $3.525 million, representing a yield of 1.63%.

Colliers sales agent, Oliver Hay, commented that, “What we experienced today... was the most transparent display of the appetite and demand for good quality CBD commercial real estate.” Hay marketed the property alongside fellow Colliers agents Anthony Kirwan, Daniel Wolman and Leon Ma.

Anna and Michael Coughlan have acquired the Wykeham property at 560 North Boundary Road, which has been previously run as a prime lamb breeding and cattle enterprise by John and Sally Robertson. The Coughlans will add Wykeham to their Hereford beef operation, Tarabah Pastoral, after paying over $22,000 a hectare for the Dunkeld property. The sale was brokered by Ken McDonald and Matt Poustie of HF Richardson Livestock and Property.

An office building at 365 Lonsdale Street in the heart of the city has sold to a first-time offshore buyer for $10 million. The three-storey mixed use office and retail building is underpinned by a 415 sqm landholding that possesses a building area of 770 sqm. The competitive four-and-a-half week International Expressions of Interest campaign resulted in twelve offers being placed from groups based in Australia, Singapore, China, and Vietnam. The sale of the property was negotiated by Colliers’ Oliver Hay, Anthony Kirwan, Daniel Wolman and Leon Ma.

225 Rix Road, in the south-east Melbourne suburb of Officer, has sold for $4.14 million, which represents a precinct record for standard density residential zoned land, as it equates to an exceptional $414 paid per sqm. “The land rate achieved was close to $75 per sqm more than the next best result in the precinct, and it was also sold on 90-day settlement terms,” stated Stonebridge’s Julian White, who brokered the sale alongside colleagues Chao Zhang and Dylan Kilner.

The Lendlease Group have teamed up with Mitsubishi Estate Asia to acquire the One Circular Quay development in Sydney’s CBD from vendors AW Holding Group. The $800 million price tag includes upfront and deferred considerations, with an additional $50 million to be paid subject to certain project outcomes. The mixed-use parcel spanning 4,000 sqm has been earmarked for two towers with an end value of approximately $3 billion.

“One Circular Quay will undoubtedly become one of the most desired addresses to live and stay in the world, once again elevating Sydney’s real estate market on the global stage and further building off the sales momentum of nearby One Sydney Harbour,” stated Tom Mackellar of Lendlease Australia. Construction on the project is set to start imminently.

HTL Property has announced that agents Daniel Dragicevich and Andrew Jolliffe have successfully transacted the sprawling Mill Hotel at 189 Beaconsfield St, Milperra. The property has been purchased by the Marlow Hotel Group. The property is spread over a 9,527 sqm landholding, and generates in excess of $14.5 million in trade annually, thanks to a well-diversified revenue base. The property was sold by JDA Hotels, led by second generation hotelier siblings, John and Dean Feros and Alexandra Henderson. Whilst HTL Property did not announce a sales price, they did confirm the agency’s market guidance was achieved by the deal.

The two-storey Beecroft Place at 18 Hannah Street has been sold by Landream to an unlisted wholesale fund after 9 first round offers were submitted for the property. Developed in 2017, the site is 97% leased, contains 5,474 sqm in net lettable area, and anchored by a Woolworths outlet. The sale was facilitated by Stonebridge Property Group’s Carl Molony and Philip Gartland, in conjunction with Knight Frank’s Graeme Russell.

Sam Arnaout and his Iris Capital vehicle have acquired Casino Canberra from the Tony Fung-owned Aquis Entertainment for $63 million, after a bidding war contested with Bill and Mario Gravanis’ Oscars Hotels. “We are excited about the opportunity to acquire Casino Canberra and look forward to working collaboratively with the Aquis team in the future,” stated Mr. Arnaout. The asset in question is a 4.5-star hotel resort with 205 rooms, operated by the InterContinential Hotel Group.

Dunk Island, one of only a few freehold islands on the entire Great Barrier Reef, has sold to the wife of tech billionaire Mike Cannon-Brookes, Annie Cannon Brookes, for an undisclosed amount. The island offers a mainland connection, commercial sealed airstrip, and extensive utilities infrastructure. The deal was brokered by JLL Hotels and Hospitality Group’s Andrew Langsford and Nick Roche, in conjunction with Tom Gibson from CBRE Hotels.

The site includes two buildings; an A-grade office tower and a retail annex. The complex comprises nearly 7,000 sqm over five tower levels, and is located within the urban renewal precinct, just minutes from the CBD. The sale comes after a recent upgrade has improved amenity on the ground floor, by adding a new café and updated landscaping. “This transaction follows the trend of private investors picking up high-profile assets in inner-city Brisbane ahead of the anticipated growth of population and employment base,” stated CBRE’s Jack Morrison.

A Place of Worship site at 46 Chelsea Court has sold, after a marketing campaign facilitated by LJ Hooker Commercial Perth’s Greg D’Arcy and Vincent Siciliano. The 3,036 sqm site is well-located within the suburb of Dianella, which attained a 16% increase in median land value in 2021. Situated only 8km from the Perth CBD, the urban infill property provides for the potential creation of 8 individual lots.