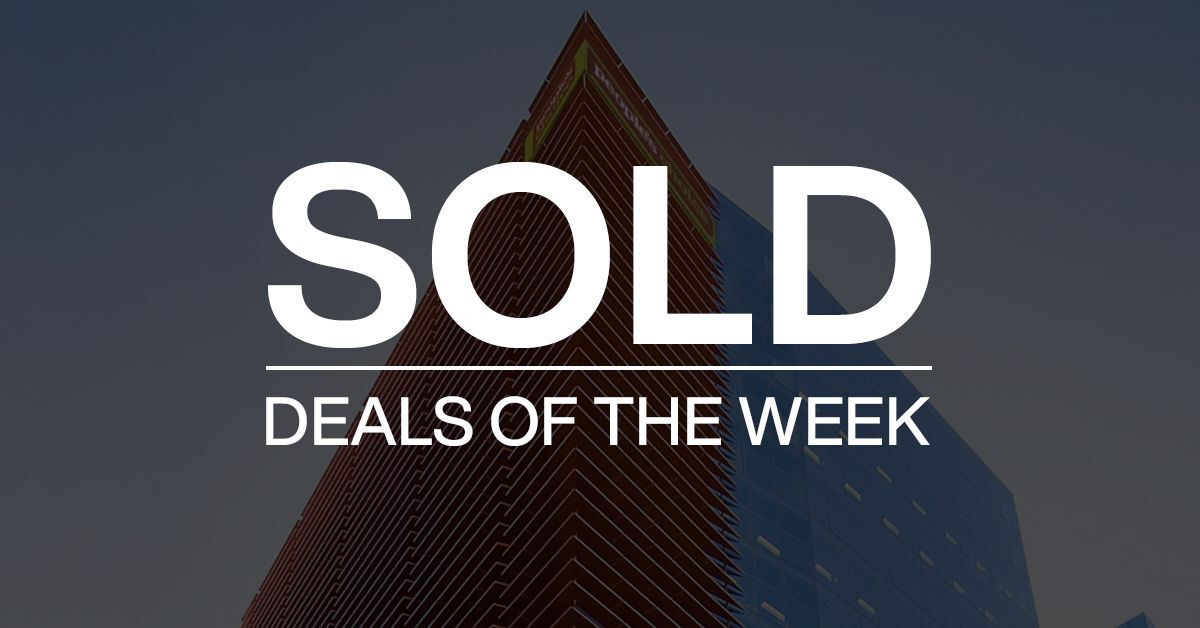 ADELAIDE - $174.65 million
Despite restrictions preventing an in-person viewing, a Melbourne-based petrol tycoon has splashed out close to $175 million for the CBD home of People’s Choice Credit Union, in the biggest office deal in Adelaide for more than two years.

Nikos Property investment manager Paul Lachal said COVID-19 restrictions prevented the family from inspecting the property before its purchase, but it had a “fair degree of confidence in the Adelaide market”.

“We actually bought the building without inspecting it – we had experts review it and we knew it because we own the building next door,” Mr Lachal said.

“We look at Adelaide and while we may not get the type of capital growth that we could get in other centres there’s a consistency of income.”

The 15-storey building comprises around 22,000sqm of space and is fully leased to anchor tenant People’s Choice Credit Union and other tenants including oil & gas giant Santos.

149 Hansworth Street in Mulgrave presents a vacant landholding and was sold with development approval for two residential towers and 30 townhouses.

WANTIRNA - $4.319 million
With essential services being granted a spotlight due to the current health crisis, a medical centre in Melbourne's east has sold successfully for $4.319 million.

SEAFORD - $1.88 million
Pandemic restrictions have proven no obstacle for online auction success, with an industrial warehouse in the Melbourne suburb of Seaford selling for $1.88 million following successful post-auction negotiations.

The asset was marketed and sold by Ray White Commercial’s George Kelepouris.

The asset, located opposite the train station at 446 Neerim Road, presents a 250sqm building occupying 335sqm of land.

5 Williamson Road in Ingleburn presents a 19,000sqm multi-tenanted facility on more than four hectares of land and returns an annual income of $2.07 million.

The property was marketed and sold by CBRE’s Jason Edge and Elijah Shakir, in conjunction with Colliers International’s Sean Thompson and Gavin Bishop.

PENRITH - $6.3 million
A Penrith industrial facility that was home to a frozen food supplier has changed hands for $6.3 million, with the new owners announcing plans for subdivision.

A former base of PFD Food Services, 51-69 Leland Street has been purchased by local developer Rise Projects. The property currently holds a building of 5,347sqm across its 9,394sqm landholding, which Rise Projects intends to subdivide into four freehold lots; renovating two existing warehouses and constructing two new 1,500-1,800sqm facilities.

ORMEAU - $12.2 million
A prime Gold Coast investment property has been bought by a Queensland-based syndicate for $12.2 million.

Located at 18 Motorway Circuit in Ormeau, the asset presents a 7,980sqm landholding with a building of 4,598sqm, returning a net income of $973,480 from leases with a high-level food production and cold store facility.

MAROOCHYDORE - $1.85 million
A Brisbane based passive investor has purchased a former Church site in Maroochydore from long-time local owners for $1.85 million.

The 1,551sqm site, located at 22-26 Beach Road, offers approximately 470sqm of lettable area, and is positioned on the corner of Beach Road and Duporth Avenue, in the heart of Maroochydore. The property remains occupied by long term tenants Coast Life Midwifery who recently signed new 5 year leases over the church and former hall building, with a further lease was in place to popular Beach Road Coffee Co.

The deal was negotiated by Jason O’Meara of Savills Australia.

MOUNT PLEASANT - $1.42 million
A vacant block near the water’s edge in Mount Pleasant has sold for $1.42 million.