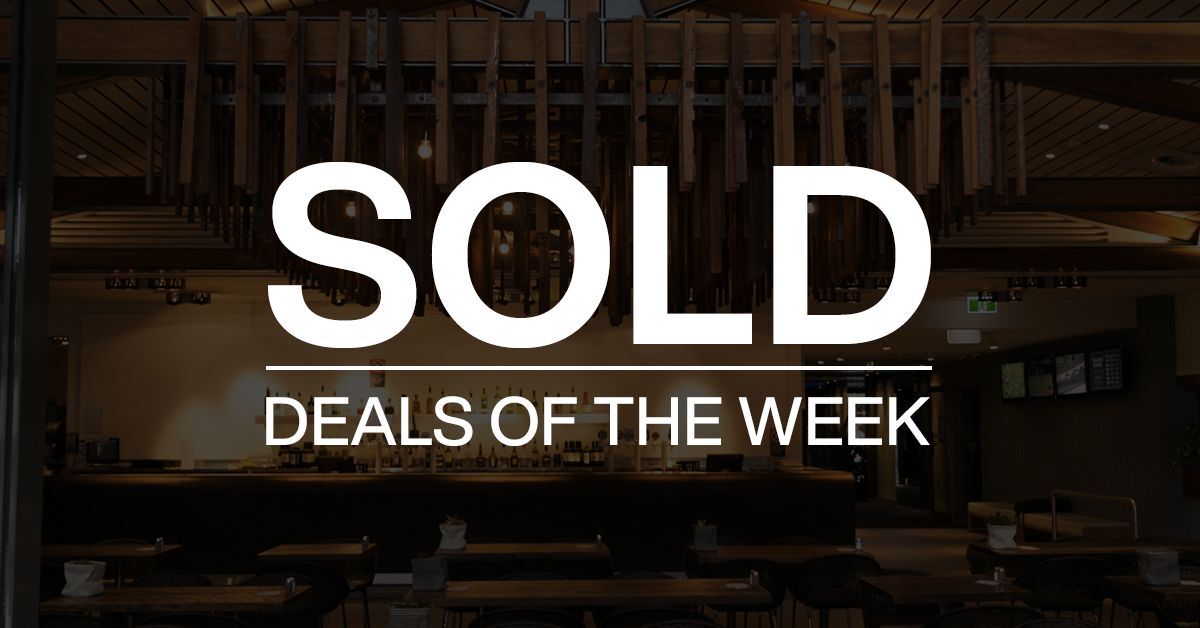 EPPING - Undisclosed
A 9.7 hectare industrial investment in Melbourne’s north has traded hands off-market to LOGOS for an undisclosed amount. The vendors, Time & Place and MaxCap, are currently still in the construction phase of the development and will deliver an end value of around $70 million. Located at 415 Cooper Street in Epping, the asset is set for completion mid next year.

JLL’s Matt Ellis represented Time & Place and MaxCap, which paid CostaFox $20 million for the Epping site in late 2018. Two years prior to that the asset traded for $9.5 million.

The 32-hectare property, located at 288-310 Paynes Road, has the capacity to subdivide into around 400 lots, with space for a government school as well as wetlands and parkland.

Located at 131-143 Smith Street, the Commercial 1 zoned property encompasses a two storey building on 1,206sqm of land. Currently 1,846sqm of NLA is occupied by three restaurants.

OAKLEIGH SOUTH - $1.85 million
The Commonwealth of Australia has sold a strata retail investment located in Melbourne’s Oakleigh South for $1.851 million with a local investor outbidding 14 other parties for the popular Oakleigh South Discount Chemist.

Located at 1146-1148 North Road, the property was hotly contested, with more than 180 registered parties and 15 offers at the close of the marketing campaign. Savills sales agents noted that the asset’s popularity was due to its affordable price point, strong lease fundamentals and the essential service nature of the tenant.

The deal was negotiated by Julian Heatherich, Mark Stafford and Benson Zhou of Savills Australia.

LIVERPOOL - $43 million
Liverpool’s popular Macquarie Hotel has changed hands in one of the biggest pub sales for the year so far. The De Angelis family has paid $43 million for the iconic hotel, which last traded in 2016 for $34 million.

HTL Property directors Dan Dragicevich and Andrew Jolliffe negotiated the sale of the hotel on behalf of Monarch Hotels.

INGLEBURN - $10.2 million
An owner-occupier has moved quickly to secure a vacant industrial property in south-western Sydney for $10.2 million. The buyer was apparently shown the property on a Friday and then signed the contract before the close of the weekend.

The property is situated at 3A Williamson Road in Ingleburn and offers a 2,120sqm building on an 11,100sqm site bordering the M5 motorway.

Located at 13 Chaplin Drive, the property formerly belonged to Quality Fresh Fruit Export Pty Ltd. And includes a freestanding, 926sqm building on a 1,450sqm site with excellent 40ft container access and a high clearance warehouse. Flamestop plans to move in as an owner-occupier.

MOREE - $2.25 million
A retail property occupied by a NAB bank branch in northern NSW has traded between locals for $2.25 million.

Situated at 39 and 41 Heber Street in Moree, NAB has occupied the property for around 20 years and will stay on as lease until 2023, with options to 2032.

BRENDALE - $15.6 million
Investec Australia Property Fund has spent $15.614 million on an industrial investment property in Brisbane’s Brendale, around 20km north-east of the CBD.

The purchase of the Lot 3 Belconnen Crescent property brings the trust’s industrial component up to nearly one-third. The asset offers a high quality 9,300sqm generic warehouse and distribution facility with 10,852sqm of hardstand and 95 on-site car parks.

WOOLLOONGABBA - $3.7 million
A local private investor has scooped up an office building on Brisbane's southern fringe, that was previously home to a film and television production company, for $3.7 million.

The property, located at 40 Nile Street in Woolloongabba, presents a two-storey building on a 607sqm site with a total NLA of 877sqm.

BALCATTA - $63.5 million
A dairy distribution centre, comprising of two properties, in Perth’s northern suburb of Balcatta will be trading hands from Stockland to a Charter Hall unlisted direct property fund for $63.5 million.

Holding addresses at 22 Geddes Street and 20 Kenhelm St, the 10 hectare combined asset offers 26,400sqm of building area, with a head office, processing plant and warehouse. 2.1 Ha remains open for potential development. The property was sold with a 14-year lease to Brownes Dairy.