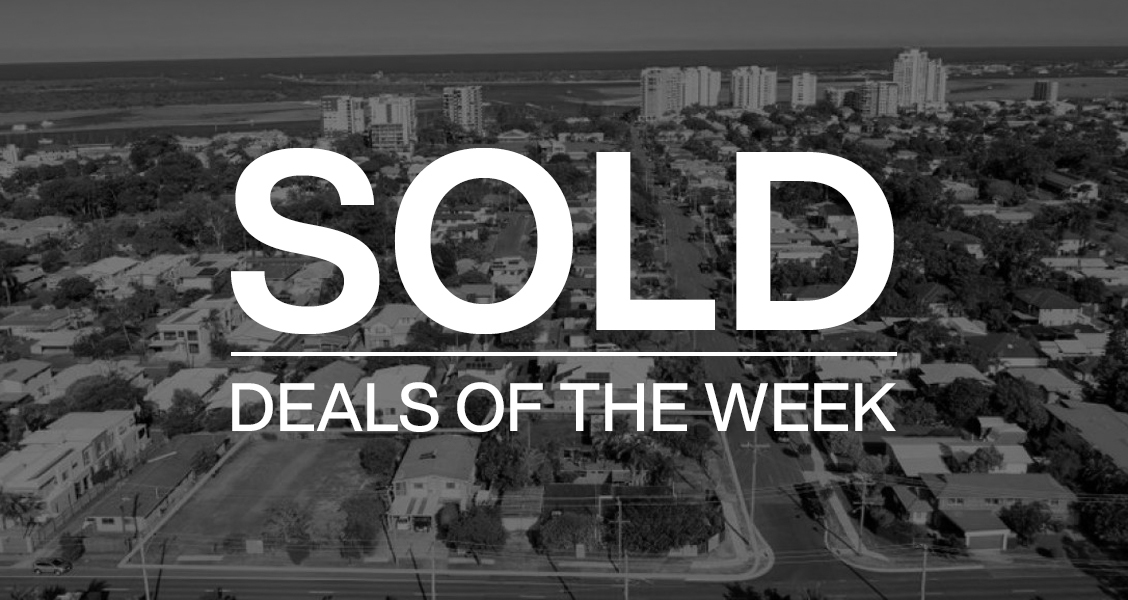 A Double Bay office known as Piccadilly Court has been picked up by John Symond for $21 million - $5 million above the reserve.

Located at 356-366 New South Head Road the four-storey building sits on a 462sqm land area and has the potential for the addition of another level.

Leda Holdings has kicked off 2021 with five land transactions in Western Sydney, amassing to more than $20 million.

Among the transactions included the sale of a 5,438sqm lot for $4.350 million to Bains Property. The purchaser plans to build its new head office and relocate from its current site at Eastern Creek.

Two further transactions involved the sale of separate 5,154sqm sites for $4.020 million each to owner occupiers. Both groups plan to build industrial facilities to occupy and relocate from neighbouring regions.

A freestanding office/warehouse building in Penrith has been sold off market for $4.42 million amid strong ongoing demand for available industrial assets in Sydney’s west.

The 7,224sqm site, located at 29 Cassola Place, was snapped up by a local owner occupier able to use most of the existing plant and machinery within the property. The buyer was attracted by the close proximity of the site to their current premises, high power and gas supply and ability to further develop the existing improvements.

A lot of eight industrial units in Mount Druitt has changed hands for $3.707 million after a competitive auction pushed bidding more than $700,000 past the reserve price.

A Sydney-based consortium of investors have purchased a 1,424sqm freehold Aged Care facility known as the Parkview Nursing Home at 29 Park Road, Five Dock for an undisclosed price.

The property is owner operated and has been operating as Parkview Nursing Home for over 20 years. The facility held 59 highly valuable bed licenses and sits on a dominant parcel of land totalling 1,550sqm, which resulted in a diverse pool of buyers for this asset ranging from aged care operators, developers and investors.

The Bellarine Village Shopping Centre in Newcomb in Geelong’s east has traded for a speculated $38 million, amid a move by investors into neighbourhood malls and other non-discretionary retail assets.

The vendors, Westrent, purchased the neighbourhood centre less than three years ago for $36.5 million.

The asset is anchored by Woolworths and also features a Dan Murphys, 15 other specialty stores, a petrol station and a Hungry Jacks.

Torca Constructions has traded Mornington’s Barkly Square for $12.8 million with all nine stores selling in one line to one purchaser – believed to be a jeweller.

The vendor originally purchased the assets in 2006 for $3.6 million.

The property was sold by Nichols Crowder’s Jamie Stewart and Tom Crowder in conjunction with Stonebridge’s Rorey James, Nic Hage and Kevin Tong.

An office building in Melbourne’s Box Hill has traded from Christian Blind Mission to a local owner occupier for $13 million.

Located at 56-60 Rutland Road, the three level office of presents 2,394sqm of floor space on a land holding of 2,231sqm, with 66 car spaces and three street frontages.

The Woolworths anchored Cooloola Cove shopping centre, located in the Cooloola Cove township 50 kilometres north-east of Gympie in south-east Queensland, features 10 specialty shops. Altor Capital divested the centre after purchasing it only three years prior, when it acquired the centre for $12.85 million.

The off-market transaction was negotiated by Savills Australia’s Peter Tyson.

Metricon Homes recently picked up a sizeable corner block in Labrador on the Gold Coast for $3.6 million.

54-60 Government Road & 77-79 Broad Street, Labrador, presents a 3,298sqm landholding comprised of six blocks all sold in one line. The property has potential for 51 apartments or 19 Townhouses (Medium Density Residential).

The seller had committed elsewhere and was eager to sell move the property. Ray White Commercial’s Jackson Rameau and Victor Tauch managed the campaign.

A private investor has snapped up a fully leased medical/commercial asset in Nambour, an established town and one of the main administrative and business hubs on the Sunshine Coast, from a private Brisbane owner for $2.95 million.

The standalone medical investment at 42-44 Howard Street is on a prominent corner lot opposite Nambour Plaza Shopping Centre  and within central Nambour CBD and leased to long standing medical tenants.

The property is anchored by a well-established and one of the main medical centres servicing the Nambour Region and sits on a 1,429sq m site with a net lettable area of 621sqm and 31 on-site car parks.