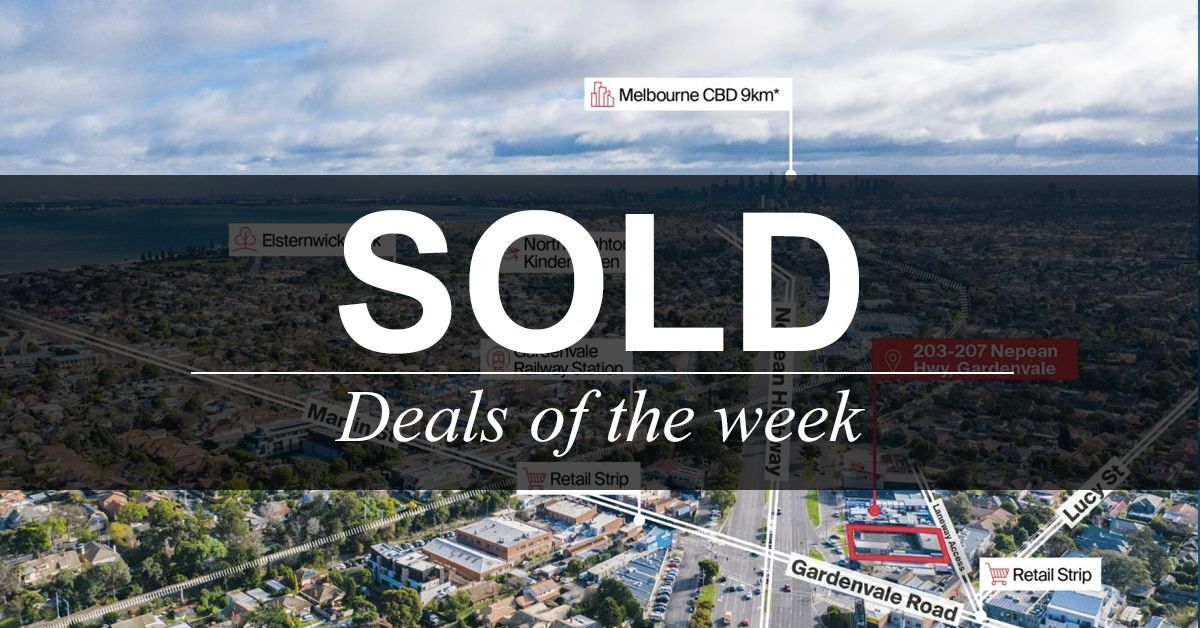 MULGRAVE - $110.9 million
The joint venture between Asia-based real estate platform ESR and Frasers Property has found a buyer for their new eight-level Mulgrave office building, which is set for completion in mid-2020.

The 17,500sqm development, situated at 254 Wellington Road, will serve as the new national headquarters for carmaker Nissan, and was picked up by Singapore property giant Ascendas REIT for close to $111 million.

Suburban office assets have proved a hot commodity, particularly in Melbourne’s south-east, and marks Ascendas’ fourth suburban office property in Australia. The Singapore firm manages a vast portfolio of more than 170 office, industrial and retail assets throughout Singapore, Australia and the UK, with a total worth of around $11.9 billion.

Josh Tebb and Tony Iuliano of JLL and Chris O’Brien and Neva Courts of CBRE negotiated the sale.

DINGLEY - $19.75 million
A large industrial landholding in Melbourne's south-east, formerly belonging to Asia-based logistics platform ESR, has recently been sold on to a private developer for close to $20 million.

The 39,760sq m site, situated at 1-5 Lakeside Drive in Dingley, will now be under the control of HB+B Property; a developer that focuses on industrial, commercial and social infrastructure projects. The freehold site currently comprises of three warehouses with a total NLA of 17,431sqm.

BURWOOD - $6 million~
A developer has splashed out on the 23-room Box Hill Motel in Melbourne's east for around $6 million.

Situated at 177 Station Street, the Burwood hotel remains leased to the hotel operator until May. The building sits on a large 4,041sqm site, with significant residential development potential, and was settled for nearly $2 million above price expectations.

In a three-part deal, Mr Lambess settled with AFR Rich Listers Bill and Imelda Roche for $27 million – according to market sources. The agreement included all of the Roche’s industrial assets, including a 10,000sqm warehouse position on a DA Approved 70,000sqm block of land, and a warehouse named Morisset Mega Market which caters for factory-discount outlets, fresh produce and a 300-seat food hall.

Morisset sits within the Lake Macquarie district around 120 kilometres north of Sydney.

Mr Lambess was quoted saying that, "I'm a local and I believe in the potential of the area.” It is believed that he will sell the DA-approved land component once the deal had settled, but hold on to the warehouse and look at re-purposing it with the council's approval.

BURWOOD - $6.9 million
A freehold shop positioned close to Burwood’s commercial centre, has sold successfully at auction for just under $7 million to a private buyer.

The new owners have announced intentions to build a multi-level warehouse with smaller factory units at the property, situated at 60-62 Alexander Avenue.

Centuria are responsible for the purchase of the city-fringe commercial building, stating that they have strong expectations for Brisbane office growth to "ramp up in the next six to 12 months".

The A-Grade building offers 7,739sqm of NLA and was sold completely leased with a six-year weighted average lease expiry.

ENOGGERA - $4.6 million
The Enoggera Bowls Sports and Community Club has sold off one of their retail and showroom strata units, part of their redeveloped mixed-use property for $4.6 million. The property was picked up by a local investor, who bought the unit with a seven-year lease to Tradelink for seven years.

WEST END - $1.85 million
A retail portfolio on the ground floor of a residential tower in Brisbane's Riverside West End has sold for close to $2 million.

PERTH - $125.5 million~
Ahead of its planned $255 million public listing, ASX-listed Elanor Investors Group has agreed to two separate acquisitions; one at 200 Adelaide Street in Brisbane and one at the A-grade WorkZone commercial building in Perth’s CBD. The fund already owns 51% of the Perth property, which it bought for $125.25 million last year.

Both assets were acquired from Charter Hall.

Including the two new acquisitions, the fund will list with six assets independently valued at $306 million.

Moelis is heading up the listing while Ord Minnett and Shaw and Partners are joint brokers.

The Hollywood Plaza Large Format Retail complex sits on a property of 3.7-hectares at 155 Winzor Street, Salisbury Downs. The offering includes two buildings, with 8,080sqm of NLA and is fully leased to six tenants returning an annual income of $980,000.

The complex offers the new owner future development options with the shopping centre occupying just 22% of the total property.