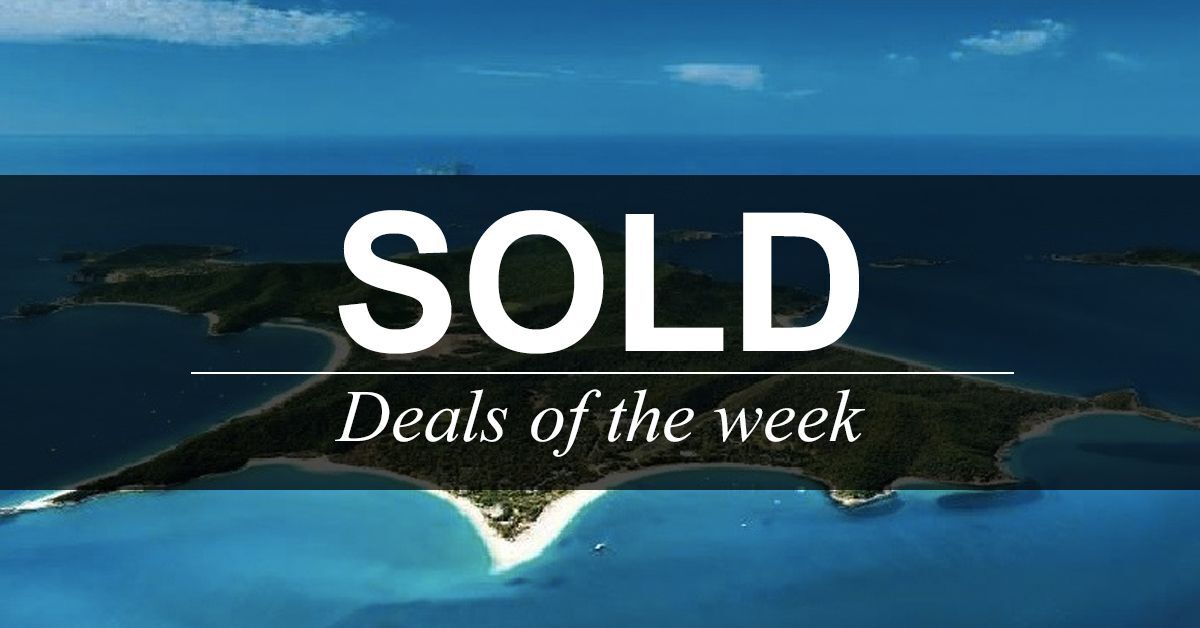 HAWTHORN - $55 million
One of the biggest suburban office deals of the year has recently transacted, with Melbourne's Zagame family agreeing to pay $55 million for a Hawthorn building currently leased to Swinburne University.

The four-storey building, situated at 2 Luton Lane was originally held by Sydney-based investment firms Trumen Corp and Bricktop Group, who paid $37 million for it in 2015.

The property comprises 5,660sqm of office space and holds a strategic address near the corner of Burwood and Glenferrie Roads.

MELBOURNE - $52 million
Central Melbourne’s Swann House has delivered a considerable return for owner Orion International Group, after being sold for $52 million to a private buyer. The sale is more than double the original purchase price of $21.6 million, which Orion paid for it in August 2014.

Known also as Lyle House, the 12-storey art deco-style high-rise is one of Melbourne’s most distinctive and was originally constructed in 1921. The building is located at 22 William Street.

MELBOURNE - $4.09 million
A 373sqm ground floor office space in the Currie and Richards Building in Melbourne’s CBD has been picked up by Buddhist not-for-profit organisation Heruka Kadampa Meditation Centre for just over $4 million.

The building was first erected in 1875 and is situated at 79-81 Franklin Street.

SYDNEY - $175 million
One of the biggest mixed-use urban renewal projects in Sydney, Central Park, has recently sold three of its retail properties for $174.5 million.

The $2 billion development in Sydney is taking shape on a former brewery site and is the result of a joint venture by Frasers Property Australia and Sekisui House Australia.

Fortius Funds Management and SC Capital Partners Group acting for its RECAP V Fund bought the three assets in one line – totalling a GFA of 14,600sqm.

BATHURST - $7.9 million
A famed Bathurst hotel on Mt Panorama reached a sale price of $7.9 million just before the start of the famous Bathurst 1000 supercar endurance race.

The Bathurst Goldfields accommodation and event centre, set on 11 hectares of land at 428 Conrod Straight, overlooks the racetrack and was bought by Bundaberg couple Peter and Theresa Coyle.

“People said we were crazy to take this on with the Bathurst 1000 starting next week but we think it’s the perfect time,” Mr Coyle said.

The complex includes a 20-room motel plus lodges and cabins and is able to accommodate for up to 300 people, a replica 1850s goldfields village and conference centre.

Ian Crooks, chairman of ResortBrokers made the sale.

SEVEN HILLS - $7.5 million
Seven out of a total 10 new strata industrial units in Seven Hills, developed by Rio Developments, have been pre-sold for more than $7.5 million.

Holding address at 10 Brumby Street the units vary between 250sqm and 298sqm, selling for between $975,000 and $1.15 million each, trading to a mix of investors and owner-occupiers. Each unit has parking and access to an on-site electrical substation.

GREAT KEPPEL ISLAND – (yet to be disclosed)
Little-known Noosa-based developer, Altum Property Group, has struck a deal with Terry Agnew's Tower Holdings to develop a resort at Great Keppel Island. Contracts for the leasehold have been exchanged and now await the required approval of the Queensland state government.

The deal comes after a previous $50 million sale in October 2018 to Wei Chao Pty Ltd fell through.

The island lies 12km from coast of Yeppoon and holds development approval for a major resort project including a 250-room hotel, 750 eco-tourism villas, 300 eco-tourism apartments, 250-berth marina and a ferry terminal.

"The Queensland government has committed $30 million for common-user power and water infrastructure connections to Great Keppel Island to help support tourism operators," a spokesman for the Queensland Department of Natural Resources, Mines and Energy (DNRME) told The Australian Financial Review.

WACOL - $9.5 million
A 2.2-hectare industrial property in Brisbane's Wacol has traded hands from the City of Brisbane Investment Corporation to the ASX-listed Desane Group for $9.5 million.

The sale marks Desane’s first entrance into the Queensland industrial market, with the Group’s head of property, Rick Montrone, saying, "As an initial investment for Desane in the Brisbane industrial property market, this acquisition is a quality addition to our company’s diversified property portfolio and will provide long-term revenue streams and future value‐add opportunities.”

Located at 16 Industrial Avenue, the property retains a 10-year lease to Brisbane City Council, which uses it as a maintenance site for its vehicle fleet.

The property offered further enticement for Desane, with an extra 8,782sqm of vacant land at the rear with separate access. The Group may wish to pursue future development options in the form of another warehouse or an expansion of the existing hardstand, or reinforced paved area.

The property at 54 Edward Street was on the market for just four weeks before it was sold, together with 56 Edward Street, for a combined price of $1.775 million. Both sites are occupied by character homes which have been modified for commercial tenants and one is leased to an office-based business until the end of 2020.

“In the past two years six properties in this area have sold to owner-occupiers and developers seeking land parcels that are big enough for mixed-use developments that will activate this city-fringe area,” Mr Isaacs said.

“Cafes and boutique shops are opening on nearby streets and these properties have the added benefit of being just 100 metres from the walkway to Claisebrook train station, and minutes from Perth’s CBD.”

HALLETT COVE - $4.325 million
A purpose-built childcare centre belonging to Accord Property has sold for just over $4.3 million to a private investor.