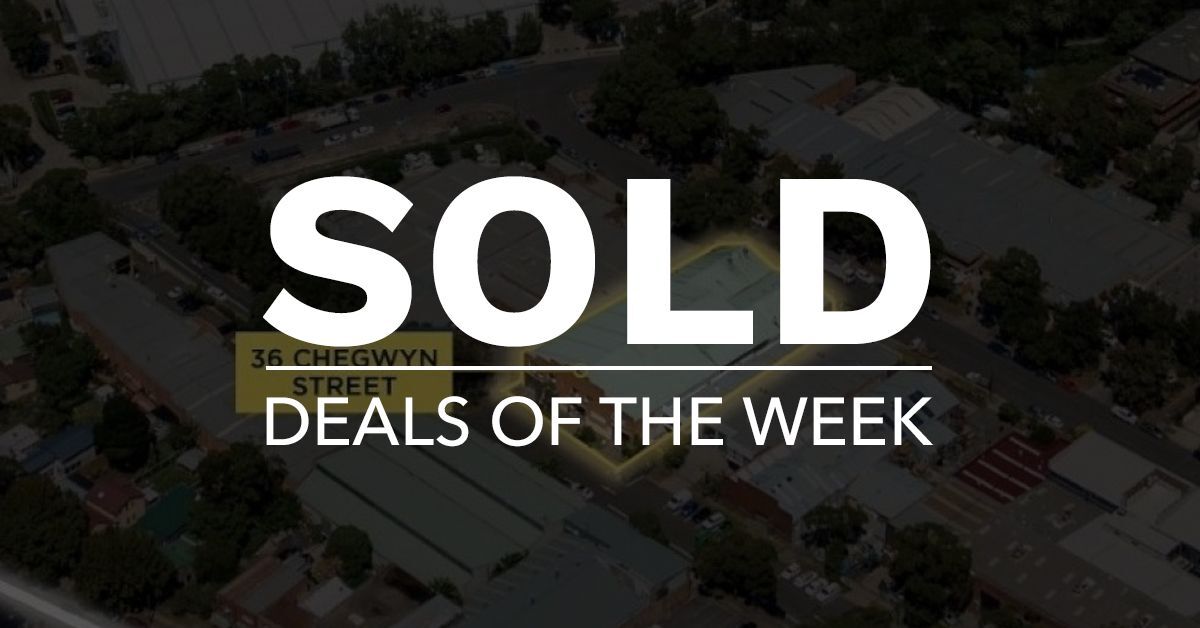 MELBOURNE - $644 million
Dexus and a Singapore sovereign wealth fund titled Government Investment Corporation have settled with Kuwait’s St Martins Property, securing a half share of the Rialto Melbourne complex for $644 million; above expectations for the market during the COVID-19 outbreak.

The Rialto skyscraper was constructed between 1982 and 1986 and was the tallest office building in the southern hemisphere - for many years following, it was Australia’s highest skyscraper. The complex is made up of two towers of 43 and 58 storeys. At its highest point the complex reaches 251m tall.

BROOKLYN - $65 million
A 13.6 hectare factory in Melbourne’s west has recently traded hands from Qube Holdings to the MaxCap Industrial Opportunity Fund for $65 million.

Located at 385-397 Francis Street in Brooklyn, the new owners have already announced plans for the asset. MaxCap will create a business park, subdividing lots to target small and medium sized industrial developers and investors.

BRUNSWICK - $17 million
A two storey shopping centre in the middle of Sydney Road in Brusnwick, in Melbourne’s North, has recently found new owners for $17 million following an off-market campaign.

The purchase of the Brunswick Market, located at 655-661 Sydney Road, was completed in a joint effort by Aesop founder Dennis Paphitis, ACT builder Molonglo Group and a local. Brunswick Market last sold in 2004 and will continue to operate while the new owners propose an apartment project. The new development will “redefine this pocket of Brunswick and continue the boom of residential development in the area” according to the purchasing group.

Located at 340-344 Springvale Road in Springvale, the high profile 4,347sqm corner facility has been fully refurbished and was sold with a brand-new long-term lease in place, returning $750,000 per annum.

The deal was negotiated by Julian Heatherich, Benson Zhou and Mark Stafford of Savills Australia.

HAYMARKET - $80.08 million
A Sydney CBD office asset successfully sold despite perceived impacts from the COVID-19 outbreak. Located at 191 Thomas Street, the commercial asset generated significant interest from both onshore and offshore buyers, eventually selling for $80.08 million to an offshore syndicate. The 8-storey property encompasses 4,797sqm of net lettable area (NLA) and was sold 100% leased. There is also potential for additional future development.

BOTANY - $5.73 million
A private investor has purchased a 2,461sqm freestanding industrial building in Botany from Woodsize Pty Ltd for $5.73 million.

Situated at 36 Chegwyn Street, the freestanding industrial building had previously been used as a leather tannery and comprises a 2,461sqm high clearance warehouse with first floor office and storage space. The freestanding building sits on a 1,646sqm site area and has two street frontages.

The deal was negotiated by Edward Washer and Sam Wallace of Savills Australia.

HEMMANT - $6.5 million
A Trust Company has purchased 1.481 hectares of industrial land from CTC Port Holdings Pty Ltd for $6.5 million. Located at 146 Canberra Street in Hemmant, the property is currently occupied by Tyne Container Services under a five year lease with a five year option.

The off-market transaction was negotiated by Shaw Harrison of Savills.

The asset was marketed and sold by Ray White Commercial’s Franz Stapelberg.

The combined 39,954sqm property is located within Precinct 12 - Armadale of the MRA's Wungong Urban Water Project Area, directly opposite the Seminole Reserve and approximately 1km from a Bunnings Warehouse.

The sale was handled by Grant Premium Property Pty Ltd

ADELAIDE - $48 million
Ginos Group, the developer behind the TRYP by Wyndham Pulteney Street hotel development, has sold the Regent Arcade in Adelaide’s Rundle Mall in an off-market deal worth $48.5 million.

The purchaser was Hong Kong-based who settled the transaction in November 2019, well before new regulations from the federal government that require the Foreign Investment Review Board to process all foreign investment activity. The new owner has indicated that they will conduct improvements and attract new tenants to the arcade, which sits at around 40% vacant.