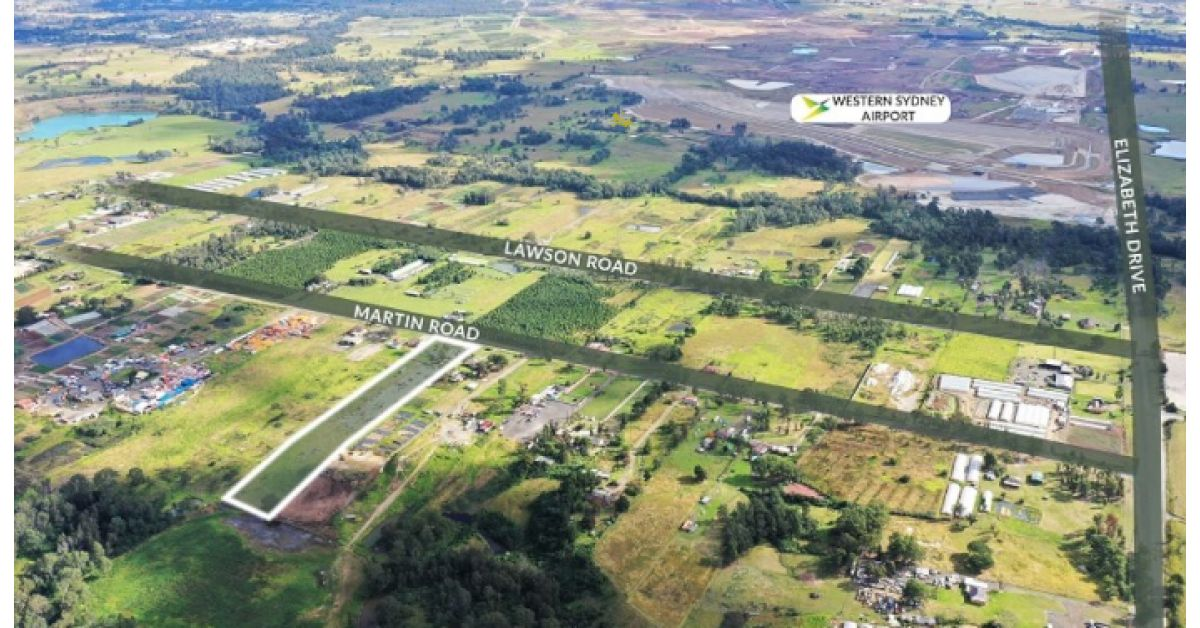 September 11, 2020, SYDNEY – A parcel of land within the highly prized Western Sydney Aerotropolis has sold for $5.37 million through Colliers International.

Thomas Mosca, Nick Estephen and James Cowan of Colliers have sold 100 Martin Road, Badgerys Creek via an onsite public auction, on behalf of Alan Walker & Andrew Lakomy of Cor Cordis in their capacity as receivers and managers appointed. The property received over 50 bids and sold for 15% over reserve.

The 2.26 ha land parcel will be rezoned by the end of the year, from rural to an enterprise development. It is closely located to the Western Sydney Airport precinct which has seen recent sales from high profile groups such as Suttons Automotive, Hanson, Adelaide Brighton and Mirvac.

“After running an effective International Auction campaign, 100 Martin Road, Badgerys Creek sold under the hammer, in what was an exciting and competitive auction for $5,370,000. The property was sold on an unconditional 42-day settlement and reflected a land rate of $960,000 per acre,” said Thomas Mosca, Associate Director, Investment Services at Colliers International.

Nick Estephen, Manager, Investment Services at Colliers International said, “The robust buyer appetite came from a well-organised, and strategically planned process which focused on exposing the property to as many buyers as possible. We were able to attract interest from 125 prospective investors, developers & owner occupiers which resulted in eight registered bidders and 53 bids from cash-ready parties.

James Cowan, Manager, Investment Services at Colliers International said, “Due to the popularity of this asset we now have seven under-bidders actively seeking similar opportunities across the Western Sydney Aerotropolis precinct.”

The sale of 100 Martin Road was the last sale prior to the finalisation of the Western Sydney Aerotropolis Plan (WSAP), which also included the new State Environment Planning Policy and relevant legislation. The report and respective maps have been formally gazetted with further detail around individual precinct plans to be released at a further date.

“It is incredibly exciting times for landowners with the final report and maps expected to provide a detailed understanding on future land use. The flexibility around zoning will leave precedence for some incredible developments in the near future. Nick Estephen said.

Thomas Mosca added “We anticipate interest from developers and investors to increase with more clarity and certainty around land use and future infrastructure once the precinct plans are released and analysed.

The final planning package can be accessed via the NSW Government Planning Portal or is available upon request form the above selling agents.