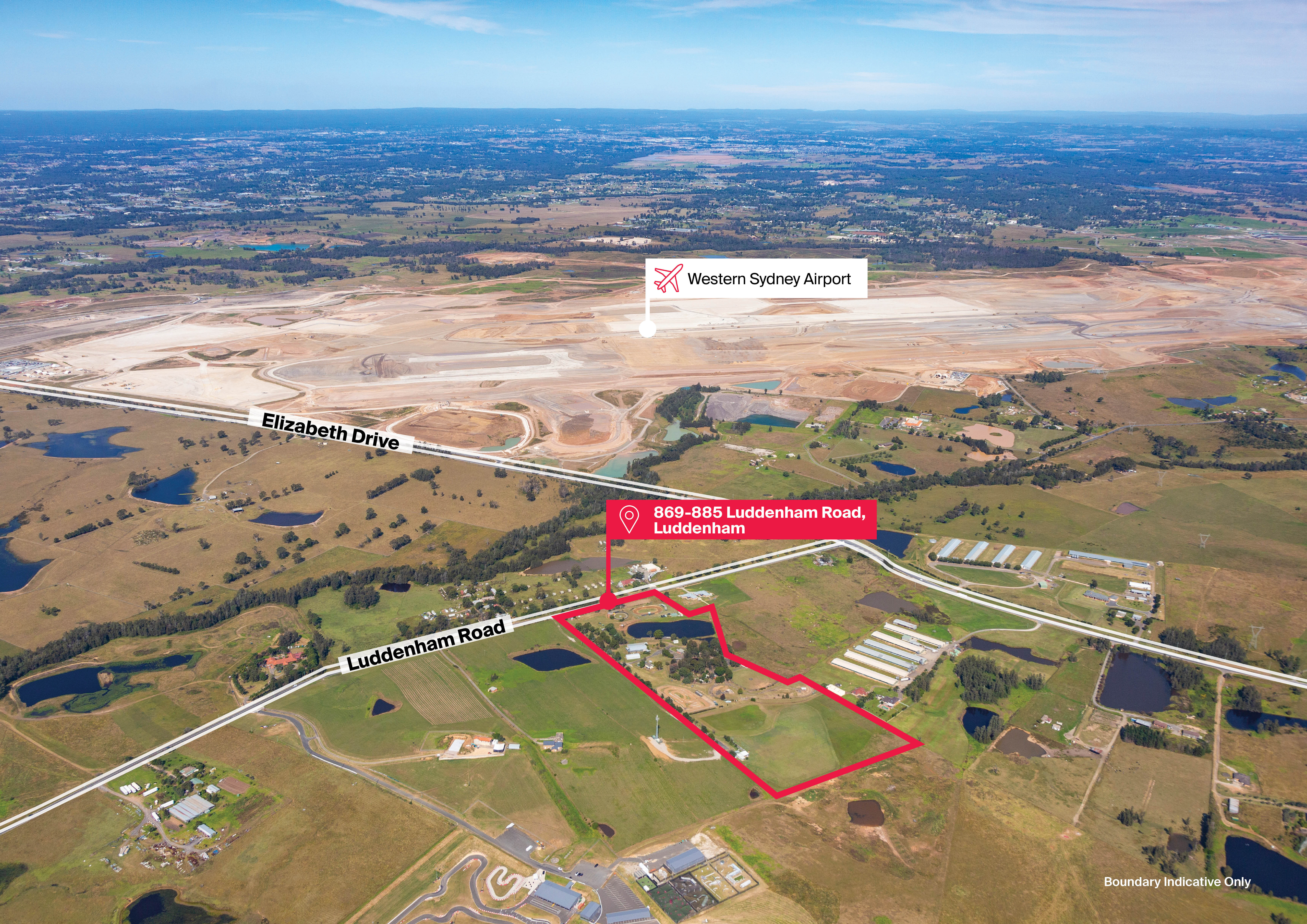 The 10-hectare property which consisted of one freehold title, with extensive frontage of 180 metres, at 869-885 Luddenham Road in Luddenham was sold by the Sydney Society of Model Engineers, to a private investor in a deal negotiated by Mark Litwin and Grant Bulpett of Knight Frank following an Expressions of Interest campaign.

They have operated from the Luddenham property, which was known by many as The Model Park, for 50 years, since 1970.

The property has flexible Enterprise zoning, permitting a wide range of uses, and is situated just three kilometres to the Western Sydney Airport main entrance and the same distance to the M12 Motorway entrance.

Mr Litwin said there was intense demand for the block during the sales campaign with interest from institutionally-managed money and private capital, with buyers coming from both locally and overseas.

“This property was sold during the COVID lockdown and despite ongoing rezoning issues in the area, demonstrating the quality of the asset,” he said.

“It is one of the last large format blocks in the Northern Gateway Precinct of Aerotropolis, which has emerged as the pre-eminent precinct for sophisticated developers and land investors alike, due to the large site areas, and resultant limited acquisition opportunities.

“This was a super premium site in a superior position within the Northern Gateway Precinct, situated close to the main entrance to the new terminal, surrounded by the new motorway network, with a large site area, relatively flat and a huge ratio of developable land.

“It also had limited possible detrimental influence from proposed planning outcomes, making the reward more attractive than the risk for buyers.

“The site is totally unencumbered by riparian constraints, which make it one of a kind.”

Mr Bulpett said the profile of capital in Aerotropolis was quickly changing as Western Sydney continued to expand at a rapid rate, with regular government announcements about investment into transportation infrastructure initiatives and land release.

“Each time Government makes an announcement about planning or infrastructure, some buyers leave while new buyers enter the market,” he said.

“Increasingly we’re seeing boutique and institutionally managed money participate, and that money hasn’t been active in these large parcels before.

“We struck a perfect balance with the marketplace on this site, getting that really premium financial outcome over the settlement period that a site like this deserves.”

Mr Litwin said Knight Frank took a lot of pride in this appointment to represent the Society.
“Their long run needs to financially and contractually protect the next 100 plus years of their existence was always front of mind for us.

“We had to bring the very best property professionals to the table who could get a grip on the planning in the Aerotropolis to get the best result.”

Chairman of the Board of the Society David Kennedy said with all the development occurring within the Northern Gateway Precinct of Aerotropolis, the timing was right to sell and capitalise on these changes.

“The board and the society’s members are understandably delighted with the outcome.

The successful sale of the Luddenham Road property will allow the Society to commence a new chapter in its 115-year history.

“We will now look for a new home to develop a new Model Park.”