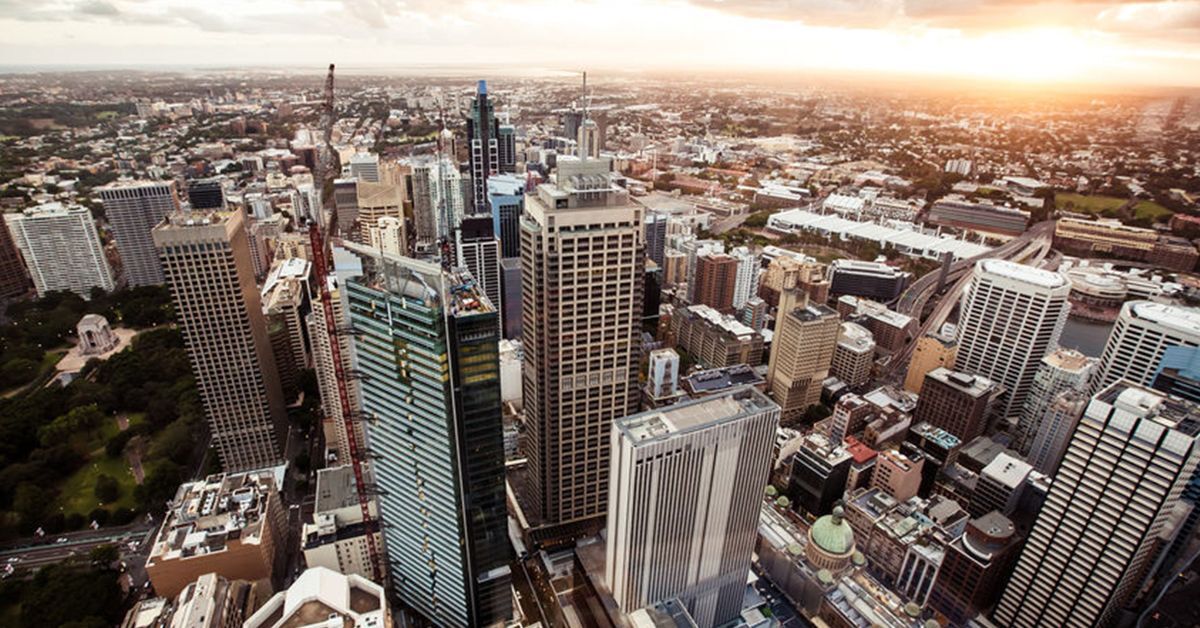 It’s been a big year and now it is time for reflection.

In this series of articles, we will be looking at the impacts 2018 has had on the residential and commercial sectors, as well as the regions and opportunities of significance in each major property development state. You can find our Victorian summary here – now let us continue with New South Wales.

Independent property valuation firm Herron Todd White stated in their recently published 2018 review that Sydney’s industrial markets performed ‘strongly’ in 2018. For New South Wales as a whole, it is clear that the industrial development sector had a very promising year, and became the answer when many investors were asking what their next venture should be. Naturally property markets are diverse, so widespread success is difficult to state – however the report does reveal that “on the whole, it was more up than down.”

The year saw many new industrial sites hit the Sydney market. While multiple factors were responsible for this, we observed considerable impact in the residential infill re-zonings of traditional industrial precincts close to the Sydney CBD, airport and ports, plus we watched the opening-up of new spaces in more outlying regions. Added to this was the pursuit of capital growth where investors looked to balance a perhaps overstated declining residential market, against an increase in industrial occupation rates driven by strong population growth (with expectations for this to continue).

Good connectivity to major transport routes and ease of access to regional business centres has served as a hallmark for successful regions. Recent development of Sydney’s metropolitan transport network has bolstered connectivity between Sydney’s ports and most major warehousing and distribution hubs in the western Sydney industrial precincts. Some suburbs which benefitted from this are Liverpool, Campbelltown, Parramatta, Blacktown and Penrith.

Western Sydney’s vacant land market continued to strengthen through the year, largely due to the lack of available vacant land in other pre-existing industrial regions. Seven Hills, Glendenning, Ingleburn and Smeaton Grange all saw land prices increase dramatically as a result.

The Western Sydney Airport project is one of the most significant developments to impact the region and will continue to do so as plans roll out.

Newcastle also performed well through 2018 with historical highs recorded by Herron Todd White. There is an indication however that lower tier properties are potentially entering into a slight price correction, after experiencing a period of strong short term capital gain. This should not over-shadow the overall strength of the market as “while sales numbers may come down from peak conditions, any value adjustments should be relatively minor.”

Savills’ Economic Property Report has revealed that New South Wales industrial market returned 12.5% over the 12 months to September 2018, thanks in large to Sydney’s Central West, which outperformed all markets nationally – “demand for industrial assets in the precinct far outstrip available supply, driving intense competition for the limited stock available for sale.”

A growing ecommerce market is driving demand for storage and distribution facilities. This is likely to push assets to Sydney’s Outer West, which Savills predicts in the “next beneficiary of limited available developable industrial land.”

New South Wales retail sector returned 9% through the 12 months to September 2018, the greatest state performance in the country. Savills have noted that returns for Neighbourhood centres led all other retail property types, and as such neighbourhood centre owners may look to capitalise on this rise in demand by presenting more retail centres to the market in early 2019.

Appetite for Sydney’s CBD office properties remained strong through the year, returning  17.1% on the back of near record-high capital returns of 11.7%. The North Sydney Office market returned 14.2% with North Ryde also returning a positive rate of 16.6%. Parramatta, however, outshone all regions in the entire nation (both CBD and non-CBD) achieving a return of 18%.

New South Wales saw a mix of results through 2018. While there was much talk of Sydney’s declining housing market, many were quick with retort, stating the market will take a good shape through 2019.

Herron Todd White noted that while the big markets saw further consolidations in their real estate prices, “some of the regionals offered excellent outcomes for those who dared to venture beyond the capital city limits.”

Sydney’s eastern suburbs stood out as the best performing region. Houses continued to perform better than units with high quality properties in the blue-chip locations remaining somewhat stable through the general downturn. Point Piper, and many other prestige inner ring suburbs saw price records smashed in the latter half of 2018.

Western Sydney saw a weaker market than 2017 with a series of settlement valuations not meeting the off-the-plan purchase prices. Agents have stated that cashed-up buyers are still in the market, however they are wiser and more selective if the proposition doesn’t fit their desires. There remains good promise for the new year however with much needed infrastructure still to be built. The Badgerys Creek Airport and Aerotropolis, North West growth precinct, South West growth precinct and the Sydney Metro Rail link will more than likely restore confidence in this growing region.

The Lismore region enjoyed a strong start to the year with demand solid across the board and extra listings being sourced to meet this. Lismore, Casino and Kyogle saw improved price levels and sales activity both in their residential and rural residential markets. Increased levels of demand continued to the end of the year, even in spite of the slight increase in interest rates.

Looking to the next year and further, the NSW State Government has laid out some very significant development plans to watch evolve through 2019. The proposed new ‘Metropolis of Three Cities’, along with the construction of the Western Sydney Airport is going to dramatically change the residential landscape around NSW’s capital. Developers and investors should also stay mindful of the ramifications for house prices after the Banking Royal Commission fallout and the potential changes to negative gearing that a post-election government could issue.

New South Wales saw a 6.8% drop in the value of residential development approvals from last year, however this value still sits at a 22.8% overall lift from 2014.

Commercial office development approvals dipped 8% from last year, however has still risen 42.3% since 2014. A similar story was told with regards to the value of retail development approvals, falling 6.9% from last year, however maintaining an overall increase of 17.4% from 2014. The industrial sector nevertheless saw a steady 1.6% improvement on last year, with a significant 68.4% increase since 2014.

Our pick for the hottest three suburbs for 2018