CBRE Victorian Development Sites are delighted to present for your consideration this exceptional and prodigious landholding positioned along Melbourne’s most prominent boulevard of development success.

+ Passed by 55,000 vehicles per day travelling between the Melbourne CBD and the prestigious Bayside suburbs (Source: VicRoads) 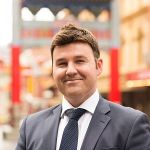