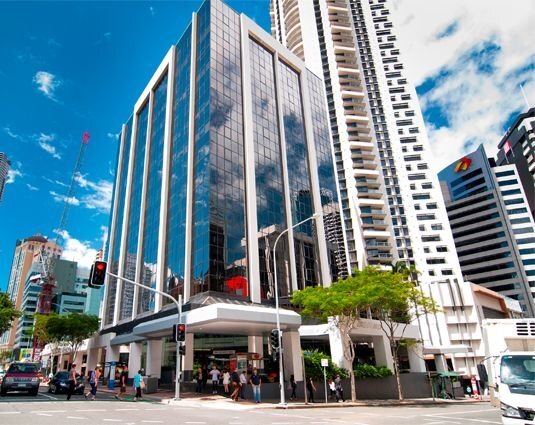 JLL’s Head of Office Leasing – Australia, Tim O’Connor said, “In 2016 we saw a tightening of the national CBD office market vacancy rate with positive net absorption more than 50% above the 20-year average. This reflects the strong leasing conditions in Sydney and Melbourne and the early signs of recovery in the Brisbane and Perth CBDs. The rebound in commodity prices over the year improved sentiment in these resource-dependent markets.

"We expect conditions to follow a similar trajectory nationally across 2017 with Sydney and Melbourne remaining at the fore of activity, demand and rental growth. Across major CBD markets nationally completions and withdrawals will offset each other over the course of 2017.

"We believe that corporate Australia will continue to make long-term strategic real estate decisions in 2017 despite any short-term volatility," Mr O’Connor said.

JLL’s Head of Office Leasing – NSW, Daniel Kernaghan, said, “Tenant displacement due to office withdrawals will be a continuing theme over 2017. The increased competition for quality space will place upward pressure on rents, and we expect incentives to continue on their downward trajectory. Increased withdrawal activity combined with limited supply additions will result in the CBD contracting in size over the year.

“Over 2016 we saw a number of organisations centralise to the CBD from smaller suburban office markets and we expect this trend to continue throughout the year.  Drivers of centralisation revolve around, access to public transport, availability of high quality office space and a desire to effect organisational change through access to a different or larger talent pool,” said Mr Kernaghan.

JLL’s Head of Office Leasing - Victoria, Stuart Colquhoun said, “Victoria continues to experience a phase of extraordinary positivity across all of its property markets, resulting from the strong, stable and diverse Victorian economy, leading employment growth and the most significant population growth Australia-wide.

“The Melbourne office leasing market has entered an 18 month period of limited new office supply, which will continue to place downward pressure on incentives and support double digit prime gross and net effective rental growth for the 2016/2017 financial year before growth moderates. In anticipation of the current development cycle and the delivery of potentially up to 108,200sqm of uncommitted space in 2019/2020, owners are increasingly focusing on place-making and creating a building ‘destination’ to differentiate their product in the market. Differentiation is nothing new, but getting customers (tenants) to look beyond the space availabilities and understand the place is becoming far more relevant these days. Customers continue to understand the benefits their workplace has in attracting and retaining the best talent and increasing overall productivity.”

“Small tenant expansion in the CBD sub 1,000sqm market is at a high, accounting for 67,500sqm (44%) of net absorption in the CBD. Whilst Q42016 recorded the strongest net absorption since 1978. We have seen an increase in demand for co-working spaces as tenants seek more flexible working relationships.

“Centralisation is also expected to continue with 11 assets in the Fringe office market, of which 6 are in the St Kilda Road precinct, predicted to be withdrawn through to 2020,” said Mr Colquhoun.

JLL’s Head of Office Leasing - QLD, Adam Barrett said, “Rents in the Brisbane CBD and Near City office markets appear to be stabilizing. Effective rents have been steadily falling over the past few years due to a combination of weak market conditions and an elevated development pipeline. Much of that office supply has now been completed with a fairly limited pipeline to come. Therefore, vacancy in both the CBD and Near City markets is expected to have peaked in 2016 which should allow for some rental growth from 2018.”

“Q4 2016 was the eighth consecutive quarter of positive net absorption for the Brisbane CBD office market. This positive demand has been a result of the Queensland economy showing early signs of recovery, after a difficult period following the mining construction slowdown. Tenants from outside the CBD have also been taking advantage of the competitive rental rates being offered by landlords. Sectors that have expanded their office footprints in 2016 were education, the public sector and construction/property services. The trend of mining related companies contracting their office requirements has continued in 2016, however, appears to be easing.”

“The positive office demand is expected to continue in the Brisbane market in 2017, supported by an improving Queensland economy. The lower Australian dollar should continue to boost sectors such as tourism and education which will be a positive for the office market. The competitive rental rates offered in Brisbane compared with Sydney may also encourage companies to expand in Queensland rather than down south,” said Mr Barrett.

JLL’s Head of Office Leasing – WA, Nick Van Helden said, “Whilst remaining a challenging market with high vacancy, the Perth CBD has seen vacancy stabilise through 2016. The second half of 2016 saw several larger leasing deals, centralisation by suburban tenants moving into the CBD, as well as withdrawals of sub-lease space. With high vacancy in the Perth CBD, prospective tenants are able chose from a number of options when looking for new premises. Tenants approaching lease expiry are often reviewing their office space requirements, and using this opportunity to relocate or upgrade their office accommodation.

“Lower rents, higher incentives, and the availability of good quality, fitted-out space continue to drive leasing enquiry and activity, but further positive net absorption results will be dependent on a significant pickup in resource sector. The Perth CBD is also seeing activity (< 1,000 sqm) from tenants relocating from suburban offices into the CBD. The correction in rents over the last two years has made the CBD an affordable option to tenants that may have previously been priced out of the city when vacancy was low.

“There is minimal new supply planned in the short to medium term, with just one major project under construction at Capital Square. Elevated vacancy and downward pressure on effective rents ensures that new office projects are unlikely to commence without significant pre-commitment. Recent leasing activity and the decline in vacancy rates has been a welcome sign for the Perth CBD office market. Perth CBD vacancy is expected to show a gradual recovery, with vacancy expected to remain elevated throughout 2017 and 2018. As a result, we forecast a stabilisation in rents and leasing incentives throughout 2017,” said Mr Van Helden.

JLL’s Head of Office Leasing – South Australia, Tom Budarick said, “Tenants are continuing to demand more from their office space. They expect to be able to achieve greater density and offer better amenity to staff than they have previously. This has resulted in greater demand for better quality buildings able to meet these needs.

“The positive annual net absorption amongst better quality buildings is directly attributable to ongoing demand for higher quality space. Including 2016, prime net absorption on an annualised basis has been positive for seven consecutive years. Occupiers have continued to take advantage of some favourable leasing conditions to upgrade their accommodation.

JLL’s Managing Director – ACT, Andrew Balzanelli said, “The ACT recorded above average employment growth over 2016 which was converted into positive leasing activity in Canberra’s office market. Although Government tenants contributed to a large majority of this activity, we also saw increased leasing from the private sector. We expect to see continued enquiry from professional services and IT firms over the course of 2017.”

“Strong leasing activity in the prime end of the market resulted in above average prime effective rental growth in 2016. Continued demand from the public and private sector for quality prime space will drive rental growth over 2017.”

“The development pipeline will pick up this year with some key office refurbishments and TOP Greenway expected to complete, which is fully pre-committed to the Department of Social Services. The current tight level of A Grade vacancies in Civic will be one key driver for new office developments to commence construction,” Mr Balzanelli said.