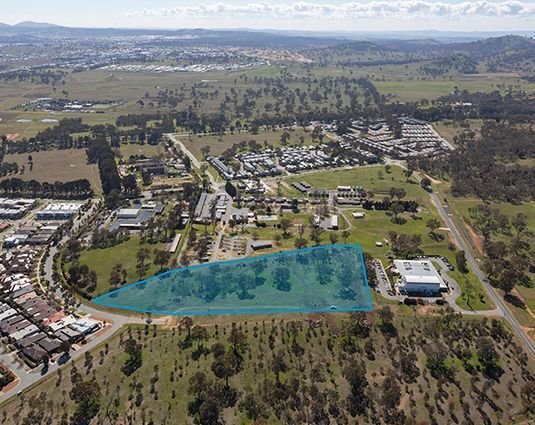 A maximum of 21, 33 and 35 dwellings have been approved for the three sections of land, located opposite the Prime Media Group building and Justice Robert Hope Park near Antill Street.

The three parcels of land, Block 9 Section 64 Watson, are being sold separately through Colliers International Canberra but could be bought by a single developer.

Their listing comes almost a year after Morris Property Group, in conjunction with Territory and Municipal Services, lodged a development application for a 110-unit residential complex on the block.

At the time, the Watson Woodlands Working Group – which fought to save Justice Robert Hope Park from urban development more than a decade ago – raised concerns about the project’s impact on the 18-hectare park’s biodiversity, including the construction of a stormwater pipeline.

Since then an Estate Development Plan has capped the number of dwellings allowed across the three sites at a combined total of 89.

Colliers International Canberra agent Josh Reid said Morris Property Group, which owns the land, would oversee the completion of all civil works on the site, including the extension of Negus Crescent to Antill Street, before settlement.

He expected the trio of sites to attract the interest of small and medium developers due to their size.

“There’s also an opportunity for bigger groups as well as they have the ability to purchase all three sites in one, bringing the number of dwellings to 89,” he said.

Mr Reid said the site’s location close to Dickson and the city was a major drawcard, as well as the closeness of light rail along Northbourne Avenue.

“Watson is certainly going to benefit from all that infrastructure,” he said.

“It’s certainly going to strengthen the case for development in that area. I think developers are certainly more confident knowing that will be happening now.”

Civil works are expected to be completed in mid-2017. Settlement is not required until that time, likely in July.

All three multi-unit sites are being sold separately via expressions of interest, closing Tuesday, November 29 at 4pm.