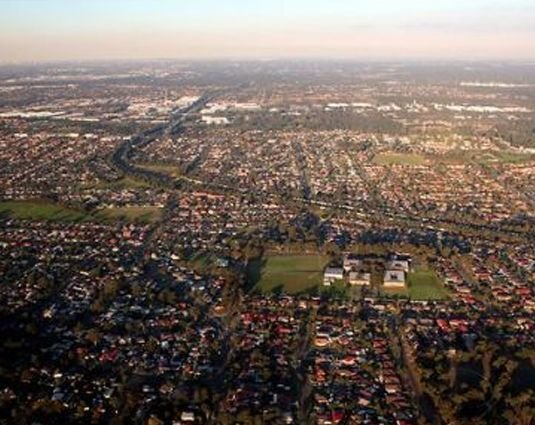 If Gladys Berejiklian wants to make housing more affordable across Sydney by supplying more homes, Appin, to the far south-west of the city, may be one of the areas to which the Premier turns her eye.

The NSW government last year pleased major land-owners south of Macarthur and Campbelltown when it reversed its position not to include areas around West Appin in housing development plans for the next 20 years.

In 2015, the Department of Planning and Environment foreshadowed the release of another 35,000 homes in the greater Macarthur area. The plan included the potential for two suburbs at Menangle Park and Mount Gilead, just to the south of Campbelltown, and a satellite city at Wilton further to the south.

But the documents released as part of the plan did not include housing developments around Appin, roughly in the middle of the two land release areas. Those documents were a blow to Lang Walker's Walker Corporation, which owned 1400 hectares at Appin.

Developer groups questioned the government's decision to leave a "hole in the donut" of its plans, right where the Walker land was.

Last year, however, Planning and Environment released draft plans that encompassed the Walker land. The plans did, however, say that the land at West Appin should be developed only after Menangle, Mount Gilead and Wilton. And a department spokeswoman said in response to this story that "major infrastructure upgrades would need to be committed by the private sector" for the land at West Appin to be rezoned for housing.

Nevertheless, Walker Corporation was pleased with inclusion of all the Appin land into the government's thinking. This meant, Walker said, that greater Macarthur could "finally be planned in the same comprehensive way" that had occurred in Sydney's north-west and south-west growth centres.

However, whether, and how quickly, to develop tens of thousands of new homes to the south of Macarthur and Campbelltown would inevitably hinge on the provision of infrastructure, and particularly improved roads.

"You can't have the housing without the infrastructure, that's the essential issue," said Angus Taylor, the Assistant Minister for Cities whose electorate of Hume takes in much of the area.

"That's why we've committed $50 million to the Appin Road and there are discussions ongoing about other infrastructure investments that have to be made in the area."

One issue is the timing of the road upgrades. Walker Corporation, for instance, says development of Appin can be used to help pay for a bypass road of Appin village. Currently, Appin Road is one of the most notorious stretches in the country.

Simon Landow, the former mayor of Wollondilly Shire Council, said he thought the infrastructure should be put in place before any major housing development.

"They've got to make sure they listen to the community. At the moment residents of Appin don't want Appin West."

Chris Brown, whose Western Sydney Leadership Dialogue included Walker Corporation as a member, said the government had "righted a wrong" in including Appin in development planning.

"This area is classic land release … but the missing link is transport."

The Department of Planning said it expected to release a draft land use and infrastructure strategy for Greater Macarthur in the first half of the year.

Ms Berejiklian had said she wanted to make both housing affordability and local infrastructure a focus of her government.