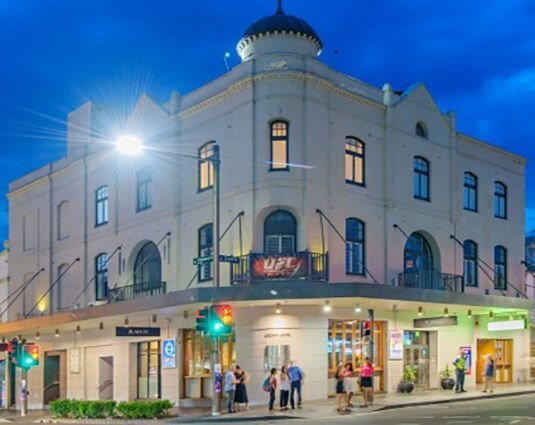 Peak Investments, headed by influential fund syndicator Damian Kelly, has acquired a Surry Hills landmark, with the purchase of the Crown Hotel for $26.1 million.

CBRE Hotels and Ray White Hotels managed the sale campaign of the top-200 gaming pub on behalf of ASX-listed Lantern Hotels, with the transaction representing the final pub sale in the group’s repositioning and divestment strategy.

The sale is the culmination of 18-month sell-down strategy of Lantern Hotel’s 16 none-core and core pub assets, following a strategic review in 2015. In line with the strategy, Lantern is expected to de-list from the stock exchange and return all proceeds of the sales to shareholders.

The Crown Hotel is an expansive four-level Victorian-style hotel prominently situated on the corner of Crown and Cleveland streets in Surry Hills. It holds a 24 hour liquor licence with rare three hour gaming shutdown and 30 gaming machines.

“We’ve been privileged to have been heavily involved in Lantern Hotels’ divestment program, with the Crown Hotel sale bringing to a close what has been a very successful outcome for the shareholders,” Mr Dragicevich explained.

“Peak Investments has been strategic in its selective investment approach following its entrance into the NSW market two years ago with the purchase of the Rose & Crown Hotel in Parramatta. This private funds management style of purchaser is becoming more and more prevalent in the current climate and provides genuine competition for the traditional pub families when quality assets are put to market.”

The sale follows a record 12 months for the Sydney pub sector, with more than $550 million in deals finalised. The final three months of 2016 and beginning of 2017 in particular have unprecedented activity, with 13 top gaming hotels transacting.

We were very grateful to be selected to kick off the deftly executed divestment strategy by Lantern Hotels with the Dolphin Hotel, a little further up the road in Crown St, and we are equally delighted to have been engaged to sell the last of the listed entity’s hotel assets in the form of the Crown Hotel.

He added: “The market competition exhibited was yet another patent illustration of the imbalance between the weight of well-capitalised and well-informed hospitality, and property groups chasing hard yield in an ever-diminishing pool of available A-grade assets.”