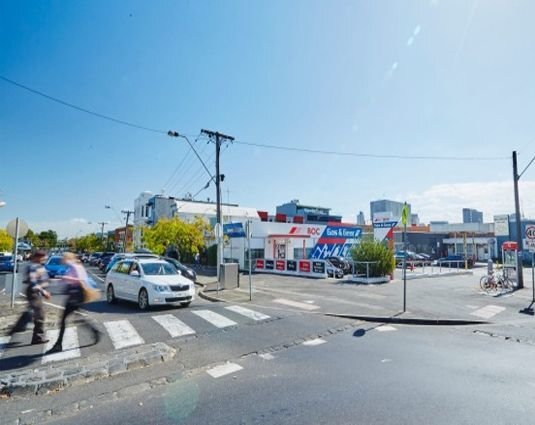 A Whole Melbourne suburban block is expected to fetch around $35 million at sale in what has been touted as the first major development opportunity offered in the city for 2017.

The 4630 square metre super site bordered by Cecil, York, Northumberland and Market streets, comprises a collection of 10 titles known as the "South Melbourne Portfolio", all located opposite the popular South Melbourne market.

The city-fringe site currently houses a mix of industrial and retail buildings, offers 200 metres of street frontage and is being marketed as a potential future residential, hotel or commercial development site.

The site’s offering follows a surge of acquisitions by Asian developers in Melbourne with CBRE reporting that 75 per cent of development sales in the final five months of 2016 were to mainland Chinese groups.

According to marketing agents CBRE's Mark Wizel, Julian White, Lewis Tong and Bianca Butterworth, this is a development opportunity rarely presented in the South Melbourne market precinct due to a lack of scalable landholdings and appropriate zonings.

Recent South Melbourne site sales have all been at land rates of between $10,000 and $12,000 per square metre. The most recent sale was in May last year when a developer snapped up 9-17 Raglan Street, an 835 sqm site with a four-level office building, for $9.1 million.

In November 2015, a Chinese developer paid $30 million for a South Melbourne car park and office building at 15-33 Bank Street on a yield of around 3.9 per cent.

Earlier this month, five-time Melbourne Cup winner and BRW Rich Lister Lloyd Williams sold the nearby Southbank premises of his property development outfit Hudson Conway for $11 million to a mainland Chinese company, which has plans for a new hotel.

According to CBRE, South Melbourne has been a hive for residential development activity in the past decade, establishing the suburb as one of the most successful development precincts in Australia.