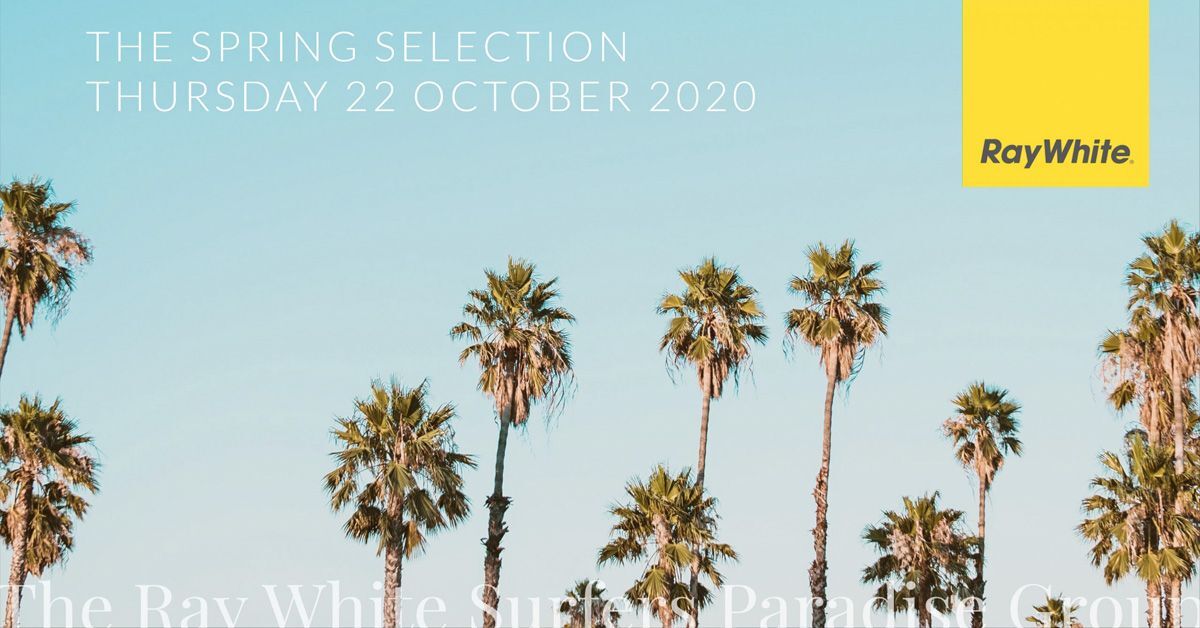 Of the 30 properties submitted, RWSP sold 21 on or before auction day, achieving a clearance rate of 70%, with many properties substantially exceeding their reserve prices.

A total of 87 bidders participated in the event with the stand-out property being a unit in the Hi-Surf Beachfront Resort Apartments along the Surfers Paradise Esplanade, attracting 13 registered bidders.

The sales at Thursday’s Spring Selection included a one-bedroom unit in Surfers Paradise which sold for $128,000, a home in Hope Island which sold for $2.35 million, and a commercial property that sold under the hammer for $2.25 million.

Despite Covid-19 the event generated a bustling auctioneering environment, with those unable to attend in person joining in through Zoom and other similar platforms.

In line with recent trends in the Gold Coast property market, a high presence of interstate buyers attended the auction, with 39 of the register bidders coming from New South Wales and Victoria.

RWSP CEO Andrew Bell said there was a notable presence of interstate buyers which is an ongoing trend in the Gold Coast among many other areas north of Sydney.

“The interstate buyers predominantly sought apartments as a low maintenance option that allows them to obtain a foothold on the Gold Coast, where they can spend good proportion of the year, whilst still maintaining their existing homes,” said Mr Bell.

“Covid-19 has also seen interstate buyers seeking properties in Queensland which can act as a refuge in the event that any future pandemics arise.”

A higher proportion of houses that went under the hammer were sold to local buyers who sought a new permanent, private residence – a trend that spending more time at home due to Covid-19 is also driving.

Mr Bell said the auction format was positive for buyers and sellers in the current environment.

"We saw, as we do time and time again, that the expression of true market value is only expressed through the competition among buyers,” he said.

"The auction gives buyers an equal opportunity to secure a property through fair competition, as opposed to private treaties, where negotiations are not open, which can often leave buyers feeling frustrated when they’re told that they’ve missed out.”

Mr Bell said with the pending opening of the Queensland border, and the Christmas and New Year season rapidly approaching, he expected a flood of new interstate and local buyers entering the market.

RWSP is gearing to up hold its iconic The Event auction campaign at the beginning of next year, buoyed by the strong results achieved at this week’s auction event.

The Event has been running on the Gold Coast for 29 years and has become an iconic fixture on the national real estate calendar.