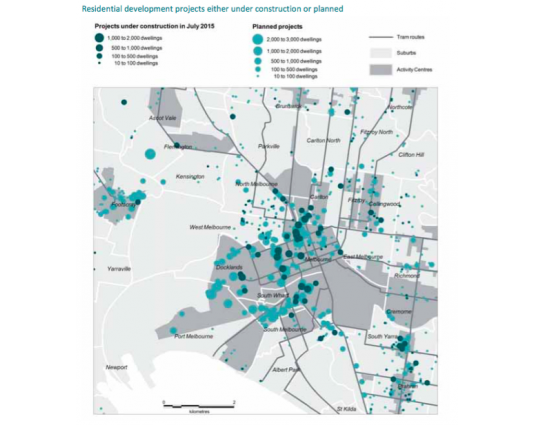 Victoria's population, particularly Melbourne, is growing strongly and is projected to continue to grow strongly into the future.

Through international and interstate migration and the formation of new households by Victoria's existing population, the number of households in Victoria is also growing - the consequence of these changes is ongoing demand for additional housing.

As older people tend to form smaller households, this will see the average household size decline and the rate of growth in new households increase faster than the rate of population growth.

'Single person' and 'couple only' households are expected to become a much larger proportion of the population. Across metropolitan Melbourne, these households are projected to more than double from under 800,000 in 2011 to over 1.6 million households by 2051.

While the proportion of 'couple with children' households is projected to decrease to 2051, the overall number of these households is still expected to increase significantly (from 540,000 to 950,000) and at all times will remain the largest number of any household type.

Since 2009, Victoria has averaged over 54,000 dwelling approvals per annum, reaching a peak of 66,000 approvals in the 2014-15 financial year. This is a significant increase on average approvals of 41,000 dwellings per annum during the 2000s. Since June 2015 approvals data suggests that high levels of approvals will continue although the record of approvals of 2014-15 may not be sustained.

Metropolitan Melbourne is the main location for housing construction in Victoria, accounting for over 80% of Victoria's building approvals.

Victoria's recent housing growth is primarily the result of rapid and substantial growth in apartment construction, which now comprises the main form of new housing in Victoria.

Victoria's housing growth has also been boosted through increased production of semi-detached townhouses and units, which grew from 4,300 approvals in 2004-05 to 8,7000 approvals in 2014-15.

The Urban Development Program 2015 anticipates there will be an additional 239,000 dwellings constructed on major redevelopment sites over the next decade, with 130,000 dwellings planned for major sites in the Central Subregion. This level of construction will increase further as development proposals for the Arden-Macaulay and Fishermans Bend precincts are finalised.