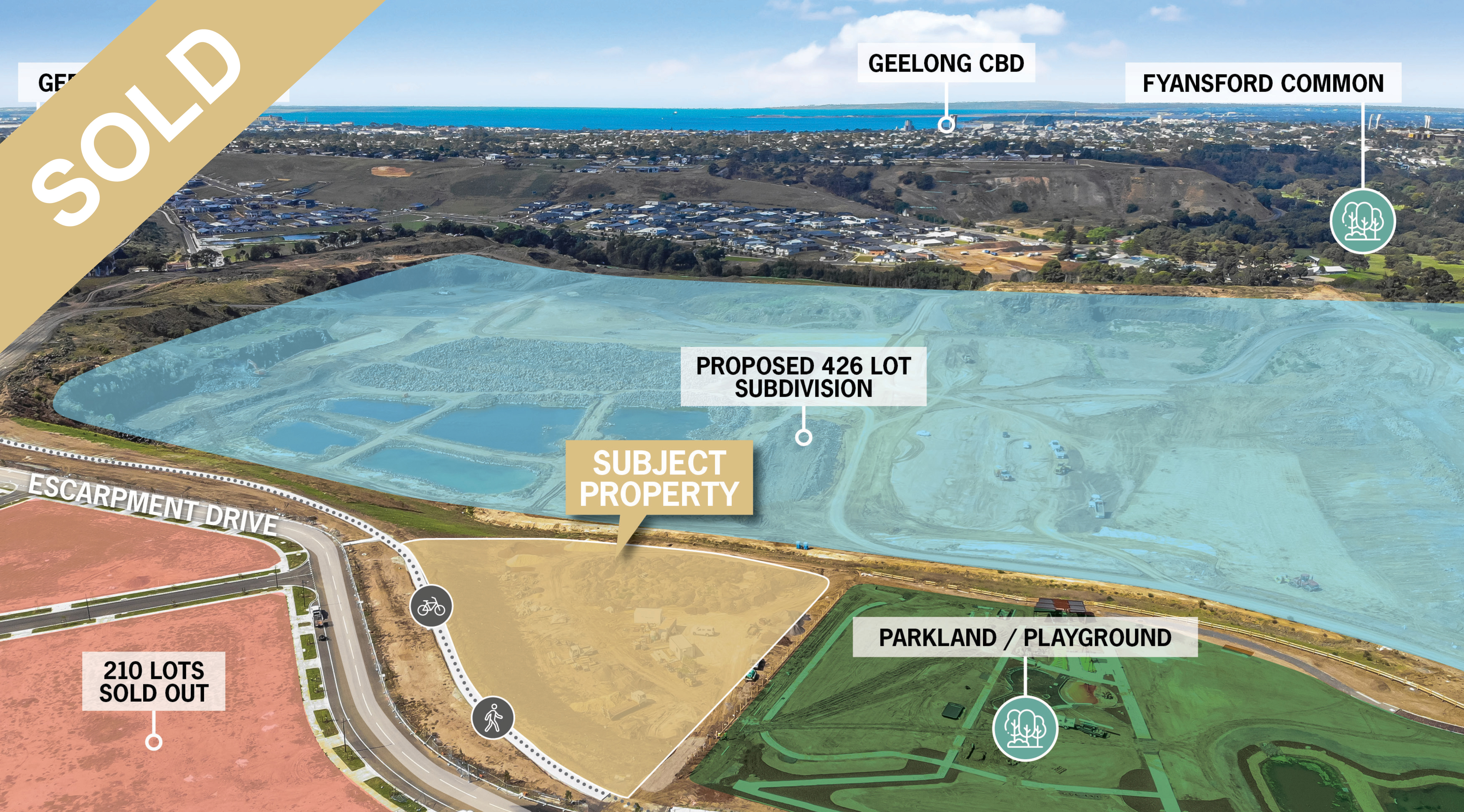 Melbourne based developer Sivasli has secured a proposed townhouse development site in the Geelong suburb of Fyansford (32A Escarpment Drive, Fyansford). Sivasli is proposing to develop 36 double storey townhouses on the site. The property is speculated to have sold for around $3.2 million.

The property was sold by ICD Group in partnership with Supalai PC. This is the third site that the partnership has sold within the GenFyansford Development in the past few months with the group also selling two town centre sites earlier this year.

The Genfyanford is Geelong's largest infill housing development which will cater for around 1,300 housing lots once completed.

The transaction was completed by Gross Waddell ICR partners Alex Ham and Danny Clark. The property was sold via a formal Expressions of Interest campaign generating in excess of 75 interested groups and 6 offers being received. It is speculated that the price was in the order of $3.2 million.

Alex Ham commented, "the site attracted strong Interest from a number of local and Melbourne based developers. Over the past year we have seen growing demand from Melbourne developers wishing to secure residential sites within Victoria’s major regional centres”. Danny Clark said, “we anticipate the interest for regional development to continue in the near future as the ‘push to the bush’ from residential home buyers continues”.

Gross Waddell ICR has also recently been appointed by Adelaide Brighton to sell a large development site 170-174 & 222 McCurdy Road, Fyansford, consisting of a 28,786 sqm hilltop site. The site has already started to attract strong interest from developers throughout Australia.