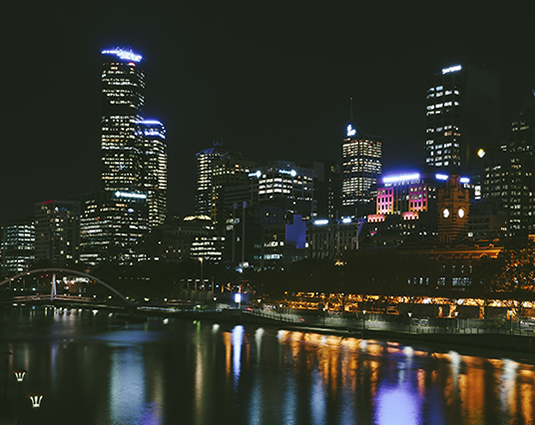 An insider’s view of five Melbourne neighbourhoods all buyers should get to know.

Hailed as “the next suburb” by Secret Agent Director, Paul Osborne, CBD-accessible Coburg is steeped in tradition but prides itself on its modern flair. Though its famous Sydney Road is peppered with eateries that evoke old-world cultures and a more relaxed atmosphere, real estate heavyweights say the neighbourhood knows how to keep up with the times. Expect an influx of youth-friendly cafes and other establishments in the near future as well as an increase in alternative energy solutions. That’s right: Coburg, with its abundance of walkways and cycling paths is keen on going green.

What else to expect from Coburg? A strong sense of community. Families and couples tend to flock to the suburb (over 30% of its population consists of multi-person households), thanks in part to its many primary schools and its frequent festive gatherings for both moviegoers and foodies.

Perhaps most tantalising, though, is Coburg’s untapped potential. Domain Group reports that Coburg has “acres of [undeveloped] zones that are waiting for something to happen.” It’s high quality properties likewise make it a top pick for any investors looking to land a deal in an up-and-coming city ’burb.

A slightly less expensive option just to the east of Coburg but with a similar profile, Pascoe Vale has been on every developer’s radar since its median property prices nearly doubled between 2008 and 2016. Its community greeneries including Cole Reserve and Gavin Park have branded Pascoe Vale as a sought-after suburb for the younger, more active demographic, while its prime location between DFO Essendon and Coburg’s bustling boutiques are sure to keep shoppers happy.

Investors who’ve avoided Glenroy because of its less-then-exemplary reputation may want to reconsider. Glenroy is now several years into a renaissance, and gentrification efforts have been on the rise since around 2013. Developers and redevelopers are catching wise to what economist Dr. Andrew Wilson calls an “emerging cosmopolitan” trend in and around Glenroy, as Melbourne’s population swells and more and more city-minded bargain hunters try to secure their own slice of heaven just outside the CBD. In addition to its close ties to Melbourne, Glenroy has local shops and restaurants (and a recently-opened art studio) that are sure to make it a hipster-worthy destination in its own right in no time at all.

Buyers hoping to get in on the ground floor might want to hurry, however. Bidding wars may not be that uncommon in the coming months, particularly as prices in Glenroy remain cheaper than in neighbourhoods like Pascoe Vale. Domain Group has also signalled an increase in property developers looking for a “knock-down opportunity” or a chance for a quick and lucrative turnaround. Anyone looking to invest in Glenroy should start their search as soon as possible.

Though lovingly and ironically nicknamed “Depreston” by singer Courtney Barnett, this suburb is clearly anything but depressing. A patchwork quilt of styles, sights and community demographics, Preston quite literally has something for everyone. Art, music and coffee abound in this idyllic ’burb, as do appealing options for young parents searching for primary schools and TAFE colleges. And for those who find they’d rather be outside, there’s always Merri Creek’s running and cycling paths as well as the renowned outdoor Preston Market. The fact that Preston is sandwiched between two tramlines and hosts two separate train stations doesn’t hurt matters either.

With citizens that skew slightly younger than nearby Coburg and a dizzying array of housing choices from brick homes to sleepy bungalows, Preston is uniquely poised to continue drawing crowds in the coming years. Be warned, though, restrictions on subdivisions in the surrounding areas are tightening, and investors may be obliged to build or sell rather than divvy up their holdings. But, with prices experiencing a steady incline, interested developers are advised to act now.

“Pure and unadulterated pre-mall Melbourne,” is how Domain Group describes it. A natural oasis at the base of the Dandenongs, Croydon is a perfect spot for those who love fresh air and tree-lined vistas. Its local and nearby facilities for swimmers, golfers and cyclists are a huge draw for outdoors-y types, while its proximity to Yarra Valley and its famously reasonable cinemas make it popular with wine and movie connoisseurs.

But if you think all of this verdant serenity and small-town charm means you’ll have a difficult time making it into the city, think again. Croydon is, in actuality, ideally situated for travel toward the CBD by road or public transportation, and its relatively short distance from Melbourne is easily surmountable.

Croydon’s many parks and gardens mean its citizens favour less claustrophobic homes with a bit more sprawl, but realestate.com.au reports an assortment of “compact” units held over from the 1980s that are “ripe for renovation.” Developers may want to keep this suburb high on their list along with the four neighbourhoods mentioned above.