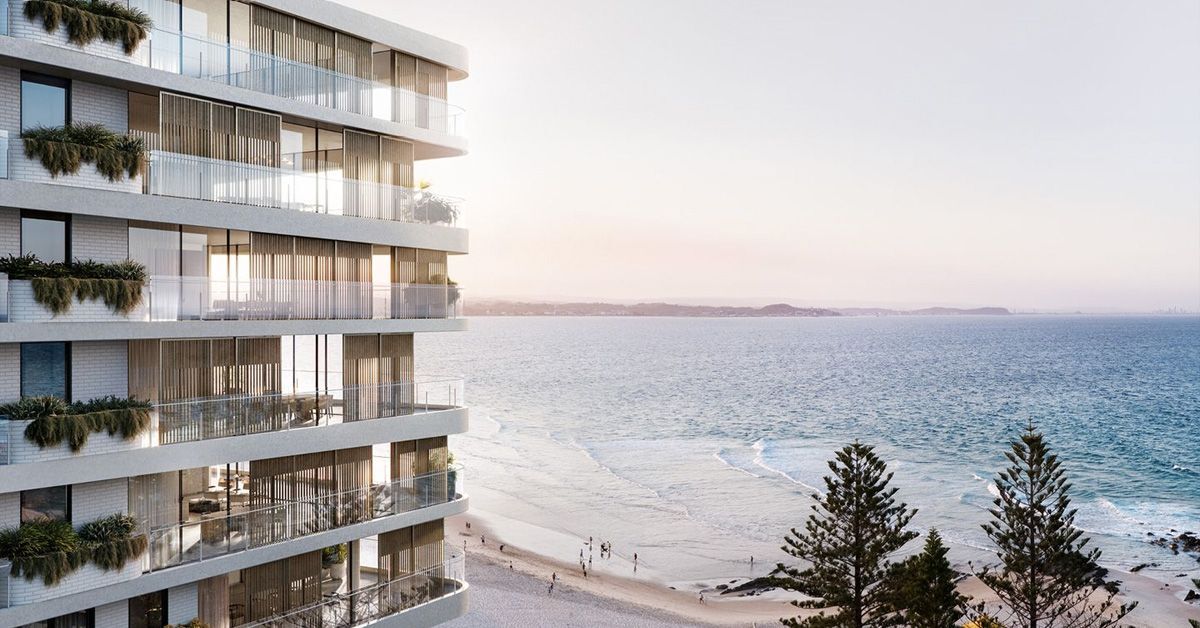 When it comes to downsizing, Australian property buyers are increasingly demonstrating that size does matter and, according to a range of property experts, that’s changing the way the development industry is approaching new projects.

And while the Covid pandemic has been responsible for a major shift in the way people integrate their home life with business – including the provision for larger home office spaces – some progressive development companies are already meeting that need.

“Downsizing has been a major driver of demand for apartments in lifestyle areas around the country, especially markets such as the Gold Coast,” says Urbis Gold Coast director Matt Schneider.

“These buyers are typically highly active retirees, or empty nesters, who want apartment living ‘with the lot’, and more developers are responding to this demographic. We’re seeing that playing out now in terms of larger apartments, particularly in the Southern Beaches Precinct, and more lavish amenities.

“Even to the extent that people who may have lived in smaller apartments on the beach are happy to move to other areas to ensure they can maximise larger living spaces including larger home offices.”

Dubbed “rightsizers”, this segment of the downsizer demographic encompasses a wide range of buyers although it is largely dominated by the boomer generation.

Traditionally the apartment market over the past decade, particularly in larger cities, has catered to investors with one- or two-bedroom apartments designed to be utilitarian residences for younger working professionals as tenants.

While higher density usually translates to higher yields for developers, Mr Schneider said the data shows apartments have become bigger over the past two years.

Australian Bureau of Statistics data commissioned by CommSec shows the average size of new homes built in 2018-19 was 1.3 per cent smaller than the year before, but the average apartment size expanded by 3.2 per cent over the same period.

The Gold Coast is among the biggest adopters of the larger apartment trend, with research from Knight Frank showing 70 per cent of medium-density dwellings built since 2017 offered three bedrooms or more, which is higher than any major city in Australia.

“The ABS data on apartment sizes reflects a significant shift in the type of apartments being built nationally and how that’s shaping the approach by developers away from higher density projects to those that are more sustainable and functional,” said Mr Schneider.

“The economic reality in lifestyle cities such as the Gold Coast, for example, is that there is a ready market for luxury apartments that offer more space and the flexibility of more bedrooms.

“Apartment buyers may be looking for lock-and-leave, maintenance-free living, but they’re also looking for privacy and amenity with the room to move that they have become accustomed to in their family home.

“Developments that cater to these buyers typically offer residents more landscaped open space, with recreation areas that enhance a residential community feel, while offering large apartments with deep liveable balconies and that are designed to optimise privacy.”

New projects are benefitting from this approach

Among the Gold Coast developers taking this approach are some of the best-selling projects in the city, including the $74 million Flow Residences at Rainbow Bay which has sold out, Spyre Group’s $77 million Natura at Burleigh Heads offering all large three-bedroom apartments with only a handful remaining, and Cru Collective’s Siarn apartments at Palm Beach which have all sold prior to construction completion.

Long-time Gold Coast developer Rayjon has also tapped into the strength of the downsizer market at Vantage Benowa and is looking to replicate its success when it launches a project in Burleigh later this year adjacent to the Treetops Shopping Centre.

Rightsizer projects are often defined by spacious lawns and gardens, multiple carparks for each apartment, expansive indoor residents’ area, large swimming pool accompanied by an outdoor residents’ lounge and an outdoor barbecue area and dining pavilion, as well as a gym and sauna.

“The common denominator with all of these projects is they are tailored to the “rightsizer” – the ones who are leaving their houses, downsizing, but not sacrificing the living spaces they had in their homes,” says Mr Schneider.

“These are all large apartments that maximise livability and space while allowing people to get out of the traditional home.”

In a separate report, on the sale of million-dollar-plus apartment, townhouse and duplex sales across the Gold Coast, Urbis points to strong sales increase in this sector.

Across the Gold Coast during 2019 there were 478 apartment, townhouse and duplex sales priced at $1 million and over. This is an increase of 57 per cent on figures from five years ago.

“What is evident is the downsizer market doesn’t want to sacrifice the space they may have had in a home and are looking for projects that offer house-style living in larger, more spacious apartments.

“It’s become a value proposition that’s actually working for buyers and for developers. In the end, this type of development provides a better outcome for the broader community as well.

“And people will sacrifice being on the beach to find the apartment that offers these larger living options.”