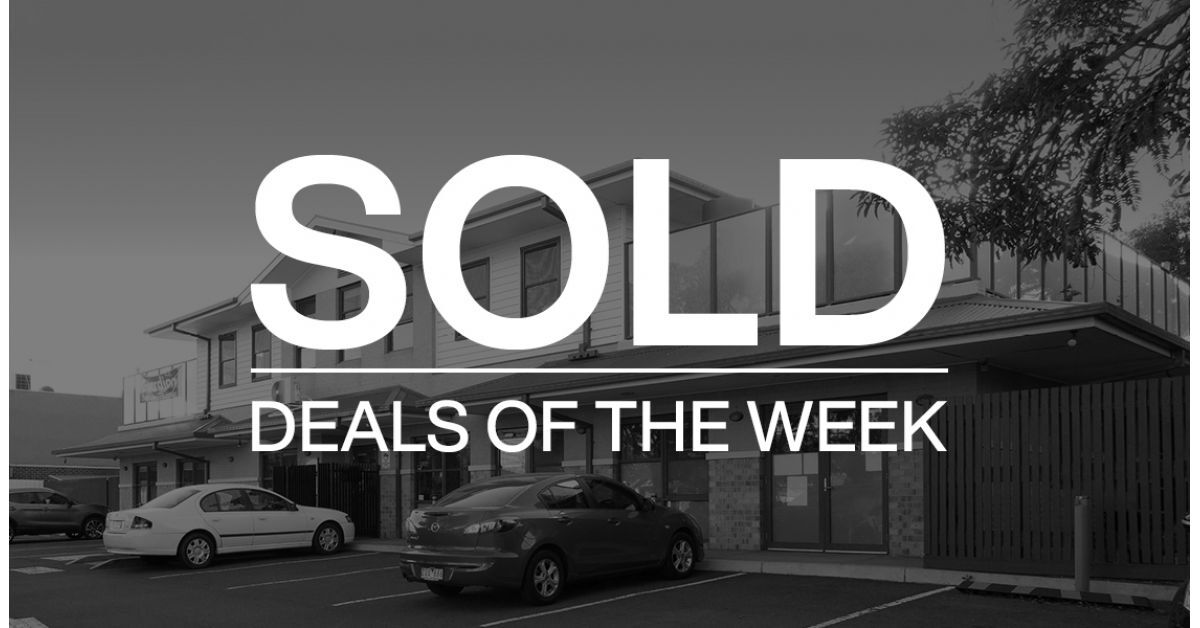 The Macquarie Park Corporate Centre, located at 2 Banfield Road, presents a 14,600sqm A-grade office space over twelve storeys. The building will soon be occupied by Schneider Electric (around two thirds) with another full-floor believed to currently be under offer. The building also contains ground level retail and a gym.

The two properties, located at 513 Mount Derrimut Road and 179 Studley Court in Derrimut, are the fourth and fifth assets belonging to CIP in the suburb. Both were constructed in 2008, occupying 2.8 hectares and 2.2 hectares respectively.

DANDENONG SOUTH - $9.6 million
A former gaming warehouse belonging to Tabcorp in Dandenong South has recently sold to an owner occupier for $9.6 million. The vendors originally purchased the asset in 2004 for $6 million.

138 Hoffmans Road presents a 804sqm facility first and was sold with a recently renewed 10-year lease (plus options) with Guardian Early Learning, returning a net income of $457,275.

TARNEIT - $6.57 million
ASX-listed property group HomeCo has expanded its portfolio of childcare centres with the acquisition of a brand-new facility in the Melbourne suburb of Tarneit for $6.57 million.

Situated at 80 Homebush Drive, Tarneit, on a 2,305sqm corner site, the property comprises a new, state-of-the-art building spanning 2,093sqm. The centre, which can accommodate 140 children, is leased to Explorers Early Learning on a 15-year lease term with two 10-year options available.

CHELTENHAM - $5.8 million
A landmark aged care facility in Melbourne’s beachside suburb of Cheltenham has sold for $5.8 million amid growing investor interest in the sector.

“Investor interest and appetite in the aged care sector has been increasing year-on-year since 2018; it is well-placed to be a breakout investment class in 2021,” Mr Tat said.

“We are fielding growing interest in these investments from both international and local investors, very similar to the market we saw for medical centres in 2015 and 2016.

“Despite some of the sentiment around aged care in 2020, investors continue to gravitate towards the sector, largely drawn by the fact these properties are land-tax exempt while they are being used as an aged care or supported residential services facility.”

MURRARIE - $27.672 million
Alceon Qld, in a joint venture with Keystone Private, has sold the global Research and Development headquarters of electric vehicle charging station provider Tritium in an off-market deal valued at $27.672 million.

BOWEN HILLS - $2 million
A local private has purchased a 394sqm tenanted office investment in Bowen Hills from a long-time owner occupier for $2 million.

Located at Suites 14-18, 17 Bowen Bridge Road, Bowen Hills, the property is currently occupied by Gallagher Benefits under a 3-year lease. The suites featured great flexibility as it had five separate titles and could be sold down at a later stage.

The deal was negotiated by Savills Australia’s Will Carman and Mark Dann.

The 6,295sqm landholding and is located at 34-36 Minilya Parkway just 50m from Peel Health Campus, a 260-bed hospital, and directly opposite a brand-new Genesis Cancer Centre. The property offers significant roadside exposure and benefits from accessibility, being only minutes from the Kwinana Freeway.

BECKENHAM - $7.8 million
A bulky goods investment property in Beckenham has traded from Mair Property Funds to Beacon Lighting for $7.8 million.

The property, located at 19-21 William Street, encompasses a 4,756 square metre site with 41 car parks and was leased to both Forty Winks and Beacon Lighting prior to the sale.

Active Sydney property group Revelop has acquired the landmark City Cross Shopping Centre in Adelaide’s Rundle Mall for $60 million, while investment firm Greenpool Capital, with backing from Qualitas, has snared North Adelaide Village and an adjoining site at 85-87 O’Connell Street in a deal valued at $50 million.

CBRE’s Simon Rooney together with James Douglas negotiated both sales.

In relation to North Adelaide Village, Mr Rooney noted that since the global pandemic, there has been a marked increase in the depth of capital searching for non-discretionary retail, given the highly resilient nature and strong performance of this specific retail sector.”

“While total transaction volumes have fallen considerably from 2019 levels, the share of neighbourhood centre transactions has increased substantially from 17% of all retail deals in 2019 to 62% in the year to date.”