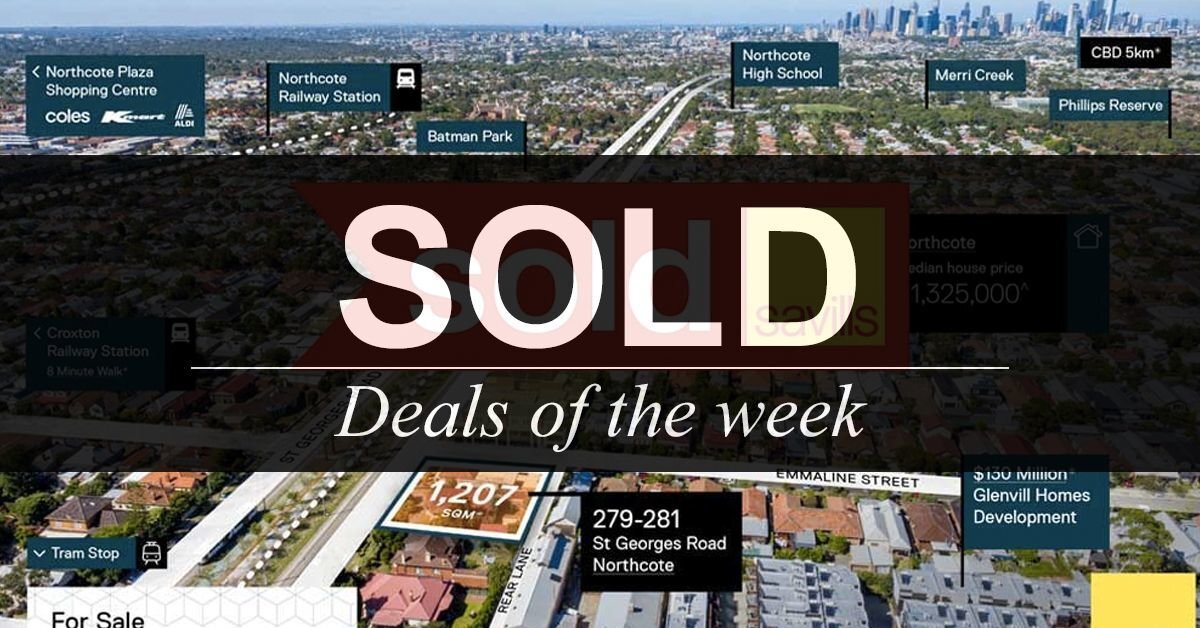 SYDNEY
A Sydney-based, Chinese investor has traded just over $50 million for a commercial free hold site at 499 Kent Street in Sydney. The investor has plans to re-develop.

Despite some noticeable cooling across sales of Sydney land, this acquisition demonstrates the continued health for well-located sites that hold promising commercial or residential development.

"499 Kent Street drew strong interest from local and offshore investors and developers as it is one of the last development opportunities of this scale within this precinct of Sydney's CBD," Knight Frank's Andy Hu said.

Given Gosford’s growth and demand, along with the strong 10-year-long government tenure, the site drew a lot of attention.

TOWNSVILLE
Sentinel Property Group have secured their ninth addition to the Sentinel Regional Office Trust with the purchase of 370 Flinders St in Townsville. Paying $15.5 million for the eight-level Central Plaza, this acquisition brings the value of the trust up to $250 million.

Sentinel have reported that they see direct potential in Townsville, with planned spending on infrastructure, sporting, mining, defence, health and manufacturing.

GLEN IRIS
A Melbourne based investor has purchased a retail/office investment property with development potential at 1628-1630 High St in Glen Iris at auction for $1.03 million.

The site previously held an open-plan office space, but was sold vacant.

MORDIALLOC
A Mordialloc retail building has been sold from one local investor to another for $2.2 million.

NORTHCOTE
A site in Northcote has been secured, against fierce competition, by a local childcare developer.

CAMBERWELL
A development approved site has sold at 1308-1310 Toorak Road in Camberwell for $3.99 million. The vacant lot, approved for 20 luxury apartments with approximate land coverage of 1,279sqm, was sold by expressions of interest.