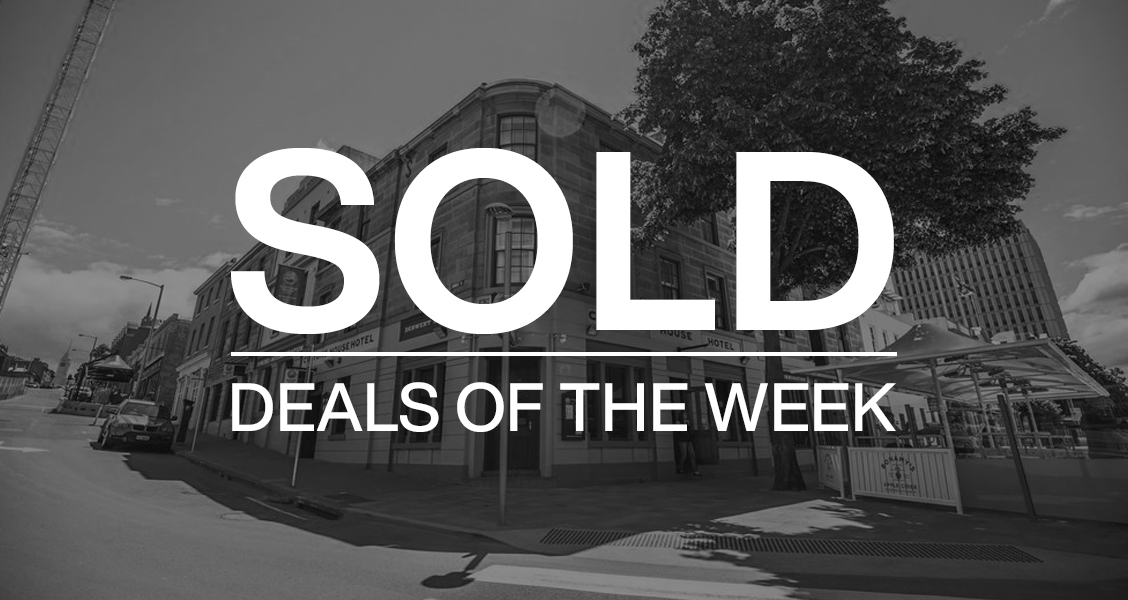 A 1.85-hectare high-density residential development site in Macquarie Park has recently traded hands from Landcom to Landmark Group for $135 million.

The property encompasses four land lots that form Stages 2 and 3 of the Lachlan’s Line estate on Halifax Street. It is expected that the property will allow for around 950 dwellings within towers of 10-30 storeys.

Knight Frank’s Scott Timbrell sold the properties on behalf of the state government.

A former CBA branch located at 539-541 Sydney Road has recently sold via an online auction for $7.645 million. There were 11 registered bidders, a mix of owner occupiers, investors and developers with bidding starting at $4.2 million and continuing for 63 bids before the hammer fell.

It is understood the purchaser intends to covert the bank into a large format retailer. The property has a total NLA 393sqm and consists of three retail tenancies on a 674sqm parcel of land. The land B2 zoning allows for future a ‘Shop-Top Housing’ development.

A prominent site in the East Lidcombe bulky goods precinct has sold for the second time in two years for $5.31 million to a local furniture company. The 1,113sqm site, which includes a mezzanine office and showroom, was picked up by Triumph Furniture.

Located at 12-14 Adderley Road with neighbouring national and international brand heavyweights such as Costco, Harvey Norman, Bunnings Warehouse, Fantastic Furniture and Adidas is close by.

Current improvements on the site include a 1,132 sqm freestanding warehouse and office building with a basement car park. The site has B6 enterprise corridor zoning and features two street frontages from Adderley Street and Local Road.

A private investor has purchased the freehold interest of the Customs House Hotel in Williamstown for $5.85 million.

Having transacted with an existing lease to an experienced hotel operator, the sale represents a yield of 3.84% based on the net annual income of $225,000.

The pub and restaurant venue occupies a 1,100sqm site at 161 Nelson Place and had been under the same ownership for more than two decades.

After hitting the market for the first time in 20 years, 382-384 Warrigal Road, Ashburton, sold for $3.201 million, more than $1 million above the reserve via online auction.

The 550sqm retail building received keen interest with 76 enquiries prior to auction and 25 registered bidders on the day. The bidding started at $1.9 million, with 182 bids placed throughout the auction.

The property, which is leased to long-term tenant Trifusion Fitness with a new five-year lease as of 2020, received a lot of interest with more than 70 enquiries prior to auction, 13 inspections, and six registered bidders on the day.

A Melbourne investor has paid $1.035 million for a retail strip property with development upside at Ashburton in Melbourne’s inner south-east.

Five bidders from more than 20 registered parties took part in the online sale delivering a substantial hike above the vendor’s reserve price.

The 403 High Street property, comprising a single level, 140sqm retail premises on a 235sqm site with two street frontages, was sold subject to a five-year lease currently returning $35,000 per annum net with 3 per cent annual increases.

The centre is recognised as one Australia’s best regionally located sub-regional shopping centre assets and attracted competitive buyer interest, with the sale price reflecting a net passing yield of 6.46% and fully leased yield of 6.55%.

Located approximately 18km south of Cairns CBD, Gordonvale Highway Service Centre (United Gordonvale) is situated on the corner of Bruce Highway, the major north-south highway in Queensland, and Cairns Road, with over 200 metres of combined frontage exposed to 130,000 cars weekly.

United Gordonvale offers a WALE of 9.4 years, underpinned by United Petroleum on a new lease, a McDonald’s drive-through, and a Subway.

A long-established medical centre asset in Brisbane’s eastern suburb of Carina has sold to a private investor for $12.5 million.

The elevated 5,714sqm site known as the I-Med Carina & Old Cleveland Road Clinic, accommodates 1,689 sqm of retail space and houses eight tenancies. 97% of the centre’s income is underpinned by allied health and medical tenancies with leading occupiers including a general practitioner, radiology clinic, Snap Fitness Gym and diagnostic testing laboratory Sullivan Nicolaides, most of whom have been in occupation for over 15 years.

Perth’s London Court has recently been picked up by Singapore-based Fragrance Group for $28.4 million.

The heritage-listed four storey Tudor building, which was constructed around 1937, presents a basement retail/workshop, 34 ground level shops and 57 upper level offices with a total GFA of 3,071sqm.