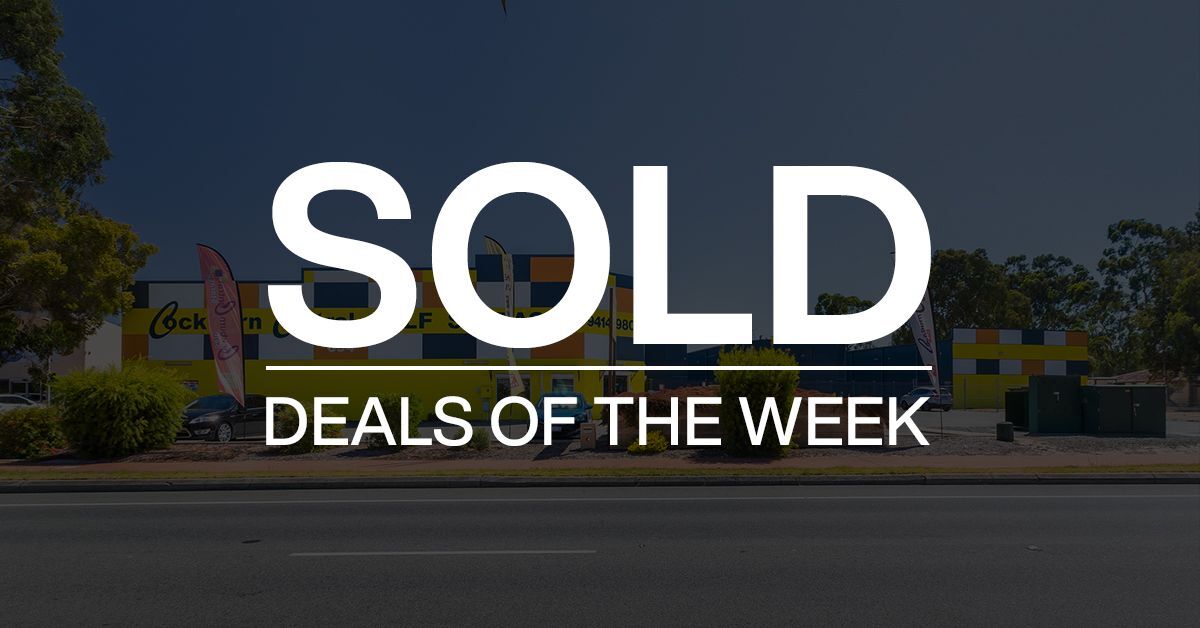 The 16,692sqm site, located at 149 Hansworth Street, was sold with a permit for two residential towers and 30 townhouses.

SOUTH MELBOURNE - $6.42 million
The South Melbourne head office of Stowe Australia, an electrical and communications contractor, has been offloaded for a speculated $6.42 million as the firm prepares to move to bigger premises in Port Melbourne.

Located at 67-69 Buckhurst Street, the 1,800sqm building sits on a 903sqm landholding; Melbourne-based Incore Developments is believed to be the successful bidders.

in Baxter to a local residential builder for $1.2 million.

The acre sized parcel of land, situated at 51-61 Station Street adjacent to the Baxter train station, is zoned General Residential and enjoys proximity to a small shopping centre anchored by Woolworths.

The purchase was made on behalf of a new managed fund called the Riverside Plaza Syndicate in line with its strategy to reposition town centre retail real estate. The new owner intends to repurpose a vacant Target tenancy within the mall for medical and health uses, and to realise value from non-core surplus land that forms part of the three-hectare property.

The pub was originally purchased by the Laundy family, the nation’s largest private hotel owner, in 2016 for $13 million. The sale follows a string of hotel transactions headed up by the Laundy’s, including the recent purchase of Byron Bay’s The Farm.

The large-format Swansea Hotel is located between Newcastle and the Central Coast on a retail strip lining the Pacific Highway at number 196. The 3,235sqm site benefits from 24-hour trading approval, dining, accommodation and 30 gaming machines.

SCHOFIELDS - $5.308 million
A newly developed childcare centre in western Sydney has sold successfully under the hammer for $5.308 million.

Located at 5 Lillyana Street in Schofields, 45 kilometres west of Sydney’s CBD, the childcare centre was sold fully leased to Young Academics on a 10-year term plus option. The property encompasses a 877sqm building on a 1,564sqm landholding.

ROBINA - $41.3 million
Building 1 in the Acuity Business Park in Robina on the Gold Coast has been pre-sold by its developer Alceon for $41.3 million.

A private investor secured the 6,050sqm, four-storey building, which is already leased to home builder Metricon (about 75%) with CBRE leasing the balance and Building 2.

The Acuity Business Park will contain three standalone office investments with a total area of 15,000 sqm, a plaza, shops, gym, garden and basement car park. Originally the land was earmarked by the City of Gold Coast for a regional base, but the council opted to sell the site last year for $7 million.

COORPAROO - $12.5 million
An industrial property in Brisbane's south-east, which currently plays home to a louvre window manufacturer, has settled for $12.5 million.

Located at 35 Cambridge Street in Coorparoo, the 5,893sqm office-warehouse was sold fully leased to Breezway Australia on a lease due to expire in July 2028.

ASCOT - $6 million
One of the Coffee Club founders, Emmanual Drivas, has purchased the entire ground floor retail component of the new “Silk” development in Ascot for $6 million.

Located at 854 N Lake Rd in Cockburn Central, around eight kilometres south of Fremantle, the Cockburn Central Self Storage is a modern facility with approximately 500 units spanning an enclosed storage area of around 5,000sqm. The development sits on an extensive 1.679ha site which currently supports a wide open hardstand area of around 1ha, being utilised for vehicle, boat and caravan storage.

The deal was negotiated by JLL’s Sean Flynn and Nigel Freshwater.

Mr Flynn noted that the campaign was a great success, generating over 90 enquires and multiple bids. “The standout feature of this campaign was the fact that despite having to close the campaign as WA entered partial lockdown, we were able to undertake a shortlist process, select a preferred bidder, negotiate a sale contract and run a successful due diligence entirely working from home.

MANNING - $2.025 million
A private investor from Sydney has snapped up a secure investment in Perth’s inner suburbs for $2.025 million.

The asset, located at 19 Welwyn Avenue in Manning, came with a 201sqm building and was sold leased to Woolworths (operating as BWS) on a five-year lease with five options of five years each.

The property was marketed and sold prior to the auction by Ray White Commercial’s Brett Wilkins.