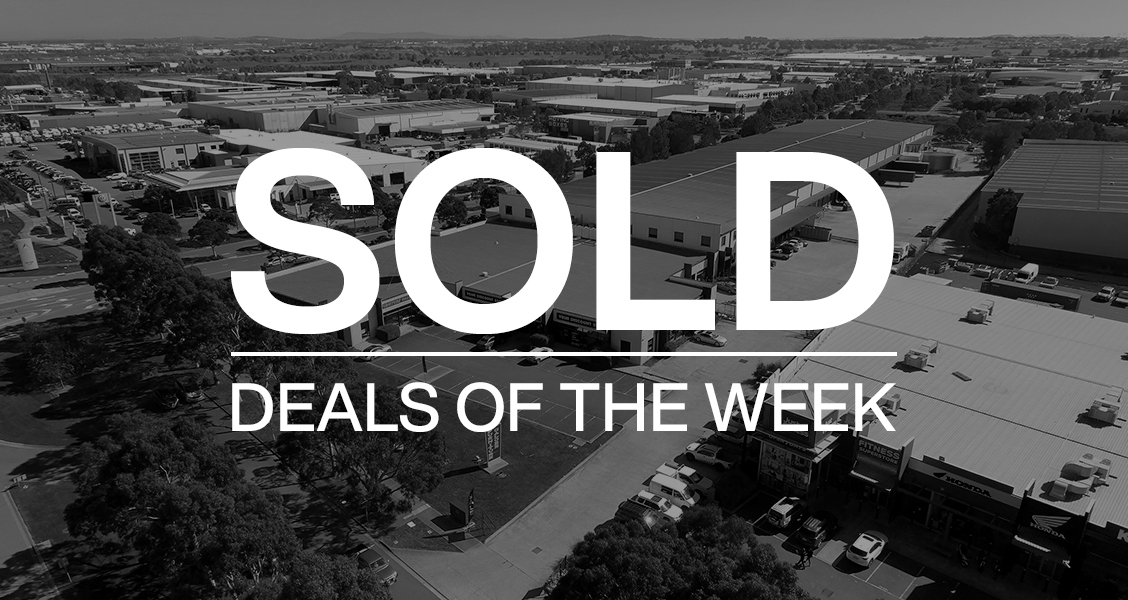 The majority interest (66.66%) in the landmark building was secured from Singapore’s sovereign fund, GIC, and Nuveen Real Estate, one of the world’s largest real estate investment managers. The remaining third has been retained by property manager Vicinity Centres.

The property is one of the Melbourne CBD’s best-known buildings and is located in a prominent position on the Bourke Street Mall, with a 61m frontage offering nine levels of retail accommodation over circa 40,000sqm of GLA. The building occupies a 5,680sqm site at 314-336 Bourke Street & 315-321 Little Bourke Street. It has a WALE of 10.5 years and is 100% leased to Myer Holdings Limited.

The sale represents a record for the largest regional pub transaction in Victoria, trumping last month’s sale of the Lorne Hotel at circa $38 million.

The transaction was brokered off-market by JLL’s Will Connolly and John Musca.

The property at 348 Cooper Street, comprises 13,597sqm of high-clearance warehousing, office and showroom space that was the headquarters of the former owner occupier, Furniture Galore. The asset was purchased by CIL off-market, under a delayed settlement with vacant possession.

A local investor has paid $3.05 million - 38% above the vendor’s reserve price - for a tyre repair outlet in Noble Park.

Leased to The Tyre Factory with 18 months remaining on the lease, 47-48 Douglas Street transacted on a sharp yield of 1.85%, as investors continue their hunt for income producing assets amid record low interest rates and a volatile share market.

A mixed-use freehold commercial building with development potential in the heart of Eastwood in Sydney’s north-west has sold under the hammer for $19.25 million in a competitive online auction.

The winning bidder of 42-50 Rowe Street was a local private Asian investor.

It was the first time in 30 years that the 1,467sqm site, improved by a warehouse and showroom asset, was offered to the market.

A local Asian family has snapped up a Lower North Shore commercial asset owned by the Tavakoli family for $13.888 million under the hammer.

‘Rosenthal Arcade’ at 79-83 Longueville Road, sits on a 734sqm site, providing approximately 1,689sqm of NLA across a three-level building, complete with basement parking, and is adjacent to ‘The Canopy,’ a newly developed village centre.

Sydney-based property developer JQZ has exchanged a sales contract on the first penthouse in its ’88 by JQZ’ project for $10.5 million – just seven days after its release to market. The sale sets a new price per-square-metre record for the Lower North Shore; $52,239 per-square-metre for the 209sqm penthouse.

The ‘88 by JQZ’ residential precinct, currently under construction at 88 Christie Street will ultimately feature four penthouses, of which the penthouse sold, was the smallest.

The two-storey penthouses will be positioned on levels 46 and 47, atop JQZ’s $1.6-billion three-tower urban transformation precinct, which is set to contemporise the St Leonards town centre and includes two residential towers of 47 and 26 storeys, and one commercial tower of 15 storeys, designed by PTW Architects.

15 registered bidders battled it out at auction for the freehold of Lalor Park’s IGA as 52-54 Freeman Street sold for $3.63 million under the hammer to a private investor.

With a combined 745sqm building area on a 758sqm total site area, the property offered two separate titles and produces a net income of $141,172 plus GST per annum.

The asset was marketed and sold at auction by Ray White Commercial’s Jai Sethi, Peter Vines, and Victor Sheu.

Private owners, the Ryan family, have sold the Eatons Hotel in Muswellbrook, New South Wales after 17 years of ownership.

Located on almost an acre of land in one of the major centres for coal mining in NSW, Eatons Hotel is a well-presented regional pub with 15 accommodation rooms, a 4-bedroom managers residence, 12 EGMs, modern beer garden, public bar, commercial kitchen and a large dining space for families.

Bridge Street Plaza, located at 546 Bridge Street, has sold to a Sydney-based buyer for $10.5 million.

The asset, that comprised a new generation ALDI supermarket plus convenience food/services offerings, received more than 80 enquiries and six contracts – the winning bidder was reportedly the one able to settle in the quickest time frame with the smallest amount of funding required

The property was marketed and sold by Ray White Commercial’s Stephen Kidd and Elliot Kidd.

An investor from Sydney has purchased the Chancellor Village Shopping Centre in Sippy Downs on Queensland’s Sunshine Coast for $10 million.

The shopping centre at 11 Chancellor Village Boulevard is positioned on a 4,801sqm site with 1,373sqm of NLA, along with 73 car parks. The asset produces $700,000 net income per annum.

All 18 units at Brisbane’s brand-new M-Space Colmslie have sold out in double-quick time for a total of $7.885 million as both investors and owner-occupiers took advantage of the ever-popular and exponentially growing Australia TradeCoast corridor.

The units ranged in size between 62sqm and 181sqm with three being sold to investors and the other 15 sold to owner-occupiers.

All 18 units were marketed and sold within a year by the Ray White Commercial’s David Highman, Jared Doyle and Jack Gwyn.

Perth based, Australian real estate funds management group, Acure Asset Management has announced the sale of its Bunnings property on the corner of Safety Bay Road and Baldivis Road, to Charter Hall for $49 million. The vendor originally purchased the asset in 2015 for $29.25 million.

The property is home to two long-term, established tenants in Bunnings Baldivis and Petstock and has total GLA of 15,443sqm and a site area of 34,000sqm.

A local developer has purchased an incredibly rare development site at 443 Stirling Highway for $3.7 million.

Located on the corner of the Stirling Highway and Clive Road, the asset has 2,067sqm of land holding with 453sqm of current improvements.

A local investor has purchased a retail asset at 14 Bay View Terrace for $2.6875 million.

The asset was marketed and sold by Ray White Commercial’s Brett Wilkins, in conjunction with Lease Equity’s Luke Pavlos.

AM Alpha, a Munich-based family investment office has successfully completed the largest industrial transaction to date in South Australia for 2021.

The acquisition from SCT Logistics of the fully leased Treasury Wine Estate Intermodal Facility at 123-145 Pellew Road for $98 million represents an equated market yield of 5.1%.

The modern property is approximately 28km north of the Adelaide CBD and comprises a purpose-built temperature-controlled and ambient distribution facility together with further development land. The property has an area of approximately 45,000sqm on a site of 10.95 hectares. It’s fully leased to ASX listed tenant Treasury Wine Estates with a WALE of around 9.5 years.

The deal was negotiated off market by Savills Australia’s Ryan Mills and Rino Carpinelli.