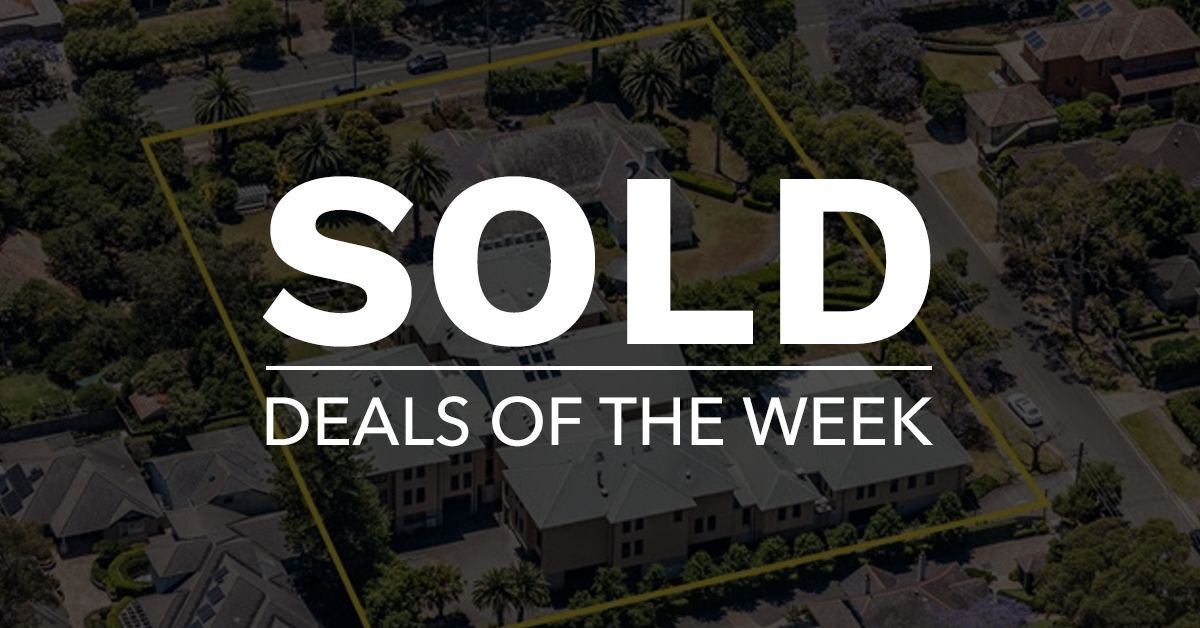 WEST MELBOURNE - $38.5 million
Sydney based Australian funds management firm AVARI Capital Partners is behind the second notable commercial sale in West Melbourne in a week, with the acquisition of an office building for $38.5 million.

The second of a portfolio of three, the West Melbourne property comprises a six level, 7,362sqm building on a prominent 2,000sqm corner site with more than 90m of frontage. AVARI founder and chief investment officer Alan Liao said the acquisition was in line with the firm’s strategic focus on value-add real estate investment.

“355 Spencer Street represents a structurally sound, superbly designed and aesthetically pleasing building. To knock it down and re-develop would not achieve its best and highest use.

“We will run an extensive refurbishment program including an internal spec fit-out, service upgrades and add end-of trip facilities. We will also activate the central courtyard with a cafe or small bar to provide tenants with an attractive communal space.

“We believe this unique proposition will attract strong leasing interest and will ultimately improve the value of a magnificent building,” Mr Liao said.

CBRE’s Mark Wizel, Josh Rutman, Lewis Tong and Scott Orchard managed the deal, stating that the outcome had been very pleasing for both the purchaser and vendors.

MERNDA - $13.1 million
The new freestanding Hungry Jack’s and Caltex-anchored Mernda Convenience Centre has recently settled for $13.1 million. Completed earlier this year, the high-profile property is located on Plenty Road in the growing suburb of Mernda in north-west Melbourne.

A developer partnership made up of James Hunt, Brett Tooley and Jim Lamb was behind the project. The team specialise in convenience retail assets, with a focus on properties anchored by fuel and fast-food tenancies, stating that they have similar projects in their pipeline. The Plenty Road asset returns an annual income of $467,800.

GLEN IRIS - $3.32 million
Cabrini Hospital has offloaded a 1970s block of flats in Glen Iris to a passive investor for $3.32 million.

The two storey complex, located at 147 Tooronga Road, sits on a 726sqm site and has been in Cabrini’s possession for nearly 50 years as short-stay accommodation for Missionary Sisters, their families, and relatives of travelling patients. Four of the units are configured with two bedrooms while the balance have three.

Aston Commercial’s Liam Rafferty and Fred Nucara managed the campaign which began as an auction before converting to expressions of interest.

Situated at 146 Evans Street, opposite Howe Reserve in Port Melbourne, the hotel was secured by an investor and was sold fully leased. The property occupies a 491sqm corner land holding presenting three frontages, including a council laneway.

LEICHARDT - $29 million
Best & Less has offloaded its national headquarters in Sydney for $29 million - $4 million above expectations – to an unknown investor.

The 6,265sqm Leichhardt site was originally purchased by Value Retail Group, which holds the clothing retailer as a subsidiary, for $4.5 million in 1998. Located at 657-673 Parramatta Rd, the complex was offered to buyers as a sale and lease back opportunity that would see Best & Less stay on as leaseholders for a minimum of three years at $1.3 million per annum.

The asset, that was known as Judy Cameron House, sat on a 6,152sqm site and housed a 77-bed facility as well as a heritage-listed home.

The property was sold by Ray White Commercial’s Peter Vines, in conjunction with Colliers International.

Mr Vines said not-for-profit sellers Anglicare would be able to better use the funds for higher-need projects that they were working on throughout Western Sydney and the sale was a targeted off-market campaign.

“The key to a deal like this is having a strong database and understanding what their individual requirements are,” he said.

“We directly approached a select group of aged care providers and other alternate users and ended up securing a deal worth $11,695,000 that incorporated the property and bed licenses. The facility ceased operating 12 months ago and was available as vacant possession.”

Located at 102-108 Magnesium Drive in Creastmead, the 10,159sqm facility sits on a 1.76 hectare site and was sold with a 10 year lease to Oxworks, a fence and gate maker who also occupies a nearby property on the same street.

MOOLOOLABA - $2.2. million
A Melbourne-based buyer has snapped up the freehold to Taps Bar on the Sunshine Coast for $2.2 million at Lot 5 and 6/13 Mooloolaba Esplanade.

The asset encompasses a 246sqm building area and has a seven-year lease in place from September 2019. Taps Bar will stay on as tenants, renowned for selling a wide range of beers as well as brewing their own.

The property was marketed and sold by Ray White Commercial’s Matt Marenko and John Petralia.

VARSITY LAKES - $1.2 million
Jetset Plumbing has purchased a modern retail, office, showroom and warehouse property in Varsity Lakes on the Gold Coast from a private investor for $1.2 million.

The 654sqm showroom, located at 14/475 Scottsdale Drive, boasts great exposure with over 20,000 cars passing each day, six exclusive car parks and is within close proximity to the M1 and Robina Town Shopping Centre. The property sits within Varsity Lakes, a multi-award winning, master-planned community which Delfin Lend Lease began in late 1999.

WANGARA - $1.9 million
Wheelchairs for Kids has purchased a warehouse and office facility in Wangara, WA for $1.9 million.

Located at 10 Buckingham Drive, Wangara, the property comprises a highly functional warehouse with small internal office, kitchenette, amenities and large adjoining hardstand spread over 1,422sqm on a 4,804sqm land area. The warehouse is constructed from full height brick walls and benefits from a truss of approximately 5 – 7 metres, with four large on-grade roller doors to the front and side of the building.

ADELAIDE - Undisclosed
An Adelaide ‘man-cave’ became the talk of the town, and the nation, after coming onto the market last week and lasting just four days before being scooped up.

The 368sqm brick warehouse, located at 24 St Helena Place, was sold for an undisclosed price, however McGees Property Adelaide agent Simon Lambert stated that the final number was well above the $1.195 million asking price. The property has room for multiple cars, with a large office space, lounge and bar.

“We put it online Monday night and we had inspections throughout the week – lots of people came through twice,” Mr Lambert says.

“We gave everyone until Thursday night to submit their offers. We had some of Adelaide’s prominent developers looking at it and we had people looking at it for a coffee shop and venue.”