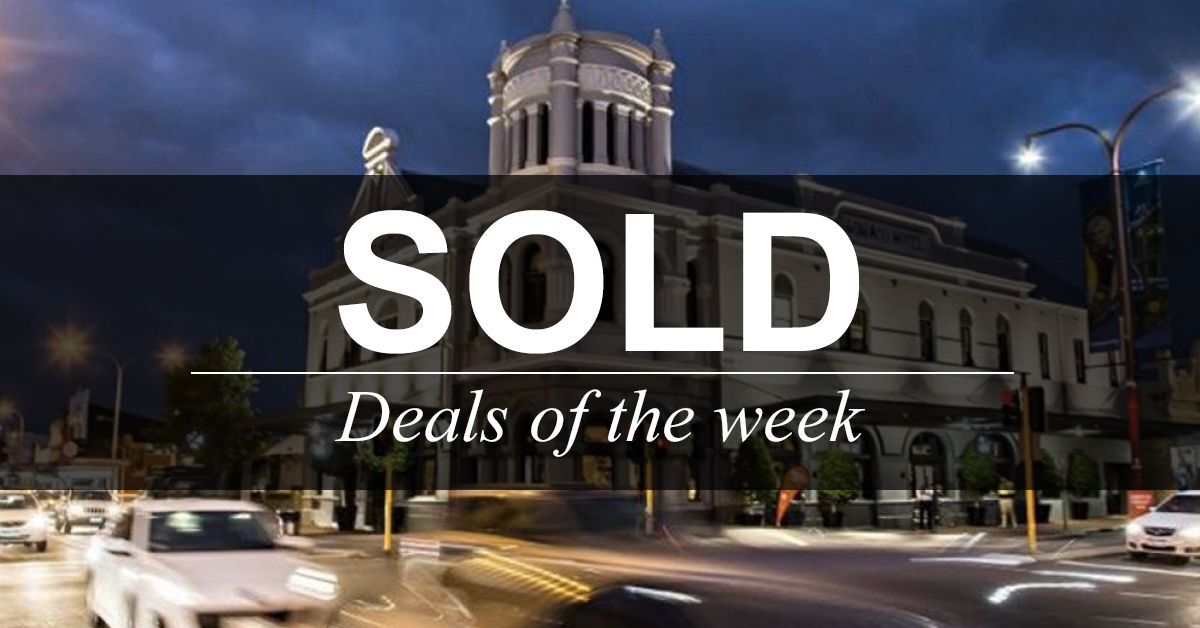 The warehouse, at 15 Boterro Place in Truganina, is to be constructed by Wooreddy Investments and will reach completion in 2020. Mapletree currently own 137 properties including 10 in Australia. The 2.56 hectare property will comprise of a one storey logistics facility.

This deal is subject to conditions including Foreign Investment Review Board approval and practical completion of the warehouse.

CRANBOURNE NORTH - $15-$16 million
An eight-hectare site in Melbourne's south-eastern growth corridor, Cranbourne North, has been picked up by New Zealand retirement village developer and operator Summerset for an estimated $15-$16 million.

BRIGHTON - $6 million
The Brighton Swim School in Melbourne’s Bayside district has sold for $6 million to private developer who plans to redevelop the property following local council announcements to spend $43.6 million on new community facilities in the area.

The 1,040sqm corner property, situated at 447 Bay Street, was sold with approved plans for 17 luxury apartments and ground-floor shops.

WOOLLAHRA - $15.1 million
A landmark corner building, at 80-82 Queen Street in Sydney’s Woollahra, has sold under the hammer for $15.1 million. The property 403sqm site area, featured two storeys with two retail tenancies and a lobby entry to the first-floor offices. It was also marketed with significant development upside.

The property was sold by Ray White Woollahra Partner, Ben Vaughan, in conjunction with Bruce Ibrahim of Confidence Property.

“We had more than 100 enquiries throughout an incredibly active campaign that culminated in having eight registered bidders in the room on the day,” Mr Vaughan said.

MARRICKVILLE - $8 million
A 1,600sqm warehouse in Sydney's Marrickville has been snapped up by food and services provider Cypress Thomas Investments for $8 million. The new owner has indicated their plans to use the property to consolidate its business.

Situated at 33-45 Buckley Road, the site features seven titles and was marketed with redevelopment potential. It retains its lease to crating and packaging designers Acme Case Co.

BRISBANE - $80+ million
171 Edward Street, positioned in Brisbane's Golden Triangle, has sold for more than $80 million in an off-market transaction.

Property giant Dexus are responsible for the pickup, drawn by the significant development potential including the approved plans for a 274m skyscraper. Dexus are also in talks with its Catholic Church neighbour to engage in a larger joint venture.

The asset was sold by Aria Property Group, which gained approval in 2016 for the 81-storey residential tower comprising of a number of shops and 642 apartments. Several media have speculated that Dexus will proceed with a commercial tower, rather than the approved residential.

Knight Frank's Justin Bond is understood to have handled the deal.

AIRLIE BEACH - $22 million
The Airlie Beach Hotel in Queensland's Whitsundays region has sold for $22 million, after fist being put on the market two and a half years ago.

Through some very unfortunate circumstances, the 80-room hotel suffered from the presence of Cyclone Debbie shortly after the initial sales campaign was launched in 2007.

A $10 million refurbishment and strong local tourism market, have resulted in the successful sale of the hotel's freehold and leasehold rights to a Queensland hotel group.

SUBIACO - Undisclosed
West Australian hotel proprietors Dave Allan and Lawson Douglas have recently announced the purchase of the iconic Subiaco Hotel in Perth. This includes a 100 per cent freehold interest and the operating pub business, which has been run by Michael and Judy Monaghan for the past 50 years. The price remains undisclosed, however media reports indicated that it would sell above $10 million.

The Subiaco Hotel will officially change hands in mid-October, with the new owners announcing that they don’t plan to make significant changes, other than minor enhancements.

Situated at 690 South Road, the property boasts an existing 5,350sqm warehouse plus a two-storey office accommodation. The site was marketed with development potential and enjoys close proximity to Port Adelaide.