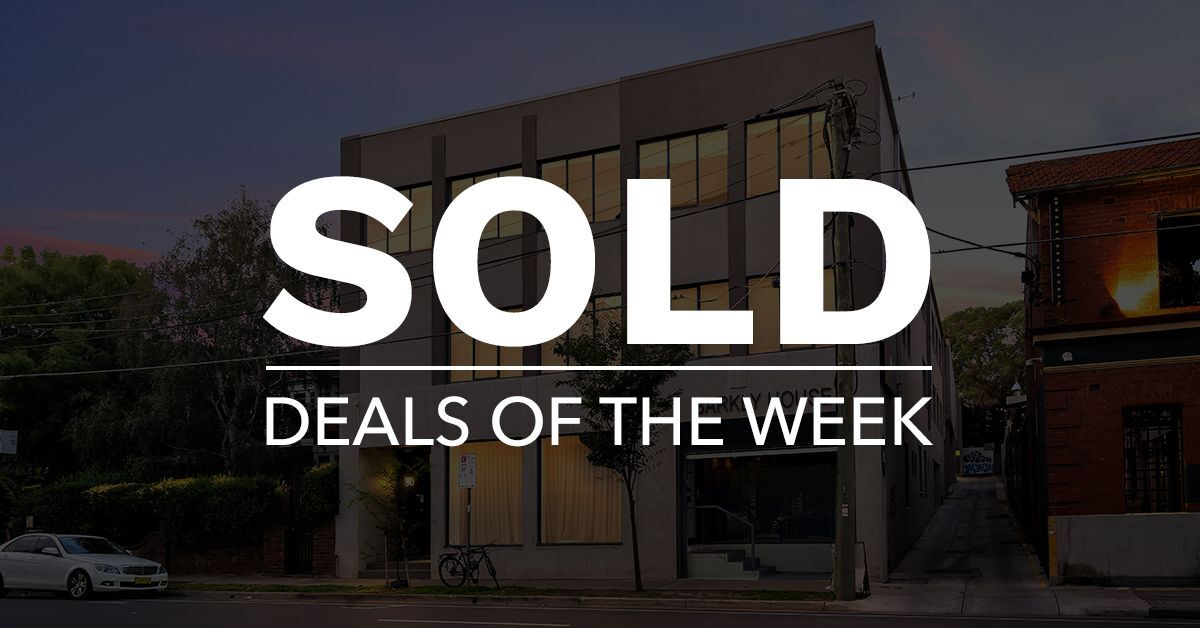 WEST MELBOURNE - $9.5 million
One of Melbourne’s most active private development companies has secured a 920sqm parcel of land in West Melbourne for $9.5 million.

The sale of 102-108 Jeffcott Street marks the first transaction concluded as part of a portfolio of adjoining properties which were offered to the market by prominent horse racing and property identity Ozzie Khier. The 1,838sqm warehouse was previously purchased four years ago for $6 million and was sold with vacant possession.

ST KILDA - ~$6.5 million
A local investor has swooped in on a three-level, 1,395sqm commercial office building in St Kilda. The price has remained undisclosed, but sources indicate it to be around $6.5 million.

WOLLERT - $4.65 million
Oreana Property Group has sold a Coles Express Service Station in Wollert to a private investor for $4.65 million.

Coles Express Wollert, located at 246 Epping Road, 29km north of the Melbourne CBD, was developed by Oreana in 2016. The property forms part of a larger strata arrangement with surrounding retailers, sharing access and common property.

MOUNT HELEN - $4.275 million
A local investor has purchased a childcare centre in Mount Helen in Victoria from a local private investor for $4.275 million.

Located at 1848 Geelong Road, the centre is currently occupied by industry leading Child Care tenant Goodstart Early Learning. The 120 place centre provides fixed annual rental growth of 5% and is situated on a 3,187sqm landholding with dual frontages. The centre is ideally situated opposite Federation University, IBM and other major organisations within Mount Helen.

The deal was negotiated by Mark Stafford, Julian Heatherich and Benson Zhou from Savills Australia.

PEMULWUY - $36 million +
A development approved site in Pemulwuy in Sydney’s west has secured a final sale price of over $36 million, transferring ownership from a partnership between property group Revelop and Mintus Pty Ltd, to a local western Sydney builder/developer.

The 30,000sqm site has approval for 300 units across eight buildings, ranging from three to five storeys.

71-71a Queenscliff Road saw ten bidders register for the online virtual bidding room before offering 47 bids. The property comprises of two neighbouring homes offering 1,688sqm of elevated land on the northern side of the road. The property has approval for a residential complex with 14 flats across six floors and 32 car parks. Some apartments include views across Manly Beach.

BREAKFAST POINT - $7.3 million
A heritage-listed property on the banks of the Parramatta River in Sydney’s Breakfast Point has sold to an individual family for $7.3 million.

Situated at 123 Peninsula Drive on a sprawling waterfront block, the residence offers uninterrupted views of the Parramatta River and will be utilised as a private residence for the new owners. The property went to market just before the impact of the COVID-19 virus however this didn’t hinder its final sales tag.

At the point of sale, Verde Tower, located at 445 Flinders Street, was fully leased to the Queensland Government. The 12-storey office building was completed in 2013 and comprises of 11,615sqm of NLA with 190 parking bays and three podium levels.

In late 2018 Castlerock’s secured Verde Central in Mackay for $52.4 million.

Neville Smith from Colliers International handled the sales of both Verde assets.

PINKENBA - $34.7 million
Boutique institutional fund manager Arcadia Funds Management Limited have sold a multi tenanted industrial estate in Pinkenba for $34.7 million in what looks to be the largest industrial sale in Brisbane in the first quarter this year. City Freeholds purchased the property, beating 17 other groups who placed written expressions of interest for the asset.

WEST END - $2.7 million
A converted inner-Brisbane warehouse has sold to a Toowoomba local for $2.7 million.

The multi-level property, located at 18-20 Bailey St in West End, was formerly a church before being revamped to include eight bedrooms and five-bathrooms. The 861sqm property also presents more than 10 offices, two kitchens, nine toilets, state-of-the-art audio-visual equipment, a 200-plus seat auditorium and is airconditioned throughout.

The 773sqm elevated Green Titled block has never been built on and offers an open vista frontage with views of the Canning River and beyond to the Mt Henry Bridge Reserve. The residential site benefits from river proximity, as well as nearby schools, shops and sports clubs.

GILLMAN - $2.5 million
A large warehouse and industrial property near Port Adelaide has recently sold for $2.5 million.

The 1,226sqm warehouse sits on a total site area 8,100sqm at 52 Wilkins Rd in Gillman around 13k north of Adelaide’s CBD was sold partially leased returning a net annual rental of $15,200. The property was marketed with strong development potential due to the significant vacant land.