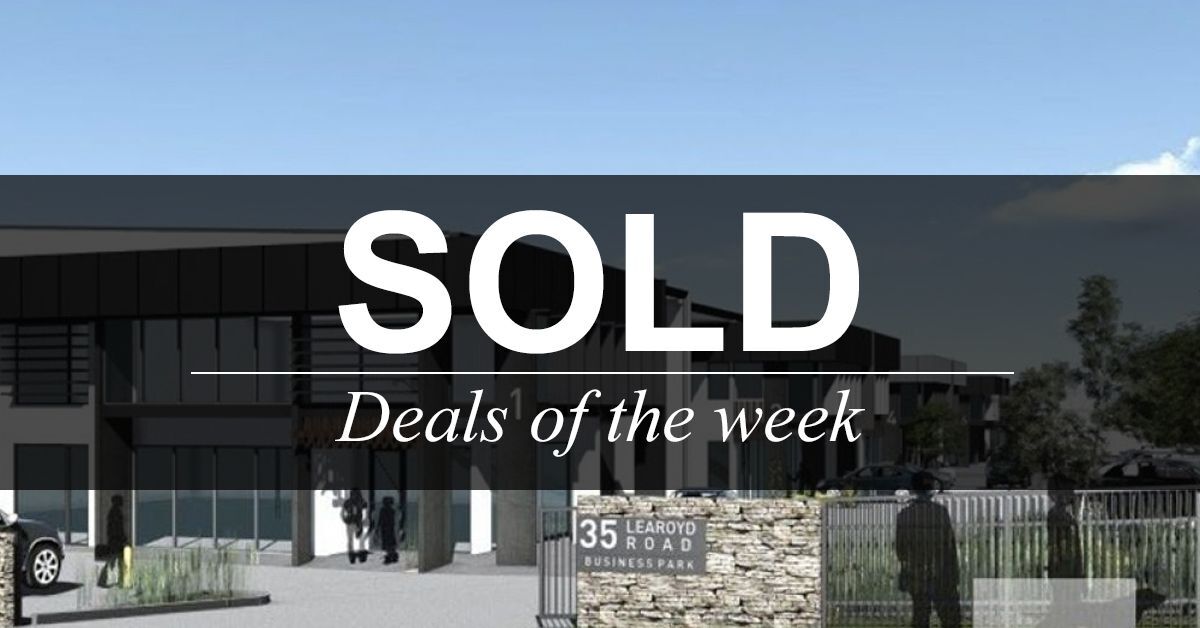 The property can accommodate a 10-level mixed-use project and was sold with an approved project that could also yield two retail spaces.

PRESTON - $4.5 million
A local investor has secured a strata office/warehouse in Preston for $4.5 million in an off-market transaction.

The warehouse, situated at 88 Plenty Road, encompasses 2,360sqm of land. The new owner has said that they intend to lease the property before proceeding with a residential development.

The property, situated at 22-28 Hawker Street, has a building area of 2,717sqm on a total of 6,131sqm of land. It also consists of eight individual titles – allowing for development flexibility. The property retains rental income until October 2021.

NORTH SYDNEY $350 million~
CBRE Global Investors has acquired 118 Mount Street, a 21,012sqm trophy-quality office development in North Sydney, via a fund-through transaction worth around $350 million on behalf of a German real estate Spezialfonds.

The building is being developed by Zurich Insurance Group to house the headquarters of Zurich Financial Services Australia, which will occupy more than 64% of the building.

Located on the eastern side of the North Sydney precinct, the property is well-located adjacent to the motorway that runs over the Sydney Harbour Bridge and provides uninterrupted harbour and city views from the majority of levels.

The investment firm has announced, that after due diligence has been completed, they will create a single asset fund for the hotel, adding to its tally of around $4.7 billion of assets under management.

The sale will result in the bringing together of both the freehold and the operating business which are currently owned by Impact Investment and renowned hospitality family, the van Haandel’s.

SYDNEY - $23.5 million
A highly prized heritage building in Sydney’s CBD has successfully sold under the hammer, settling to a luxury retailer for $23.5 million. Previous owner and renowned hotelier Sam Arnaout purchased the building in 2016 for $20 million.

The auction commenced with silence before an initial bid was received for $18 million. The new proprietor of the six-storey freehold building at 106 King Street is believed to be the owner of a nearby luxury watch boutique, Swiss Concept.

The auction of the property on Thursday morning drew a large crowd but the packed room quickly fell silent when auctioneer Damien Cooley asked for an opening bid.

INGLEBURN - $29.25 million
The De Angelis family have continued their hotel acquisition streak, recently settling on the Ingleburn Hotel for close to $30 million.

The south-western Sydney gaming venue is situated opposite the train station and has 27 gaming entitlements and permits, and consistently ranks among the top 80 gaming venues in NSW. This was the first time the pub had been put up for sale in 60 years.

The De Angelis family are among the most well-known and well-connected publican family in the state, recently adding the Raby Hotel to a portfolio that includes Moorebank Hotel, Green Valley Hotel, Picton Hotel and Bath Arms Hotel.

BELLS CREEK - $13.1 million
In what is believed to be one of the largest industrial investment sale in Sunshine Coast history, a 7,933sqm freestanding facility has transacted for $13.1 million.

The brand new industrial facility is situated on a 12,160sqm corner allotment, and is fully leased to a high-end manufacturing business on a 10-year contract due to expire in 2028.

Savills’ Scott Gardiner was the exclusive marketing agent on the deal.

ACACIA RIDGE - $2.69 million
The last vacant land parcel on Beaudesert Road in Acacia Ridge has been snapped up by local developer Austech Developments for $2.69 million.

Having already commenced construction, Austech will offer a complex of nine high-end strata units available for either sale or lease.

The 7,800sqm office and warehouse is situated at 93 Francisco Street in Belmont, on a 1.3-hectare site, and retains its lease to international rail solutions group Hitachi Rail STS as well as gym and recreation centre operator JSA.

Located at 193-195 Jubilee Highway East, the site was offered with proposed plan for a land subdivision. The 4.181 hectares of land has potential to offer multiple lots ranging from 1,500sqm to 6,218sqm.