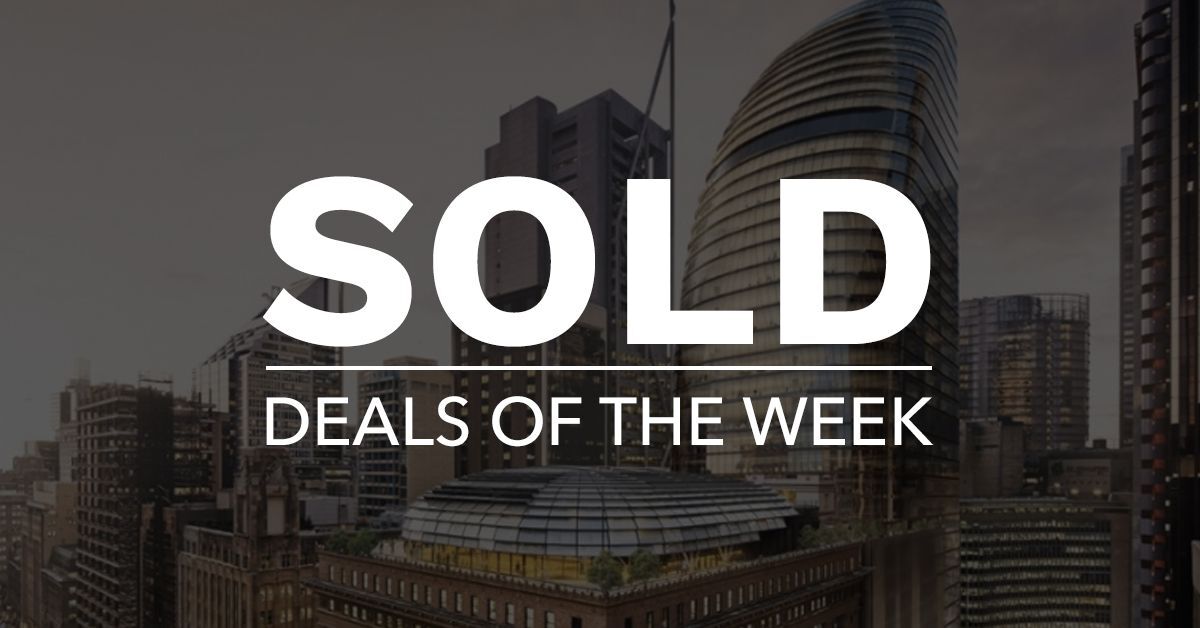 BORONIA - $11.3 million
A Singapore-based investor has picked up a 70-bed medical and aged-care facility in Boronia for $11.3 million. CBRE selling agents noted that the sale reflected the strength of the emerging freehold aged care sector, noting that they had observed particularly aggressive investment sentiment toward opportunities within the space.

Located at 7 Coogee Street, the centre was sold with lease to the Medical and Aged Care Group. The sits on a 6,300sqm land parcel and is zoned General Residential Schedule 1.

TRUGANINA - $5.6 million
A Truganina industrial investment has been picked up by a stonemason for $5.6 million in a private sale.

The 9,543sqm site, located at 42-44 Jessica Way, was developed in 2010 by Vaughan for Hyster and was purchased last year by Adaptalift Group. The property comprises a 4,347sqm facility and parking space for 41 cars.

ALTONA - $3.32 million
A local investor has picked up a vacant property within the Access Altona Estate for $3.32 million. Occupying a prominent corner location at 82 Drake Boulevard in Altona, the 3,858sqm block comprises a 2,000sqm building that would suit a wide range of tenants. A spring height of 10m is accompanied by quality office and showroom space, the scope for a yard display and drive-through capability.

SYDNEY - $950 million
After a hotly contested five-month long sale campaign, the superannuation fund-backed ISPT has emerged as the successful bidder for the Martin Place station tower.

Macquarie will retain ownership over the larger north tower, which will be 39 storeys high and present 75,000sqm of office space.

SYDNEY - $270 million
A 26-storey office tower in Sydney’s CBD has been purchased by Chinese developer Poly for $270 million.

The property, situated at 59 Goulburn Street, was sold with development approval for a 38-storey tower with 407 hotel suites and 90 residential units, retail and office spaces. The new owners have however announced that they do not yet have plans to pursue development.

SEVEN HILLS - $7.015 million
An industrial facility in Seven Hills has sold for $7.015 million. The 2,283sqm property, located at 5 Tollis Place, was purchased by an owner occupier whose transaction represents a rate of $3,073/sqm - a new building rate benchmark in Sydney’s north west.

The modern, freestanding office and warehouse space offers clearance of up to 8.6 metres and access via two roller doors and is accompanied by a large concrete yard, with awning and mezzanine areas totalling 547sqm.

FORTITUDE VALLEY - $20 million +
A Sydney independent pub group, Tilley and Wills Hotels, has acquired The Elephant Hotel in Fortitude Valley for more than $20 million marking its first foray into the Brisbane pub market.

CBRE’s Paul Fraser and Jack Morrison in conjunction with JLL’s Tom Gleeson, handled the campaign which generated over 60 enquiries and eight national offers.

SURFERS PARADISE - Undisclosed
The Thai-based Minor Hotel Group has expanded its portfolio with a third hotel on the Gold Coast for an undisclosed amount. The hotel owner and operator has acquired the management letting and caretaking rights and freehold of the management lot of the Gold Tower located on the Gold Coast Highway. It has subsequently rebranded the site under Minor International’s Oaks Hotels, Resorts & Suites brand, as the Oaks Gold Coast Hotel.

The 22-storey, 108-key hotel was recently refurbished and features meeting rooms, a swimming pool and views of the new Jewel development and the Gold Coast’s beaches and hinterlands.

CARNARVON - $16.1 million
The Carnarvon Central shopping mall has recently been picked up by an Adelaide-based syndicator in an off-market sale worth $16.1 million.

The 1.63 Ha the neighbourhood shopping centre in the heart of Carnarvon is anchored by Woolworths and has 15 specialty stores and four offices – including a BWS, Amcal Pharmacy and Smokemart.

CBRE’s Anthony Del Borrello and Richard Cash brokered the deal, stating that, “the sale reinforces a growing confidence in WA’s north-west, which is being spurred by improved mining conditions and is set to see workers drawn back into the region.”