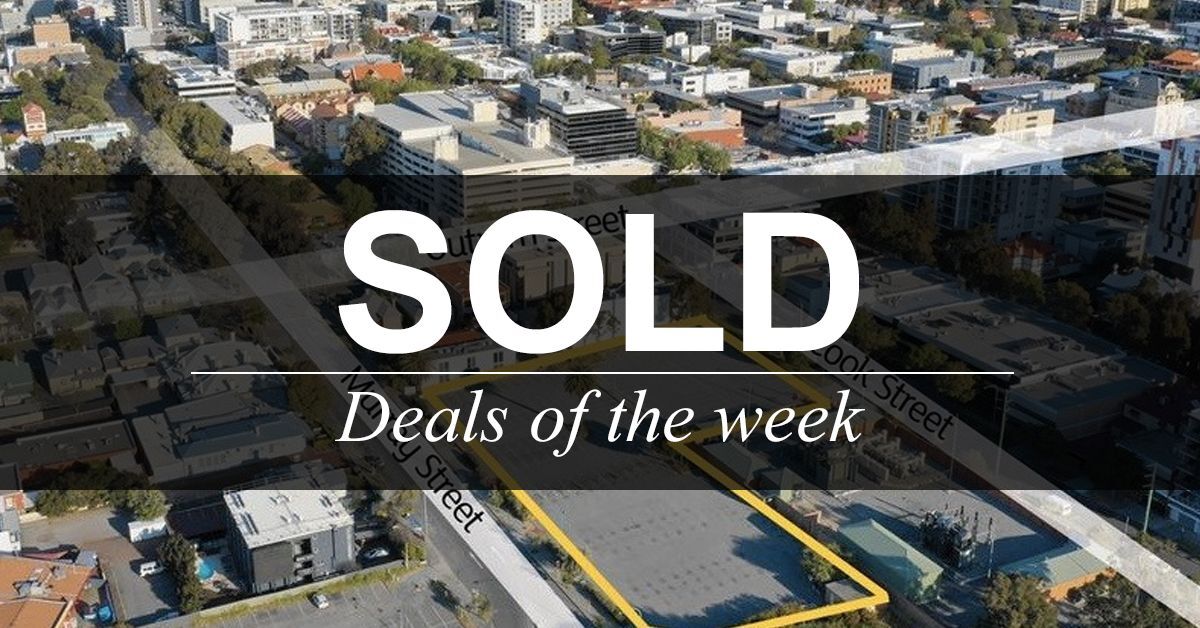 DANDENONG SOUTH - $30.9 million
Charter Hall have made their third acquisition in Dandenong South, spending $30.9 million for the industrial base of cosmetics and cleaning products firm Greencare Developments.

The property, situated on Hammond Road in Dandenong South, was sold with a 20-year leaseback to Greencare. The facility offers several buildings which total 20,000sqm.

CLAYTON - $4.47 million
A suite of medical offices in Melbourne’s south-eastern medical precinct in Clayton have sold for near to $4.5 million in an off-market transaction. The sites were sold with current leases to MIA Radiology.

SYDNEY - $81 million~
The recent sale of the Seasons Harbour Plaza serviced apartment hotel, at 252 Sussex Street in Sydney's CBD, marks the first transaction to be made via a NSW court-ordered strata renewal collective sale.

75% of the tower's 90 owners agreed to the sale of the 19-storey hotel, which under new NSW strata rules introduced in late 2016, enables the sale possible.

The remaining 25% were silent on the decision, rather than in opposition.

It took the courts four to five months to rule on the decision, ensuring all owners were contacted and given equitable compensation. The Australian Financial Review has reported that the tower achieved a sale amount of around $81 million.

A Chinese investor secured the four-storey office building from the previous owners, the not-for-profit RT Health Fund, after a hotly contested campaign. CBRE’s Nicholas Heaton, Gemma Isgro and Nick Wheatley managed the deal, which drew in over 440 enquiries (many from Europe and Asia) and 18 serious offers in the first round.

“There is a huge force of private capital looking for a higher return than banks can offer, and commercial property is now the instrument of choice,” Mr Heaton said.

The dual site, at 61-63 and 65-67 Mandarin Street in Fairfield East encompassed one-hectare of land and was picked up by ethnic foods wholesaler, Nimco Foods. A development application for 49 industrial units for the sites had previously been lodged, however it’s believed that Nimco will not progress with this.

CRESTMEAD - $6.96 million
An industrial property in the Logan region has sold to locally-based investor, Guardian Ait, for just shy of $7 million.

Situated at 35 Magnesium Drive, in Crestmead, the 2.2-hectare site features a 1,858sqm facility with offices, wash and servicing bays. The property is currently leased, on a 15-year agreement, to Kennards Hire, who plan to spend $500,000 on upgrades to the facility.

COOLUM - $4.55 million
A three-storey, beachfront commercial property on the Sunshine Coast has sold to a Victorian family investor for $4.55 million.

Colliers International's Nick Dowling and Daniel Vella sold the property, and speaking to the Australian Financial Review said that there were signs of recovery in retail rental vacancies in the area.

WEST PERTH - $12.375 million
Three adjoining commercially zoned development lots, situated at 705-707 Murray Street in West Perth, have been sold for a little over $12.3 million. The sites were offered individually or englobo and encompass a total site area of 5,666sqm.

The former carpark property was Zoned 'Office/Residential' under the City of Perth TPS and suits a Corporate HQ or mixed-use development.

A local investor proved successful at auction, outbidding two other contenders. The property was sold with a new 15-year lease to United Petroleum.