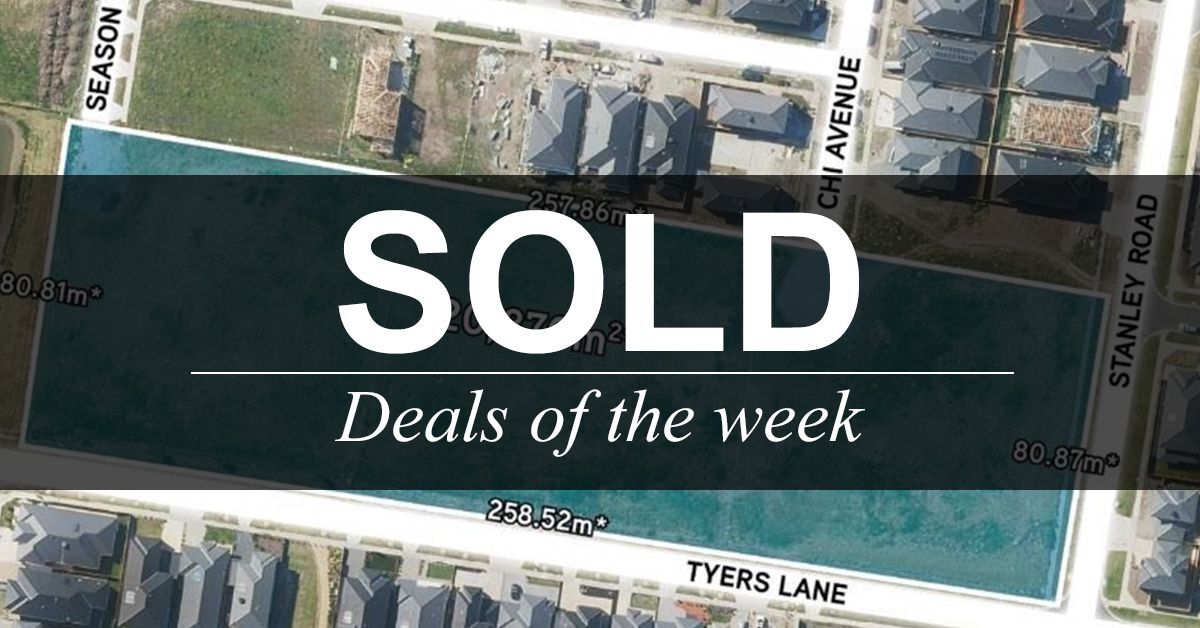 BORONIA - $35 million (yet to be confirmed)
Following a number of asset sales, Coles has traded a neighbourhood retail centre in Melbourne's outer east to a private investor for a yet-to-be-confirmed $35 million.

Anchored by Coles and Kmart stores, the Boronia located mall had recently undergone a significant upgrade with new lifts, travellators, plant and carpark works, as well as a smart carpark system. The sale includes a 12-year leaseback to Coles Supermarkets as well as a lease with Kmart that expires in 2025.

KNOXFIELD - $10.3 million
An office/warehouse positioned on Burwood Highway, Knoxfield in Melbourne’s east has been picked up by a Singaporean investor for $10.3 million.

MELTON - $2.95 million
An industrial property in Melbourne’s Melton has sold for close to $3 million to air conditioning business Specialized Heating and Cooling (SpecAir).

The new owners sought out the property at 5-7 Norton Drive to accommodate their expanding business. The 4,131sqm building sits on a 9,050sqm landholding has redevelopment potential and offers a loading and marshalling area and multiple roller-door accesses.

57 Puckle Street is leased to Vodafone and has presents redevelopment potential. The last time this property changed hands was over 75 years ago.

KEYSBOROUGH – Undisclosed
A sizeable corner allotment exceeding 20,000sqm in Melbourne’s South-East, has been successfully sold to an offshore developer through an off-market campaign. The property was sold with development approval for a 40-lot subdivision.

Situated at 152 Stanley Road in Keysborough, 27km south-east of Melbourne CBD, the residential site benefits from considerable major roadways and public transportation, a variety of education institutions and a proven setting which has delivered and continues to deliver successful residential developments.

SYDNEY - $325 million
One of the biggest Sydney CBD office tower deals this year has come to pass with the Central Square complex trading hands to Global fund manager LaSalle Investment Management for $325 million.

The prominent Chinatown precinct building, at 323 Castlereagh Street, was previously held by Malaysian family behind MKH Properties and was sold off-market. Rising 23-storeys, the tower encompasses 37,000sqm and has ample room for rental income uplift, with a small amount of vacant space.

SUTHERLAND - $4.9 million
A local developer has spent almost $5 million securing a 3,085sqm development site in Sydney's south. Holding address at 25 & 27 The Grand Parade, Sutherland, the site was sold with approval for 27 apartments over six floors.

AUBURN - $4.7 million
A deceased estate showroom/warehouse in Sydney’s west has been secured by Nick Scali for $4.7 million.

The 788sqm property sits on a 1,490sqm landholding located at 218-220 Parramatta Road in Auburn, right next door to one of Nick Scali’s bulky goods facilities. The acquisition of the new property was noted as a landbank.

RANDWICK - $1.39 million
An investor has proved successful at auction, secure the ground floor retail space at 126-128 Avoca Street in Randwick for $1.39 million.

The property was put on the market by private investor Dewreef, and encompassed 143sqm across three titles. The space retains its lease to Ray White until 2021 and is surrounded by other retailers, Fitness First, McDonald’s and bank branches.

Paradise Resort, a 360-room family-oriented hotel in Surfers Paradise, settled for final amount of $43 million, just four years after Ralan Group paid $75 million for the site. One of the four residential towers planned, known as Ruby Apartments, was constructed by Ralan with the other three never reaching fulfilment.

Dr Schwartz has announced plans to keep the property as a hotel and refurbish it with an upgrade to the rooms and other facilities on the cards.

"Paradise Resort has potential to grow further, and this purchase will give all those involved with the hotel certainty about the future," Dr Schwartz said.

“I know that previous owners planned to knock down the resort and redevelop it for apartments, but we believe there is tremendous demand for quality family-friendly resorts, especially in such prime locations as Surfers Paradise".

MOLENDINAR - $2.8 million
DMK Forest Products, a plywood and wood panel distributor, has secured a new warehouse at 34 Activity Crescent in Molendinar, with plans to consolidate its business at this location.

DMK payed $2.8 million for the 2,046sqm building, which will bring together their two Burleigh Heads operations.

CLAREMONT - $35 million
The unlisted Charter Hall Direct Consumer Staples Fund has moved in to secure a Bunnings-anchored retail centre in Claremont in an off-market deal worth $35 million.

The centre sits at 303 Stirling Highway in Claremont, in Perth’ west, and has 5,460sqm of space across three levels. The Bunnings accounts for 93% of the total retail space and retains a lease with options until 2027.

“This is the second Bunnings property to be acquired by the fund, with this high-quality covenant now comprising 37% of the portfolio by value," Charter Hall Direct chief executive Steven Bennett said.

POORAKA - $7.55 million
A 1.032-hectare industrial facility at Williams Circuit in Pooraka has been picked up by Perth-based fund manager Mair Property Funds, marking their first entry into Adelaide’s industrial sector.

The fund paid $7.55 million for the property which remains leased to Vulcan Engineering Steels. Mair Property Funds' Peter Melling said the group had been actively looking for Adelaide properties due to demand from investors looking for diversification.