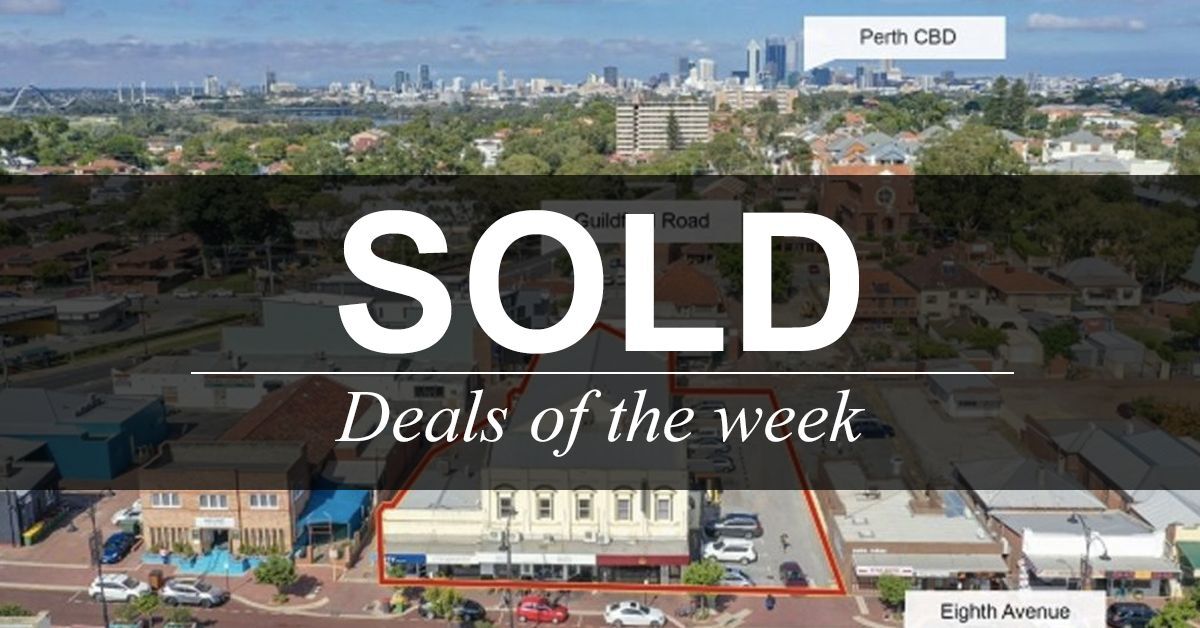 SOUTHBANK - $45 million
A newly built hotel in Melbourne's Southbank has been snapped up by Singaporean hospitality company Next Story Group for around $45 million. It’s said that the property will be a launching pad for a new hotel brand, LinQ Hotel, an upper-mid-scale hotel, set to open in September.

The property, at 167 City Road in Southbank, offers 162 rooms and was jointly developed by prominent Melbourne developers Andrew Nehme and Dean Giannarelli.

Next already own two other hotels in Melbourne, which include the $1.476 billion acquisition of the 80 Collins Street.

"We like Melbourne and believe it offers a stable operating environment," Darren Edmonstone, CEO of Next Hotels & Resorts, told The Australian Financial Review.

BOX HILL - $14.1 million
A group of strata unit owners has joined forces to sell their assets in one line to a Chinese developer for just over $14 million.

The 2,061sqm landholding, at 12-16 Shipley Street in Box Hill, comprises of eight individual units and benefit from forecast growth in the inner and surrounding Box Hill precinct.

Savills selling agent Dorothy He said that the owners were “able to achieve a greater sale price by selling their units together than they would have if they took them to market individually.”

Savills has previously tipped Box Hill to become Melbourne’s second high-rise CBD, with the City of Whitehorse population forecast to grow to about 22,850 people by 2036.

Ms He managed the sale with Savills colleagues Benson Zhou and Julian Heatherich.

RANDWICK - $8.25 million
14 bidders have battled out an auction for a Shell-branded service station in Randwick, before eventually selling for $8.25 million.

The sales campaign of 43-47 Frenchmans Road was marketed with potential for major future residential and commercial development and drew 129 inquiries from prospective purchasers.

Operating as a Shell-branded service station and a Coles Express convenience store, the Randwick property is leased to Viva Energy Australia until March 2021 with a further five-year option.

WARWICK FARM - $1.72 million
A NSW Government development site has beaten its reserve, selling in front of a packed-out Sydney auction for $1.72 million.

20-22 Hume Highway in Warwick Farm, offers 1,048sqm of land and is Zoned R4 – High Density Residential. The new owner is from Belmore, and has announced plans to pursue a new residential development project.

PARKINSON - $134.2 million
Singapore-listed Frasers Logistics & Industrial Trust has sold a half stake of a Coles cold storage ­facility to German wealth manager DWS, marking one of the largest industrial sales of all time.

The 54,245sqm facility, at 99 Sandstone Place in Parkinson, was valued at $270 million, and was purpose-built for Coles. It comprises a cross-dock, regional distribution facility with 3,285sqm of office space and 50,960sqm of temperature-controlled and ancillary warehousing.

The complex is fully leased to Coles with 13.1 years remaining on the lease term.

The deal was brokered by JLL’s Tony Iuliano, Adrian Rowse and Gary Hyland, who said it was the largest individual industrial asset transaction by value based on the property’s full value.

The sale of 19 Corporate Drive in Southgate Corporate Park has revealed strong demand for Brisbane A-grade office assets, with the campaign garnering interest from local and offshore buyers. The property was originally purchased by Centuria in 2012 for $23.3 million.

The property comprises 6,028sqm of NLA over two levels of office space, with 145 on-site car spaces.

The sale was handled by Knight Frank’s Matt Barker, Justin Bond and Christian Sandstrom in conjunction with Anthony Ott and Peter Chapple of Savills.

The site, at 169 Varsity Parade, comprises of a 3,364sqm single-level office building nestled in front of Lake Orr and was drew significant attention due to its promising development potential.

“The property attracted a wide range of interest from various investment and development groups who identified the strong tenant profile, but also the significant upside in the potential future redevelopment of waterfront residential apartments on this outstanding site,” Ray White’s Brad Duncalfe said.

Mr Duncalfe handled the sale of the property with colleague Sam Riley and in conjunction with Knight Frank’s Mark Witheriff and James Branch.

The 1,705sqm land holding, situated at 43-53 Eighth Avenue in Maylands, retaining multiple leases and was sold with potential for a mixed residential apartment development up to 6 storeys.

ADELAIDE - $950,000
The top floor of the Aurora tower on Adelaide’s Pirie Street has been picked up by a local business owner for close to $1 million.

Suite 1203, at 147 Pirie Street, features premium building amenities, including a shared roof top, function areas and pool facilities, and two car bays which will return an additional circa $850 net per month.

CBRE’s Ned Looker noted the boom in the office leasing market across the AA-Premium and A-Grade spaces.

“We put two suites in this building under contract within one week, highlighting the current demand from local owner-occupiers for small to medium office spaces.”

Mr Looker handled the sale in with colleague Rhyce Scott.