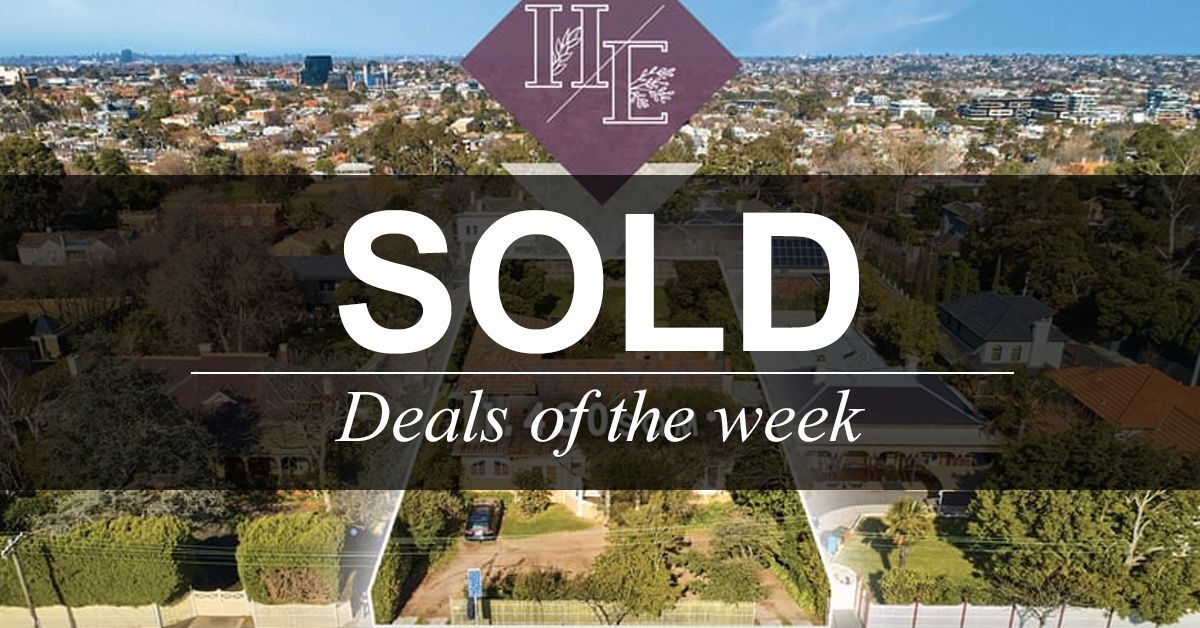 HAMILTON - $23 million
A Coles Supermarket in Hamilton, 300km west of Melbourne, has been traded for $23 million revealing market strength for quality commercial assets.

A private investor secured the 2015-built, 3,870sqm store from the Rawson family (who co-founded Burgess Rawson in 1976) and co-investors the Curry family. The property was sold with 17 years left on the lease.

Burgess Rawson director Shaun Venables commented on the sale stating that "with changing market conditions, today's attendance and results demonstrated that AAA properties with strong lease covenants and well-known tenants are always favourable in any market,

"The 2018 year has finished on a solid note for commercial property despite continued negative press about the property market generally. Burgess Rawson transacted over half a billion in commercial asset sales this year at its portfolio auctions."

HAWTHORN EAST – $4.4 million
A Chinese developer has acquired a Hawthorn East residential landholding spanning 1,430sqm for $4.4 million. The property, at 488 Barkers Road, drew significant attention both locally and internationally and was marketed towards a townhouse project.

“Hawthorn East is a relatively resilient market, achieving on average a 70% clearance rate each weekend, and we’re extremely pleased with the strong $3,000 per square metre rate achieved for our client,” CBRE selling agent David Minty said.

“Since July, we’ve noticed a higher level of mainland Chinese buyers re-entering the development site market off the back of a falling Australian dollar and their greater purchasing power. We anticipate this activity to continue into 2019.”

TRAWOOL - $1.9 million
The Trawool Valley Resort in the regional Victorian town of Trawool has been sold, with vacant possession, to a group of private investors for $1.9 million.

The property, located one hour north of the Melbourne CBD at 8100–8150 Goulburn Valley Highway, was originally marked for use as a drug rehabilitation centre, however, after community intervention, the new owners have announced plans to refurbish for use as a hotel and conference centre.

WOOLLAHRA - ~$50 million
The Woolahra Hotel, at 116 Queen St in Sydney’s eastern suburbs, is reportedly being sold back to previous owners ,the Ryan Family, just three years after it was purchased by now-owners Mitchell and Ashton Waugh.

The Waugh brothers secured the famous hotel from the Ryan Family in 2015 for $30 million and have reportedly struck a deal for the return of the hotel for around $50 million.

The Ryan family are one of the most renowned publican groups in Sydney, with seven high-profile venues including the Republic Hotel, the Ship Inn, the Paragon Hotel and Ryan's Bar at the foot of Australia Square. The Woolahra Hotel was first purchased by the Ryans in 2011 for $11.6 million.

Mr Litwin, Associate Director, Metropolitan Sales, NSW commented, “The property is centrally located in Parramatta’s CBD, the economic heart of Western Sydney, providing convenient access to the abundance of Parramatta’s public transport links and amenities, including Westfield, Parramatta Square and the Parramatta Light Rail, which is due to become operational in 2023.”

Ms Emilia Teo, Director of the Tong Eng Group, further commented, “Parramatta's office market continues to see strong demand for quality office space amidst little or no vacancy. This is bolstered by the NSW Government's continued infrastructure plans for rail and road connections that will cement Parramatta firmly as Sydney's second CBD.

“We are confident that 33 Argyle St is well positioned to capture positive rent reversion and reposition itself as a future mixed use development site. This is in line with our focus to deliver good investment value for our shareholders.”

The deal boosts the tally of Brisbane CBD office sales this year to circa $3 billion.

“Global capital is now buying into the Brisbane recovery story, with this year’s tally of deals being the second highest on record,” CBRE selling agent Tom Phipps commented,

“Institutional investors are actively scouring the market for opportunities, with domestic and offshore capital identifying that the Brisbane office sector is in a recovery phase and offering considerable value relative to the Sydney and Melbourne markets.”