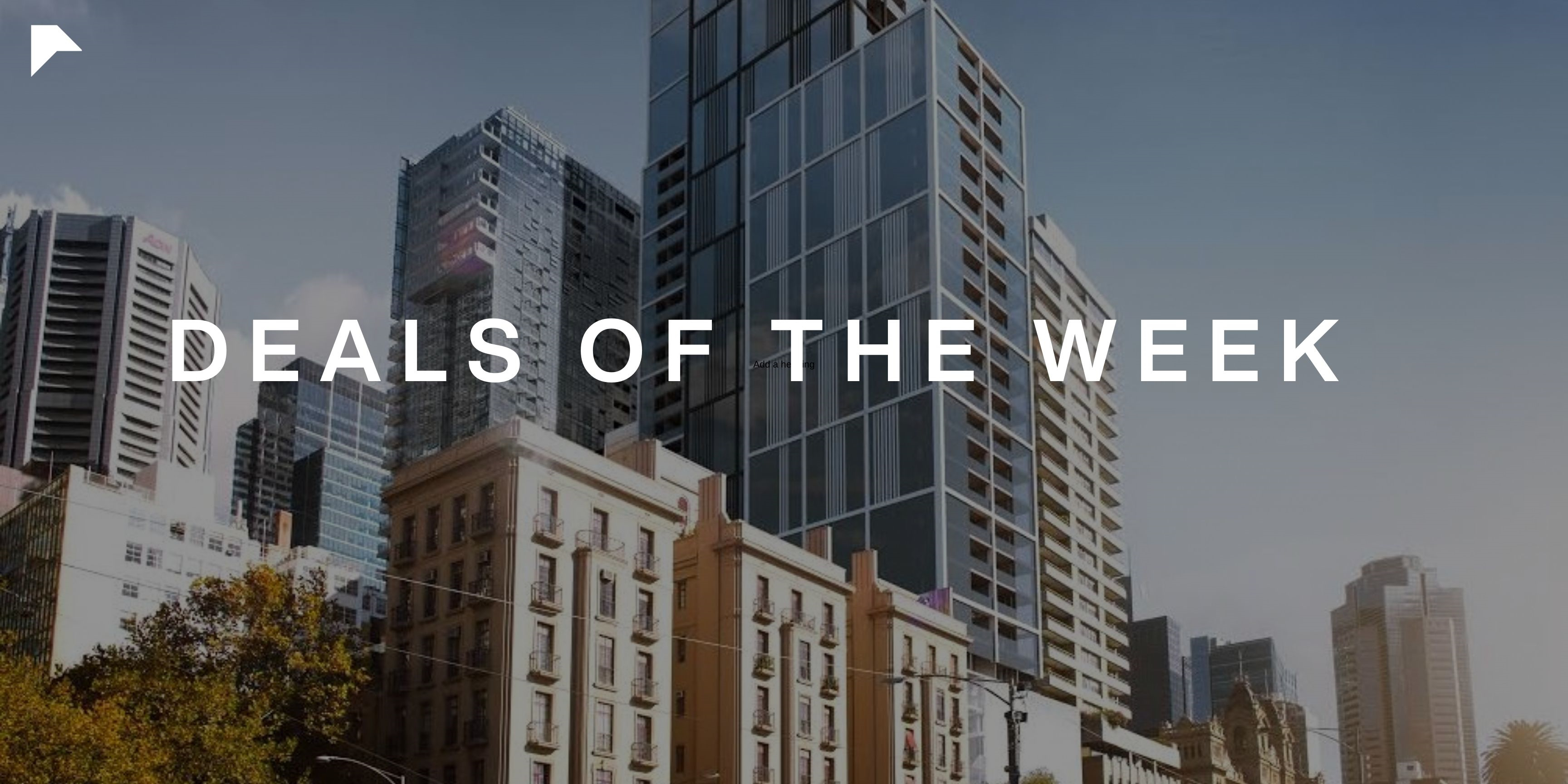 Ross Pelligra has purchased a prized Melbourne office block at 85 Spring Street in the heart of the Melbourne CBD for $130 million, off of Anton Real Estate Partners. The 10,700 sqm building has had multiple residential redevelopment proposals fail to take shape over the years, but Mr. Pelligra is optimistic about rejuvenating the site and filling its office vacancies.

A 23.4-hectare industrial site at 1-15 Ferris Road, Cobblebank has been purchased by Frasers Property Industrial, and has been earmarked for $215 million logistics development. As Melbourne's west continues to expand, FPI are intending to attract "a host of blue-chip customers seeking to grow their presence in the region" with their new estate, says Andrew Hanna, the Victorian General Manager at Frasers Property Industrial. With direct access to the M8 Western Freeway and an 800-metre street frontage, the property is well positioned.

The redundant 12-storey Victorian University campus at 225 King Street has been sold by Victoria University to SLB Development, as VU move into their new 29-storey vertical campus at 370 Little Lonsdale Street. This comes shortly after the University sold their highly valued 300 Flinders Street campus in late November, 2021.

Furniture and consumer electronics retailer Harvey Norman have invested $11 million into purchasing a 6.72-hectare site at 92-100 Melaluka Road, Leopold, that is expected to be developed into a homemaker centre that will include a Harvey Norman outlet. This centre will be located directly alongside the Gateway Plaza in Leopold, which is anchored by Bunnings, Coles, McDonalds and Kmart outlets. Currently a farm, the property has recently been identified by the local council for a rezone.

The Director of Darcy Jarman, Tim Darcy, was responsible for brokering the deal.

The Australian Hotel in Ballina has been purchased by the Marc Schwartz and Greg Bachmayer-led Black Fox Property, as part of an off-market deal coordinated by JLL's Ben McDonald and John Musca. The property at 103 River Street is fit with a bistro, a large beer garden, 20 accommodation rooms and TAB and gaming facilities. Set over a 1,787 sqm site, the Australian Hotel is located a short distance from the beach in Ballina, and is considered a stalwart of the local community and economy.

The cafe located at the base of Mirvac's Latitude harbourside complex in the lower North Shore suburb of Milsons Point has sold for $1.03 million - the equivalent of $35,517 per sqm. The 29 sqm shop at 55 Lavender Street was marketed by Colliers' Tom Appleby and Beau Mayer, on behalf of the vendor, Oriental Cool Pty Ltd. The sale has established a new record in dollar-per-square-metre for both Milsons Point and North Sydney.

One of the largest landholdings in Bondi to be brought to the market in recent years has sold for $68 million, to Jon Adgemis. The site at 2-12 Campbell Parade was presented by Colliers' Miron Solomons, Matt Pontey, and Henry Burke, in conjunction with Oxford Agency's Daniel Marano and Ralph Garofano, and contains multiple freeholds, including the famous Noah's Backpackers hostel. The 1,087 sqm property has been acquired for Mr. Adgemis' Public Hospitality Group.

The Bribie Island Shopping Centre in the suburb of Bongaree has been sold by Arcana Capital, reflecting a 5.49% yield. Anchored by leases to SupaCheap Auto, Prices Plus and Domino's Pizza, the centre at 5-7 Fortune Avenue contains 1,567 sqm and has delivered annual 9% returns. Savills' Jon Tyson and Michael Harcourt were the agents responsible for the sale.

The Burleigh Home + Life Centre at 197-207 Reedy Creek Road, Burleigh Waters, has sold for a sizable sum to a private Gold Coast family. The fully-leased property was divested by diversified property and investment group Gordon Corporation, and is anchored by Autobarn, Anaconda, and Beacon Lighting outlets.

The vendor was represented by Colliers' Steven King and James Wilson, in partnership with JLL's Jacob Swan, Sam Hatcher, and Ned McKendry.

Two commercial properties in Perth's western suburb of Claremont have been purchased by A&R Developments, for a combined total of $7.72 million. 53 Bay View Terrace was sold for $4.15 million, and 319 Stirling Highway was sold for $3.57 million. 53 Bay View Terrace is comprised of 820 sqm, and serves as one of the main entry points to the Claremont Town Centre, whilst 319 Stirling Highway sits on 515 sqm and is a two-storey retail and commercial building which contains Subway, Terri Terri Japanese and Fancy Nails as current tenants.

53 Bay View Terrace was sold by Brian Neo, and 319 Stirling Highway was sold by Jack Bradshaw, both agents from LJ Hooker Commercial Perth.

Kenwick Typrepower, at 1696 Albany Highway, Kenwick, has been purchased by an unnamed interstate investor, in a deal brokered by Ray White Commercial WA agents Josh Sumner and Enrique Reyes. The 2,375 sqm property was purchased with a 10-year lease back to the Tyrepower franchise. Mr. Reyes stated, “Kenwick, being an older industrial area, is considered to have growth potential with rents quickly catching up to other industrial areas because of the low supply environment across the metro.” 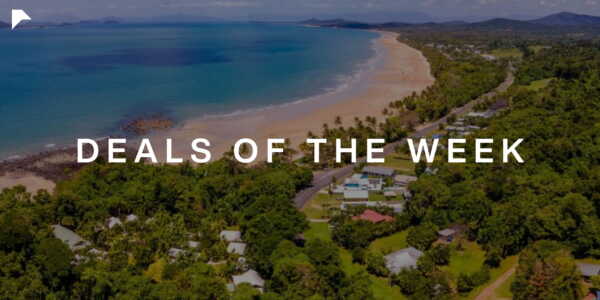 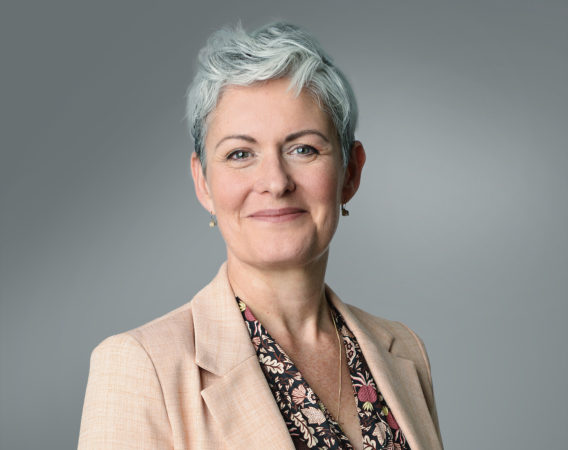 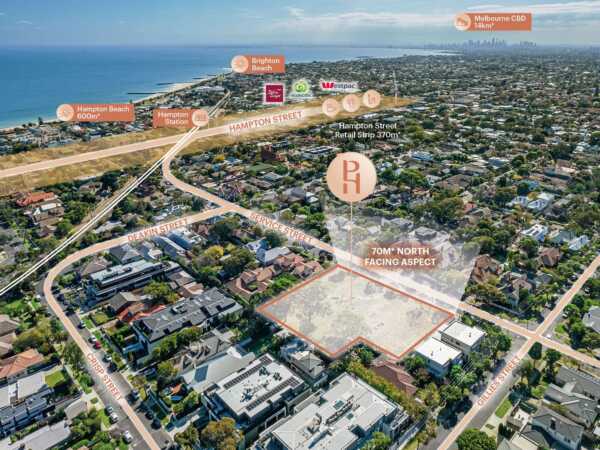 Demand for one of Bayside's hottest suburbs continue.