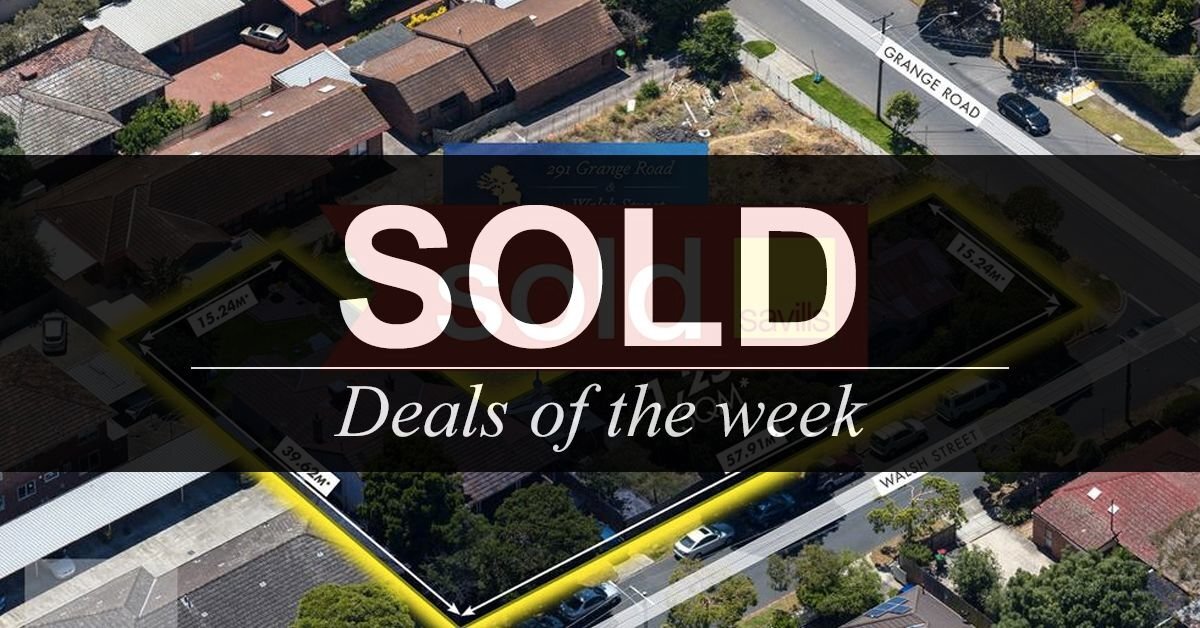 Made of two recently refurbished buildings, "the building's appeal is that it offers tenants space that is virtually no longer being developed and is therefore in short supply, thus allowing for strong rental returns," Vince Kernahan of Colliers International said.

The joint buildings were sold from Levanai Nominees (the trustee for the Matana Foundation for Young People founder) and architect Karen Loblay's family trust.

SOUTH BRISBANE
Two adjoining lots south of Brisbane’s CBD have recently sold for $1.575 million. The site was originally held by three families joined together to sell to a private investor/developer.

The total site coverage is 810sqm and has development approval for 13 units and 18 secure undercover car parks.

The sale was handled by Emanuel Kazonis of Drakos Real Estate.

CREMORNE
Two neighbouring office buildings in Cremorne, just sitting on the fringe of Melbourne’s CBD, have been sold to a Sydney developer for $23 million. Market expectations for the combined sites were $20 million.

Combined the sites offer a 1,750sqm corner development site, with potential to develop an eight-level office building once a planning permit is obtained.

The sale highlights the demand for inner city commercial spaces and Cremorne is a perfect example of this; the neighbourhood has recently seen vacancy rates plummet.

"At a time when the residential market is showing slower signs of growth, developers are capitalising on high levels of activity in the city fringe office leasing market," said CBRE's Julian White who negotiated the sale of 116-124 Balmain Street with colleagues David Minty and Chao Zhang.

"Suburbs such as Cremorne, Collingwood, South Yarra and South Melbourne have been the principal focus points, with developers aspiring to provide modern office space that caters to evolving tenant needs.”

OAKLEIGH
A premium childcare facility at 1066 Centre Road, Oakleigh recently sold for $9.5 million. Hume Childcare Trust, a partnership between Hume Partners Pty Ltd and Veuve Property Group, sold the property to a private buyer. The site has a lease to Early Learning Centre Oakleigh South until 2042.

This sale marks the most expensive childcare facility sale in Victoria this year.

CAULFIELD NORTH
A three-level medical centre in Caulfield North has been traded for $4.825 million at auction. Private seller, Richard Bittar, sold the facility to a private investor.

The site offers 664sqm and has the potential for future development if the investor pursues.

ORMOND
A Chinese developer has purchased a development site at 291 Grange Road and 4 Walsh Street, Ormond for $3.38 million through a private sale.

The site has approved permits for 23 large apartments and will target owner-occupiers.

KEW
A development approved site in Kew has just sold for $3.3 million.

The site covers 857sqm and has approved permits for a residential project comprising of three luxury homes, each with a secure/private double garage and private direct lift access

BEVERIDGE
A plot of greenfield land at 500 Old Hume Highway in Beveridge, about 40 kilometres north of the Melbourne CBD, has been purchased by Melbourne-based Zeng Xiong Lin for about $200 million.

The 600-hectare ‘Deloraine Farm’ belonged to the Laffan family, who purchased the land 54 years ago.