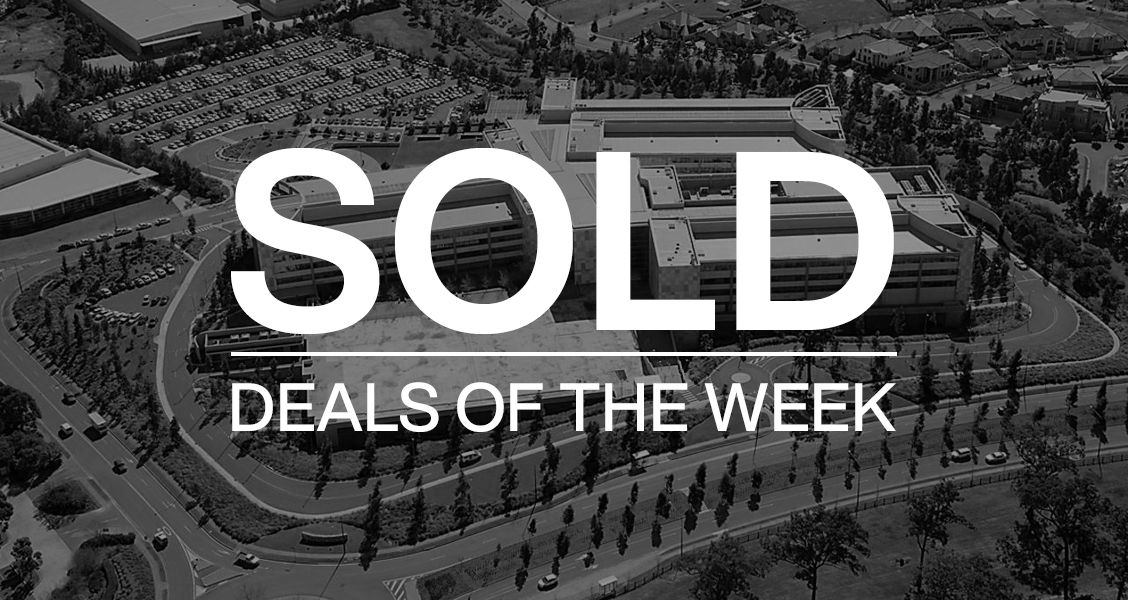 The nine hectares property, located at 1 Woolworths Way, last traded five years ago for $336.45 million. The complex is comprised of three interconnected buildings with a total NLA of 44,911sqm. There is also a café, a gym, some retail spaces, and more than 3,000 car parks.

A 1.49 Ha development site in Cranebrook in Sydney’s west has been purchased by Isaac Property Developments for $12.25 million.

The block at 1 Renshaw Street will become the developer’s latest convenience retail project, with food and fuel offerings to be accompanied by a childcare centre, swim school and car wash.

One of Balmain’s oldest licensed pubs, the Dry Dock Hotel, has recently been scooped up by Peninsula Hospitality Group. While the final sale price is undisclosed, the asking price was $7.5 million.

The double storey pub, located at 22 Cameron Street, was originally erected around 1857 on a 645sqm landholding and features a bistro, bar and gaming room with 12 electronic gambling machines.

The former Bradmill site in Yarraville, combined with two neighbouring industrial properties, has been picked up by a partnership between Frasers and Irongate Group for a speculated $225 million.

Located at 341-367 Francis Street, the 24.3 hectare landholding has traded multiple hands across the past two decades, and has been earmarked for a $2.2 billion residential-based village with around 3,750 dwellings.

LaManna Premier Group has sold one of its former produce distribution facilities in Yarraville, in Melbourne’s inner-west, to a private investor for $8.85 million.

The company, one of Australia’s largest fresh fruit and vegetable supply chain operations, sold the 7,188sqm site at 360-374 Whitehall Street with vacant possession.

The low-site-coverage Yarraville property has a 2,508sqm facility, with warehouse, cold-storage and office space and an expansive canopy, with the sale representing a building rate of $3,528/sqm over the GLA.

A local investor has paid $2.525 million on a 4.1 per cent yield for a retail investment with a 10-year lease to the ANZ bank at Oakleigh in Melbourne’s south-east.

Located at 40-42 Atherton Road within Oakleigh’s key retail and commercial precinct, the strata property comprises a double fronted, 278sqm retail space with 10 metres street frontage, and both on-street and council car parking in the immediate vicinity.

The property was sold subject to a 10-year lease, with options, to ANZ, at a current rental of $99,555 per annum net with 5 per cent annual increases.

The vacant former home of popular St Kilda Vietnamese restaurant Top Mo has traded from a Melbourne based investor to an owner-occupier for $1.4 million.

Located opposite the recently renovated Prince of Wales complex with frontage to one of Australia’s most famous retail strips, the shop 1, 12 Fitzroy Street property comprises a fully fitted, 195sqm restaurant with a liquor license for 100 patrons and on-site parking via rear access.

is serviced by first-class amenity and an abundance of Melbourne’s most exclusive hospitality and retail operators. The building is a stone’s throw away from the iconic $1.4billion Jam Factory redevelopment and cosmopolitan Chapel Street precinct.

The developer and vendor, Bill McNee, CEO of Vicland, occupies the top floor of his newly built office building and has been a resident in South Yarra for many years. The rest of the property is 100% leased to a range of A-grade commercial tenants providing a secure long term WALE of 7 years.

The Oakwood Hotel and Apartment in Brisbane’s CBD has been picked up by Oscars Hotel Group for a speculated $50 million. The guesthouse was originally picked up by the vendor, Mapletree Investments, in 2015 for $48 million.

Charter Hall has seized a rare opportunity to purchase Servico on Olsen, a fully leased, blue chip travel centre investment in Southport, in a $21.5 million off-market purchase that reflected a sharp yield of 5.15%.

The property was developed by Empirica Developments, a Brisbane based commercial developer.

The transaction was brokered by CBRE’s Michael Hedger and Joe Tynan.

The 10-room property yielded more than 150 enquires, with the transaction reportedly setting a record price per key for the Sunshine Coast of almost $400,000 per room.

The luxury boutique hotel has become insta-famous since being launched last year. Located on a 1,376 sqm freehold site, it features 10 luxurious suites, a magnesium swimming pool surrounded by a communal garden and seating area, a reception and café housed within a vintage, on-site van and chic cruiser bikes.

The four-year-old shopping centre encompasses 6,282sqm and is located at 20 Abernethy Road. Coles occupies two thirds with a further 11 specialty tenancies filling up the centre.

A Balcatta dive shop will be converted into a medical consulting facility after the property was sold for $1.05 million to a private medical investor.

Located at 283 Wanneroo Road, the 1,012sqm site was designed especially to be a dive shop and includes a rear indoor swimming pool. It is a zoned business and has a height limit of five storeys under the proposed Better Suburbs Scheme.

The property was sold by Ray White Commercial’s Tom Jones and Stephen Harrison.

A modern Port Adelaide office has been recently secured by Centuria for $62.75 million. The asset, which is fully leased to the SA State Governement, will be placed into an unlisted fund. Charter Hall originally purchased the building in 2017 for $43.6 million.

Located at 21-25 Nile Street, the six-storey building is situated within a major urban-renewal precinct – with the area expected to be home to 8,000 residents by 2041.