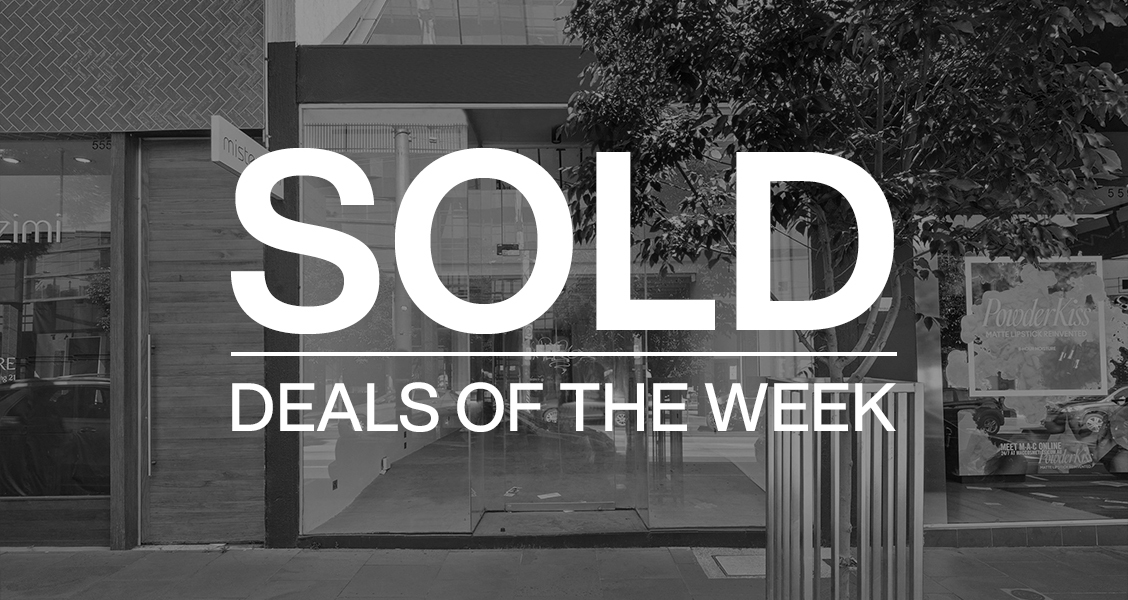 Located at 41 McLaren Street the heritage protected Harry Seidler designed complex was sold with an approved permit for a six-storey extension. The property sits on a 2,359sqm B4 zoned block.

A Parramatta office has recently been offloaded by Australian Unity who have secured a 5% premium to its June 2021 book value with $66 million.

Located at 32 Phillip Street the eight-storey property presents 6,759sqm of B-grade NLA with 101 car parks. The entire complex is tenanted by GE.

The Northside Hotel in Albury’s Lavington has been picked up by Harvest Hotels for $16.2 million.

Located at 305 Urana Road the deal also includes a bottle shop across the street. The hotel rises two floors with a bar, bistro, beer garden and 12 accommodation suites.

A sizeable land parcel in Greenvale with potential to yield circa 400 housing lots has recently been picked up by Jinding for more than $90 million.

Located at 1240 Mickleham Road, the 29.06 Ha landholding sits within the soon to be approved Craigieburn West Precinct Structure Plan and has around 22.97 Ha suitable for low density residential development.

MAB Corporation has sold two strata offices within its Yarraberg Workspaces complex for a combined $13.2 million.

The complex, located at 43-57 Blazey Street, is set to begin construction shortly and will comprise of seven storeys, with the top floor acting as communal rooftop space.

The biggest of the two offices recently sold presents 852sqm suite on the fifth floor. It was purchased by an owner-occupier, not-for-profit for $6.8 million.

The second office sits on the sixth floor and went to a financial services group for $6.4 million.

A local investor has paid $2.645 million at the extraordinary land rate of $19,307 p/sqm for a boutique retail/office space at South Yarra.

Located at 555B Chapel Street, the auction drew a significant response with four bidders pushing the price to $600,000 over the vendor’s reserve.

A B-grade Brisbane office has recently changed hands from Sentinel to Forza Capital for $41 million.

Located at 200 Creek Street, the 10-storey building is set to undergo uber-green refurbishment which is expected to cost over $9.5 million. The overhaul is expected to cut the assets emissions by 55% – offering a more efficient energy standard than a new building.

It was sold with about 66% occupancy of the 7,606sqm of NLA with tenants including Persolkelly, Ramsay Health Care and South East Queensland Water.

Industrial units at the new Eagle Farm Business Park have sold out in just six months, totalling $9,300,050 in sales. Titles for the 20-unit business park were released in April 2021 after the development was completed by Rida Corp in late 2020.

The properties were marketed by Ray White Commercial’s Jack Gwyn and Jared Doyle.

The Russell Island Shopping Centre has been snapped up by a Queensland investor for $7.2 million.

The sale was conducted by Ray White Commercial’s Lachlan O’Keeffe and Michael Feltoe.

Located at 80 King William Street and known as the William Grenfell Centre, the 12-storey, 8,373sqm asset is set to undergo a $30 million refurbishment.

The deal was negotiated by Knight Frank’s Oliver Totani and Guy Bennett with Savills’ Rino Carpinelli and Ryan Mills.

A multi-faceted essential services investment in Canberra’s Kambah has recently traded to a local high-net-worth investor for $18.1 million.

Located at 60 Jenke Circuit, the asset was developed in 2018 and encompasses a petrol station, childcare centre, gym, Hungry Jack’s restaurant and a showroom. It was sold with a WALE of 11.4 years.

JLL’s Dylan McEvoy and Gordon McFadyen were the agents.