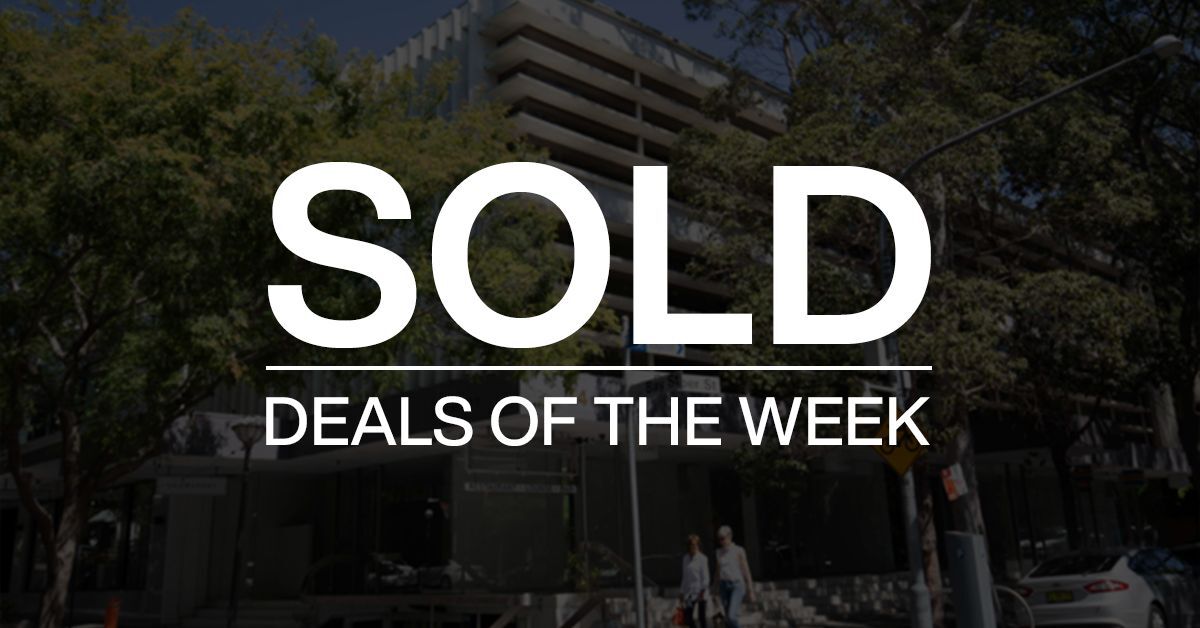 EPPING - $11 million
A private developer has successfully negotiated a sale off market to secure a corner development site, comprising of four lots, in Melbourne's north for $11 million.

The property encompasses three freestanding homes and was sold with plans and a permit for 10 townhouses. Situated at 246-250 Highbury Road in Mount Waverley, the 2,310sqm development site drew in seven competitive offers to purchase and was ultimately won by a local builder.

CHADSTONE - $1.66 million
A development site in Melbourne’s south-east has sold to a local developer for $1.66 million.

Holding address at 307 Huntingdale Road in Chadstone, the property was sold with a planning permit for an apartment project, which will transform the current three-bedroom house into a three-storey building, comprised of 14 apartments and basement parking with designs by JAM Architects.

DOUBLE DAY - ~$20 million
Development Group Fortis has recently purchased a heritage site located at 2A Cooper St in Double Bay for circa $20 million. The site is home to Gaden House, a modernist masterpiece by renowned architect Neville Guzman, which the new owners have announced will undergo a $6.5 million upgrade and refurbishment of the existing building. Prominent heritage elements such as the facade, concrete staircase, metal clad louvres, terrazzo podium and feature lighting circles will be restored, whilst bringing the existing building up to current compliance.

The transaction was negotiated by Peter Leipnik and Alexander George of BadgerFox.

SMITHFIELD - $12.75 million
KCS Investments, an importer and distributor of food products, has scooped up a warehouse in Sydney's west from a local investor for $12.75 million.

Located at 27 Chifley Street in Smithfield, the freestanding 1970s building offers 8,019sqm of GFA on a large 1.77-hectare block. The property was offered to the market with vacant possession, with the previous tenant having operated in place for more than 35 years.

ALBURY - $9.6 million
The Brady Railway Hotel in Albury, at the border of Victoria and New South Wales, has recently changed hands privately from the Attwood family to Harvest Hotels, an unlisted Sydney fund, for $9.6 million.

JLL’s Ben McDonald managed the deal, which was never offered for public sale.

Original vendors, Silverstone Developments, agreed to sell the site to Mater Misericordiae Limited, who then sold the asset with leaseback to the Charter Hall REIT.

Located at 14 Strattan Street, the 11-storey, A-grade workplace encompasses 9,088sqm of NLA and will become Mater’s headquarters. The not-for-profit organisation will be responsible for the building’s fit out, set for completion mid-next year, with the lease signed until 2031, with two five-year options.

ORMEAU - $43 million
A cold storage shed on the Gold Coast is the latest acquisition by industrial property landlord Centuria Industrial REIT (CIP) as it spends $43 million to take it total purchases past the $500 million mark within the current financial year.

Leased to Competitive Foods Australia group (6.5 years remaining), the 2.1 hectare property encompasses a 9,554sqm located at 1 Lahrs Road in Ormeau – within the Yatala Enterprise Area. The vendor, logistics firm ESR Australia, originally purchased the property for $29 million back in 2015.

Currently leased to Timberlink (who have recently renewed for 11 more years), 13 Modal Crescent was originally purchased by the vendors in 2017 for $10.1 million. The 1.9-hectare property includes a 5,477sqm warehouse and modern office.

FORESTVILLE & PROSPECT – Undisclosed
Two inner-Adelaide development sites, in Forestville and Prospect, have been divested by German retailer Kaufland and secured by Renewal SA, a government arm which intends to transform the spaces into residential and mixed-use communities. The two sites were part of a portfolio of nine listed by Kaufland in February.

Plans by Renewal SA indicate that around 482 dwellings will enter the fold, with around 30% allocated for affordable/social housing. Retail and commercial product spaces have been included as well.

The sites encompass 3.6 hectares at 10 Anzac Highway Forestville and 2.4 hectares at 250B Churchill Road Prospect.

Colliers International’s Alysia Reilly is responsible for the sale of the portfolio.

The 6,407sqm neighbourhood shopping centre, located in Palmerston, is anchored by Woolworths and BWS, with an additional 10 specialty tenants included too. The asset marks the last to sell out of a portfolio of four properties that Woolworths took to market in February.