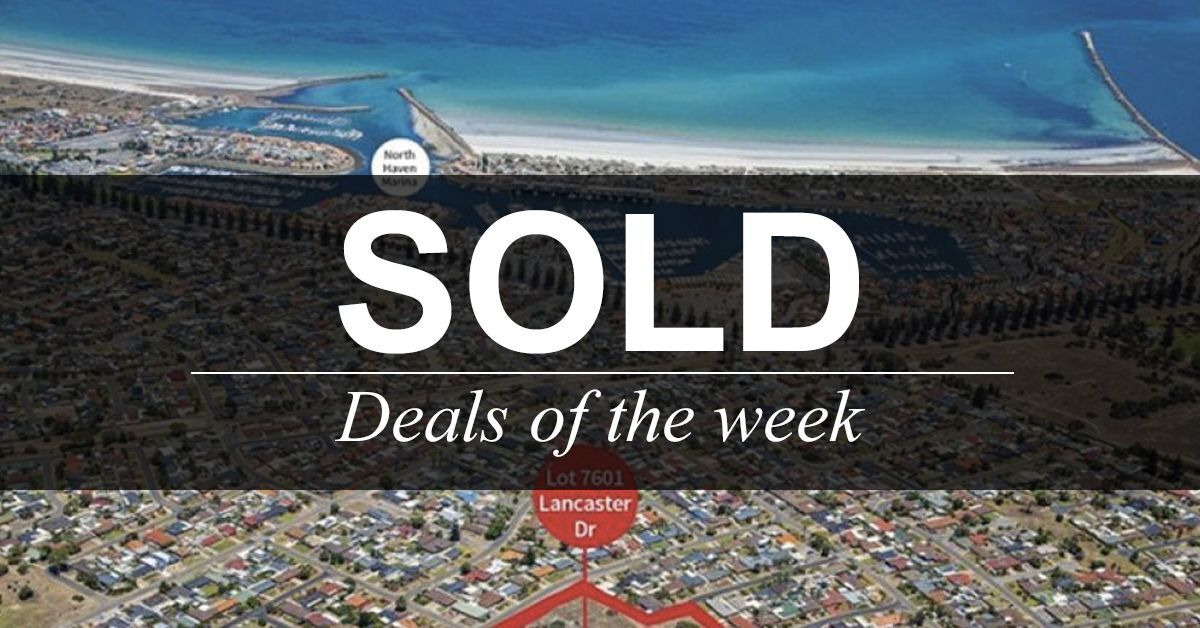 CORIO - $44.25 million
Primewest, a WA-based fund manager has added to Third Diversified Income Trust, with the recent acquisition of the Geelong Gate Lifestyle Centre in Victoria for $44.25 million.

PORT MELBOURNE - $7.285 million
An office/warehouse at 115-119 Salmon Street in the inner Melbourne suburb of Port Melbourne has been sold to a private investor for near to $7.3 million.

The building is currently on a seven-year lease with options to Alliance Insurance and is situated within the Fisherman’s Bend Urban Renewal Precinct. The 2,043sqm site offers a 1,888sqm building, with breakout spaces, a gymnasium and amenities in addition to 17 on-site car spaces.

COLLINGWOOD - $3.55 million
A vacant office in the heart of Collingwood has sold for $3.55 million to a private owner-occupier, further validating the strength of this highly sought after commercial precinct.

The half-floor office on level 1 of 68 Oxford Street, located in the historical Foy & Gibson building, was sold in an off-market sale handled by Colliers International’s Raphael Favas and Ben Baines.

SYDNEY - $630 million
Charter Hall has partnered with Abacus to purchase 201 Elizabeth in Sydney’s CBD for $630 million. The partnership comprises of a 68% and 32% split respectively.

The property comprises a prominent A-Grade commercial building with 34 levels of office accommodation over 36,983sqm of NLA, above a lower ground food court (12 retail tenancy areas over 1,428sqm of NLA) and two levels of basement parking for 169 cars.

The new Pitt Street metro station, anticipated to open in 2024, will be located diagonally opposite the property further improving public transport access.

The sale was negotiated off-market with the vendor, which comprised of a 50/50 joint venture between Dexus and Perron Group.

LEICHARDT - $153.2 million
GPT Property Group have relinquished one of their neighbourhood shopping centres in Leichhardt in Sydney’s inner-west to a private local investor for just over $153 million. The Coles-anchored centre comprises 11,800sqm with a further 50 retailers attached.

Within the property group’s portfolio is the high-profile Melbourne Central Shopping Centre, which recently overtook Mirvac's Broadway as the most productive shopping centre asset in Australia. GPT decided to sell Norton Plaza in Leichhardt as part of their broader efforts to refocus their portfolio on super-regional malls.

The multi-storey venue, on the corner of Griffiths and McLean streets in Coolangatta (just a block from the beach), was bought by Matsal Group for $5 million in 2005.

Pub specialist HTL Property brokered the deal and commented that the sale was the highest price paid for a SEQ freehold hotel this year.

WACOL - $9.3 million
A private investor has swooped in to acquire the QLD Aggreko headquarters, within the Motorplex at Westgate Estate, for $9.3 million.

Situated at 18 Bivouac Place in Wacol, the site is underpinned by a strong income stream of $585,000 per annum for 10 years – a pre-lease which was negotiated earlier in the year.

GOSNELLS - $5.1 million
A 7-Eleven service station in Gosnells, to Perth’s south-east, has tipped over $5 million in a recent sale.

Holding address at 303 Corfield Street, the 1,945sqm site sits opposite the IGA-anchored Corfield shopping centre and adjoins a 3.27-hectare site with development approval for a 36-lot residential subdivision.

The property was sold with a new 15-year lease to the 7-Eleven service station.

PERTH - $1.3 million
An office building at 115 Newcastle Street in Perth, has sold to an owner-occupier for $1.3 million.

The well-designed and central office building, which has an open-plan design and two staircases to the upper floor, attracted 29 inquiries and reveals strong demand for office properties priced under $2 million, according to Colliers International.

Colliers International selling agent Shane Isaacs said that most of the inquiries came from owner-occupiers wanting to take advantage of market conditions in Perth to secure their own office building.

“Perth office buildings in the sub-$2 million price range are tightly-held so when they do come to market there’s a fair bit of interest,” Mr Isaacs said.

Lot 7601 Lancaster Drive in North Haven was presented for sale by the SA State Government who are getting ready for a $90 billion federal government investment in the region over the next 10 years.