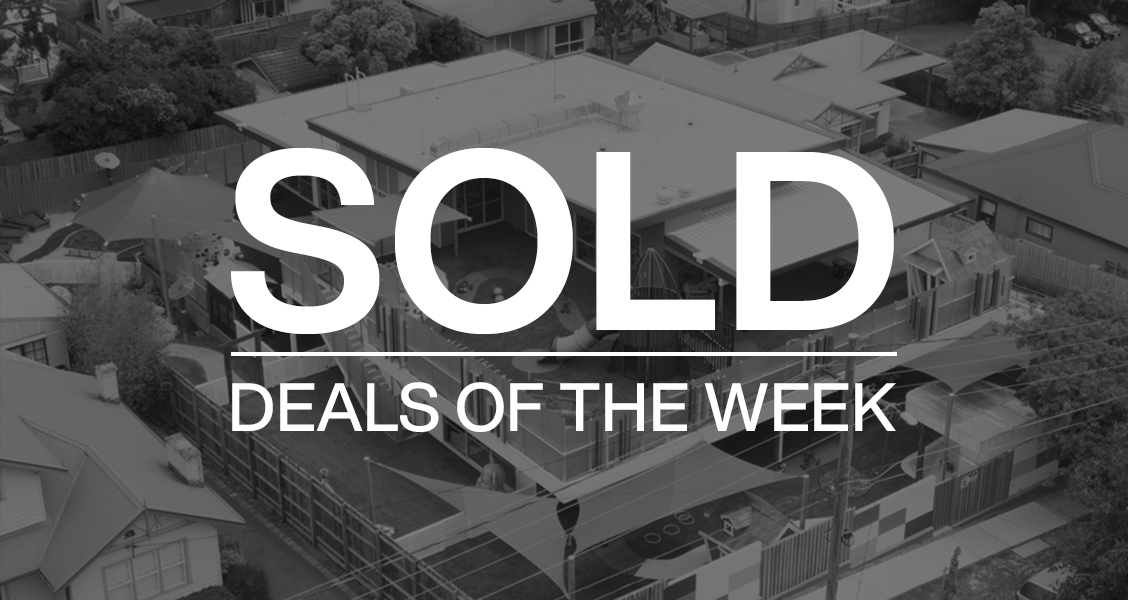 The agreement deal will see LOGOS fund and deliver the balance of the western Sydney estate, including distribution centres under construction for Woolworths.

LOGOS fended off Charter Hall, ESR, Goodman and Dexus in partnership with KKR, who were all vying for the investment. The deal still requires approval from the FIRB.

An office/warehouse in the western Sydney suburb of Fairfield East has traded hands from ESR Australia to a private investor for $32 million.

Located at 44-46 Mandarin Street, the 2.71-hectare rectangle shaped site presents a 20,085sqm two storey multi-tenanted building, with recent upgrades to the lifts and vacant office spaces. The property is leased by the Plumbers Supplies Co-operative, ORS Group and Woodville Alliance.

An ex-Bunnings asset in Bella Vista, 33km north-west of Sydney’s centre, has been picked up by Centuria Industrial REIT (CIP) for $26.25 million.

Holding address at 8 Lexington Drive, the recently extended property forms part of the Norwest Business Park and presents a 7,678sqm warehouse with a 591sqm office on an overall 1.7-hectare landholding.

Rio Developments has completed a $10.595 million sell-out of its 10 Brumby Street, Seven Hills industrial development following the sale of the final unit to IKON Services Australia. The national commercial cleaning and facilities management company acquired the 298sqm unit for $1.15 million in its first Sydney acquisition.

The deal completes the sell-out of the 10-unit estate, which totals 2,652sqm. The 3,778sqm site was purchased by Rio Developments in 2017 and CBRE subsequently provided advice pertaining to the sell down of the planned strata estate.

A 32.43-hectare site covering in Batesford, 10km north-west of Geelong, has reportedly been picked up by a Melbourne based operator for a speculated $32 million.

Located at 305 and 375 Ballarat Road, the property has the potential to yield approximately 500 lots.

A convenience retail investment in Torquay has sold under the hammer for $8.355 million

The 4,001sqm surf coast complex presents a Shell service station and a mycar Tyre and Auto (formally known as Kmart Tyre and Auto) with leases until 2049, as well as a small hospitality tenancy on a seven year lease.

Melbourne developer Bridport Property Group has sold a recently completed childcare centre in Ringwood to a Chinese Investor for $8,200,888.

The 117-place, two-storey building at 30-32 Grey Street is currently leased to operator Kids Club Child Care on an initial 15-year lease, with two further options of 10-years each. The large 1,677sqm landholding has a rental income of $450,000 per annum, plus GST and outgoings, with annual rental increases of 3%.

A landmark aged care facility in Melbourne’s bayside suburb of Cheltenham has sold to an international investor for $5.8 million amid growing investor interest in the sector.

St James Terrace operates 45 beds, with the tenant having purchased the business in 2013 on a five-year lease with an additional five-year option. The 3,266sqm site at 294-296 Warrigal Road, Cheltenham, is zoned general residential and offers long-term development opportunities in Melbourne’s south east.

“We are fielding growing interest in these investments from both international and local investors, very similar to the market we saw for medical centres in 2015 and 2016.” Mr Tat said.

“Despite some of the sentiment around aged care in 2020, investors continue to gravitate towards the sector, largely drawn by the fact these properties are land-tax exempt while they are being used as an aged care or supported residential services facility.”

The first and highest valued of the three assets sold was 147-151 Devonshire Road in Sunshine, which transacted to a local owner-occupier for $3 million excluding GST; representing a land rate of $1,285.00/sqm. The highly sought multi use site provides a significant opportunity to revive its original use as a Service Station, Car Wash & Mechanical Repairs. The property will join the incoming owner’s already expansive interstate portfolio of service stations.

The second sale took place in Sunshine North at 30 Steers Street seeing $1.8 million traded for the industrial site. The property was sold to an investor with a transport tenancy in place, taking full advantage of the two existing warehouses and generous concrete hardstand.

The third sale involved a commercial office suite at 30-32 East Esplanade in St Albans, trading for $380,000.00, with a building rate of $5,205.00/sqm. The property was purchased by a local accountant who decided after many years of leasing in the immediate area, to purchase his own office suite with lift accessibility and two on site car parks.

[email protected] – consisting of nine industrial/commercial units and one house – has sold out less than two months after titles being issued for $5.679 million.

The industrial/commercial unit sizes at 44 Milsom Street ranged from 134sqm to 245sqm and sat on a 1,839sqm site. The units were designed with modern finishings, rear windows boasting city views, and great natural light.

The properties were marketed for both sale and lease by Ray White Commercial’s Jack Gwyn and Jared Doyle.

A Sydney syndicator has purchased the Target-anchored, Bundaberg Central shopping centre at 13 Tantitha Street. The sale price of $4.2 million was achieved after a successful expressions of interest campaign which attracted 60 enquiries.

The asset was marketed and sold by Ray White Commercial’s Stephen and Elliot Kidd.

A local Sunshine Coast buyer with a vested interest for the hospitality industry has snapped up an outstanding commercial strata investment. Currently home to the popular “One Up Bar” located directly opposite the glistening oceanfront, along the popular Mooloolaba retail strip.

The property was sold by Savills Australia’s Jason O’Meara and Scott Gardiner.

A local businessperson has snapped up a well-presented warehouse/office in the Perth suburb of Bibra Lake (36 Cocos Drive) for $2.025 million.

The asset was marketed and sold by Ray White Commercial’s Stephen Harrison and Enrique Reyes.