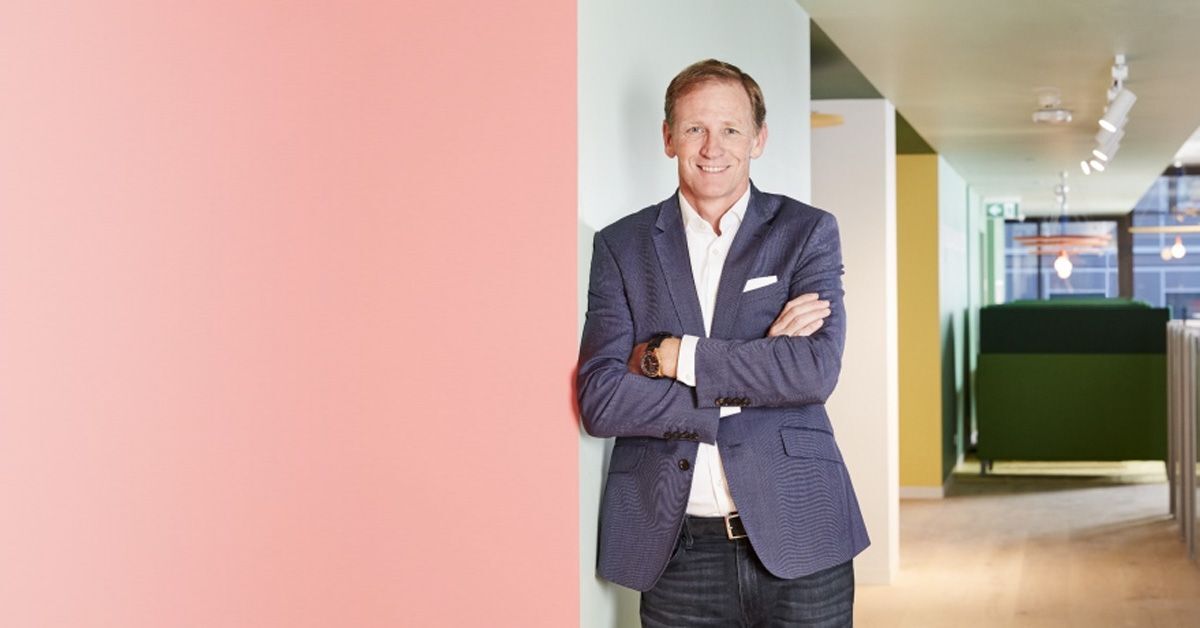 “We realised back in 2013/2014, that the growth that had occurred in student accommodation across the UK, Canada, the USA and Japan, was coming to Australia. It was always destined to happen, there was no justification for us not having a student accommodation solution in the education space.”

Craig Carracher co-founded Scape Australia with Stephen Gaitanos in 2013, with the vision that built-to-rent student housing was going to be a big deal. As the succeeding seven years reveal, they were right on the money, with now over 18,000 student beds in Scape’s portfolio plus plans for another 20,000 within the next 5-years.

From Attending 13 Schools To Delivering Pizza To Law Plus More!

“I ended up at about 13 primary and high schools, then went to three universities, one in Sweden, one in England and one in Australia. I’ve moved around my whole life and with that I learnt to embrace change and, importantly, I learnt how to adapt and evolve quickly.” Craig Carracher told DevelopmentReady during a recent interview.

To scroll through Craig’s employment history is to scroll many more times than you thought could be possible. From humble roles as a pizza deliverer and stacking shelves at Coles, Craig went on to study accounting and law at university before joining the Supreme Court of NSW and then the Federal Government at the Australian Securities and Investments Commission. Since then he’s travelled the world, founded several enterprises, is the President of Volleyball Australia and is the Director of the Australian Olympic Committee.

We have only scraped the surface of this impressive career but to dive deep into it would take innumerable pages. As such we’re going to steer you towards his early years, of which none were more formative than the four Craig spent at Minter Elison in Thailand.

“I have had a myriad of jobs and a hodgepodge of a career. But after having spending considerable time in Thailand, and I’m still visit there quite a bit, it’s become my second home.

“My education there, in conducting business in foreign jurisdictions, was vast and rapid. I learnt about the extreme complexities that exist when dealing with other nations. I learnt that Australia’s role in Asia and Oceania is sometimes a little too arrogant. I even discovered some prejudices that I held regarding that part of the world, which I thought I definitely didn’t have. It was a remarkable and incomparable time of my life.”

It was while in Thailand that Craig met with a famous Australian in what was to become a pivotal moment in his life. James Packer had flown into Bangkok to especially discuss a new role that his father Kerry and Kerry’s general counsel thought Craig would be well suited for.

“I got in the car after that meeting and told my driver, who spoke no English at all, ‘that meeting just changed my life’ – and it really did. Being around that calibre of people and the considerable working environment fuelled me with experience and expertise unlike anyone could dream of.”

After about a year of working with the Packers, Craig started to realise that he might unknowingly be a ‘real estate guy’.

“I was speaking with James Packer and he didn’t think of himself as a real estate person either, even though he owned a lot of real estate in casinos around the world. Although I taught property law at the University of Sydney as a tutor, and I studied every real estate course that I could while at university, but I didn’t really have an interest in it.

With this slight calling by his side, Craig left the Packers and joined Andrew Kerr to found Telopea Capital Partners. Andrew had just left Merrill Lynch at the time and brought with him a man named Stephen Gaitanos.

“Stephen came on as our junior, but now I think of him as my senior partner. He was more astute and more mature than either Andrew or me. We had a great relationship and it’s with Stephen that I went on to found Scape Australia.”

Scape was founded in 2013 on the principle that students deserved better housing options and that they would be willing to pay for it too. From 5,000 beds in 2014, Craig and Stephen have grown the business to more than 80,000 beds – and there’s more ready to come online over the next 24 months too.

“Back in 2013 there wasn’t any purpose-built student accommodation (PBSA) in Australia except for one building in Brisbane, which Urbanest had built. Stephen saw an opportunity to invest in a company in Brisbane that was managing student accommodation solutions for real estate owners who wanted to rent their rooms out to students. It really snowballed from that point.

“The numbers were just steamrolling, in terms of international students coming to Australia, post GFC in 2009 and 2010. We saw it as a moment of logic, it didn’t come to us in a dream one night, building PBSA just seemed logical.”

With each bed occupying around 30-40sqm of floor space, Scape Australia has been responsible for millions and millions of square metres of GFA development in Australia over the past seven years. Craig additionally noted that over the past two years within Melbourne, taking out one or two extraordinary residential developments, student accommodation has been the city’s largest construction contributor.

“Scape has gone from two guys out the back of a mining company’s office in Martin Place in Sydney, to 450 people. We have a total of around $8 billion of assets under management and of equity that we manage. In the last 12 months we’ve acquired our two largest competitors, Urbanest and Atira. It’s been a whirlwind, but it’s been great.”

The Elephant In The Room – COVID 19

The global pandemic we currently find ourselves in has dramatically impacted multiple property sectors including PBSA. With Australia’s strict border closing policy in place, seemingly until we can distribute an effective vaccine, one would think that the ambitious future that Scape is setting out to achieve would be put on hold; but Craig remains optimistic.

“On January 25 at 11am, we introduced a Coronavirus taskforce and began our strategy on that day. By the Saturday night that followed, the Prime Minister announced that he would be locking out China for international travel. We had a heads up on that a week prior and had already formulated a solution for students who were to be impacted by that restriction.”

Since the start of February, a significant number of students have been locked out of the country. Many of them live here and many have families here too, but they must wait until the Government decrees it possible for their re-entry. Craig is extremely empathetic with the frustrations and disappointment this pandemic has caused and is advocating for the restrictions to be eased sooner rather than later.

“I think we’ll see these students being able to return once we get all of the Australians home that want to come home. It shouldn’t be as binary as that, but that’s politics.

“We were at about 95% occupancy, but we were only able to get around 75% for the first semester of this year. Since then it has retreated down to around 50%-60%. Now that number is actually higher than first predicted and higher than most people realise, and the reason is that the students don’t want to go home. Given the opportunity, they have stayed on. We’ve had a record number of re-bookings by guests who plan to stay over the summer.

“We’re obviously above what I would call the threshold pain level, which is around 30-40% occupancy. I think at 50% and above, because the margins are there and we’ve been able to scale back our operational base and still deliver the service, I think most of our sectors have been able to navigate 2020 safely.”

A Reducing Population Forecast Is Still An Opportunity

While a number of reports are forecasting that population numbers will fall across Australia, Craig remains adamant that there lies considerable opportunity. If these forecasts come to be realised International students represent one of the largest cohorts of migration to Australia, and in that there is a lot of power. The government have recently announced extensions to the student visa entitlements beyond the completed degree courses, so now students can stay on in Australia for another two years once their course is complete.

“What we often see is that international students often evolve into applicants for permanent residency. Importantly for Australia, they are skilled migrants.

While student accommodation is at the core of Scape Australia’s mandate, it’s not hard to see that Scape are precisely a build-to-rent (BTR) company. The progression to general residential is natural for Craig, who sees the BTR sector as no longer an alternative asset class, but as a strong viable opportunity.

“Fundamentally it’s about providing accommodation solutions for humans to live in a more engaged way; in a post coronavirus world this is going to be a massive challenge for us all.”