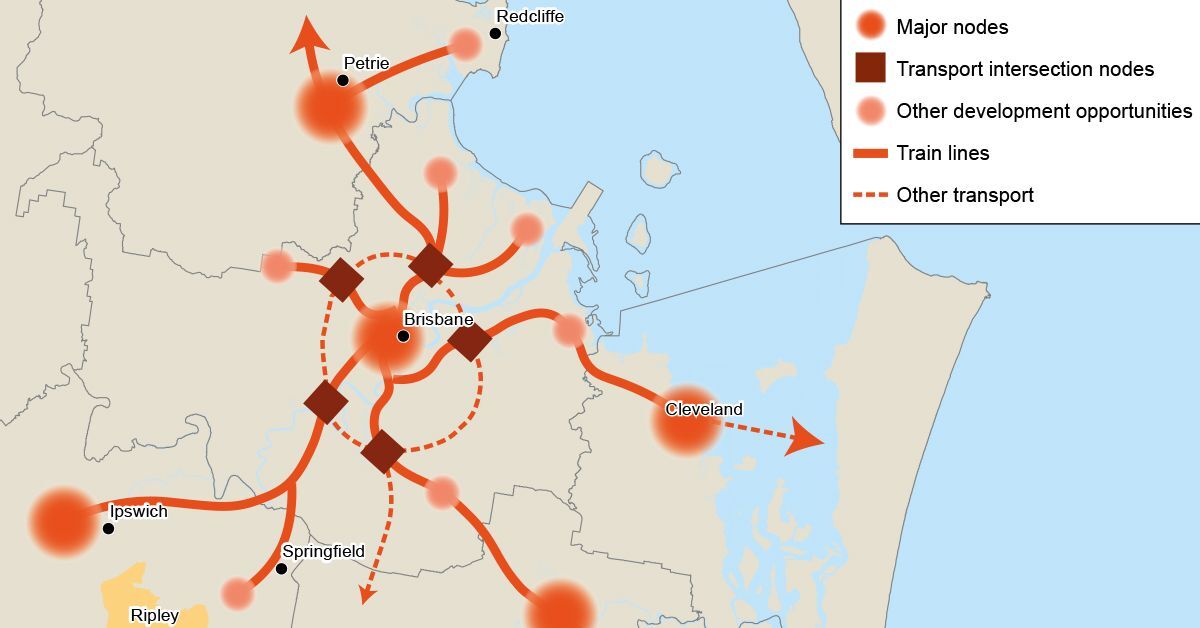 Predicting the future, the dips and rises in demand and supply, can be a risky game. Those successful at envisioning ‘what could be’, can reap rewards and status exponentially greater than those playing it safe. Minimising the risk is, however, incredibly important – you must ensure your predictions are never just guesses. One way of doing this, is simply staying more informed as to the planned projects around the country.

Australia is experiencing significant population growth and, as a result, infrastructure development around the country is booming. All levels of government have plans in place to shape Australia’s future; it’s in these plans that intelligent property developers find significant opportunity and formulate educated predictions.

Over the next few weeks, we’re going to dive down into some significant government plans and projects set for the horizon. Whether your development is planned to coincide with state infrastructure spending or you intend to land bank for a future cycle, staying aware of the major and minor projects from around the country, will help you see a broader scope of opportunities and keep you ahead of the curve.

As part of their Advancing our cities and regions strategy, the Queensland Government have identified eight economic and community zones, in which a range of renewal, redevelopment and repurpose projects have been, and will be, designated. The internal unit Economic Development Queensland (EDQ), will lead the delivery of these economic and community outcomes in these zones.

EDQ developments will contribute strong community benefits and catalyse job growth. More broadly, the projects have been established to meet government priorities such as innovation, affordable housing and expanded tourism.

The government has designated a Cross River Rail innovation and economic development corridor, stretching from Mayne Rail Yards through to Boggo Road, linking some of Brisbane's major research and innovation hubs, employment centres and community facilities.

The corridor project will look to incorporate developments that add value to the newly designated areas of economic activity. Of special interest are those projects that link and promote major facilities such as hospitals and universities, as well as major hubs of retail, tourism, entertainment, or sports activities that raise Brisbane's profile as a world-class destination.

The increased rail network capacity provided by CRR has the potential to benefit the entire region, not just within the innovation and economic development corridor.

Some of the areas set to benefit are Ipswich, Logan, Redlands and Moreton Bay.

EDQ will also investigate ways to improve the efficiency of the broader public transport network to take advantage of the increased capacity provided by CRR.

A number of vacant and underutilised state-owned properties, unrelated to CRR, have been identified for major urban renewal across South East Queensland.

Located within major population centres, the sites have the potential for infill developments that integrate residential, community and mixed uses, and provide significant community benefits.

The first project is the development of the Carseldine Urban Village on the former Queensland University of Technology Carseldine campus site. This will deliver an urban village incorporating bushland and open space with residential, and other opportunities, that will complement the existing government office precinct.

Investigations are currently underway in a number of precincts including: The site of the former Oxley Secondary College and the revitalisation of the Ipswich CBD in collaboration with Ipswich City Council and other state agencies.

Additional sites will be identified for future transit-oriented developments associated with multimodal public transport systems, especially the Gold Coast light rail system and the integration of bus and rail systems in Brisbane.

Many regional cities have large sites for health and educational services located at their fringes, however there is now strong demand for these essential services to be co-located within or near the city centres.

The Queensland Government recognise that the growth of successful knowledge economies relies on the clustering of economic activity to create the economies of scale and innovation culture needed to drive international competitiveness.

EDQ is also working with universities across the state to consider consolidating their facilities to free up surplus land. Possible uses for this include public and/or private hospitals, research institutes, student accommodation, medium-density residential, key worker housing and other community uses.

The Queensland Government is pursuing an update to its ageing, freehold housing product with a range of contemporary designed townhouses and emerging attached housing types with a mix of one, two or three bedrooms.

The new mix will provide more social housing stock through higher density housing better connected to public transport and it will also balance occupancy rates by providing an appropriate range of housing types for today's needs. It will also simultaneously reduce the maintenance costs of ageing stock and improve the balance of social and non-social housing in communities by selling some redeveloped stock on the private market.

EDQ has also started work with the Department of Housing and Public Works on a pilot project to renew two city blocks of social housing in Redcliffe.

EDQ will play a role in Queensland's drive to increase renewable energy investment by identifying large sites that have the potential to become large-scale renewable energy developments. Solar farms will be the main focus for energy generation, encompassing anywhere between one and more than 100 acres.

Solar farming on a large-scale will enable Queensland to deliver on its renewable energy commitments, while creating financial returns for regional land holders and jobs across the state.

Working with Ergon Energy, EDQ has already identified a number of potential sites close to existing Ergon Energy infrastructure that could be suitable for solar energy developments.

EDQ will provide planning, project delivery or funding for new infrastructure, or upgrades to existing facilities, considered to be a high priority by regional communities.

Eligible projects are to be proposed by local governments to meet a priority local need and generate or accelerate economic development or community benefit. The projects will contribute towards the liveability, attractiveness and amenity of a town and should foster sustainability of a regional or remote community, with recognition of those impacted by the mining downturn.

Opportunities include Ageing in Place pilot projects to address a critical shortage of housing designed for seniors.

Over the coming weeks we’re going to be further investigating many of these strategic zones and the development plans put forward by the state government.

Through this investigation we will uncover an abundance of opportunities able to be capitalised on by the right developer or investor. If you pay attention to the plans and development progress from around the nation, you can ultimately stay ahead of the curve.